As if Steve being announced for Super Smash Bros Ultimate on October 13 wasn’t big enough, Microsoft has just released a new Minecraft Live 2020 video which presents a number of new updates for the game coming soon. In addition, the video also highlights diversity initiatives which will be implemented in the future.

A digest of news is enclosed below:

First, a huge thanks to our growing Minecraft community – Since the start of the pandemic, we’ve seen an increase of 90% in multiplayer sessions and our community has grown to nearly 132 million players each month. Minecraft was also played in every country and territory around the world this year, including Antarctica and the Vatican City!

Sharing an update on Minecraft’s support for the Black community – Together with the Minecraft community, our support for the Black community and fight for equality continued on Juneteenth with contributions to the Black Lives Matter Global Network Foundation, Equal Justice Initiative, and the NAACP Legal Defense Fund. We’re proud to continue supporting organizations that fight for equality and equity in the world by making an additional donation announced at Minecraft Live to the NAACP Legal Defense Fund, bringing our total 2020 contributions to $2.15M.

Brace Yourself for…the Caves & Cliffs Update! This upcoming update for Minecraft will combine two highly anticipated improvements to the game: an update to caves, and the winner of the 2019 Minecon Live biome vote: mountains. At Minecraft Live, we showed off new blocks and capabilities coming soon, such as the copper ore, crystal geodes, telescopes, and talked about improvements to cave and mountain generation! We also revealed new mobs like the Warden, a hostile mob well adapted to the dark caves who reacts to movement instead sight, and the Axolotl, an adorable cave-dwelling water creature that can aid in battle. This is a massive update with a large variety of features to truly have something for all players, and we’re excited to release it for all supported platforms next summer.

It’s dangerous to go alone! Bring a friend when cross-platform play arrives to Minecraft Dungeons  –  Since launching in May on Xbox One, Xbox Game Pass, Windows PC, PS4 and Nintendo Switch, we’ve had players playing “Minecraft Dungeons” around the world and those players will all be able to join each other online regardless of platform when we enable cross-platform multiplayer in a free game update. 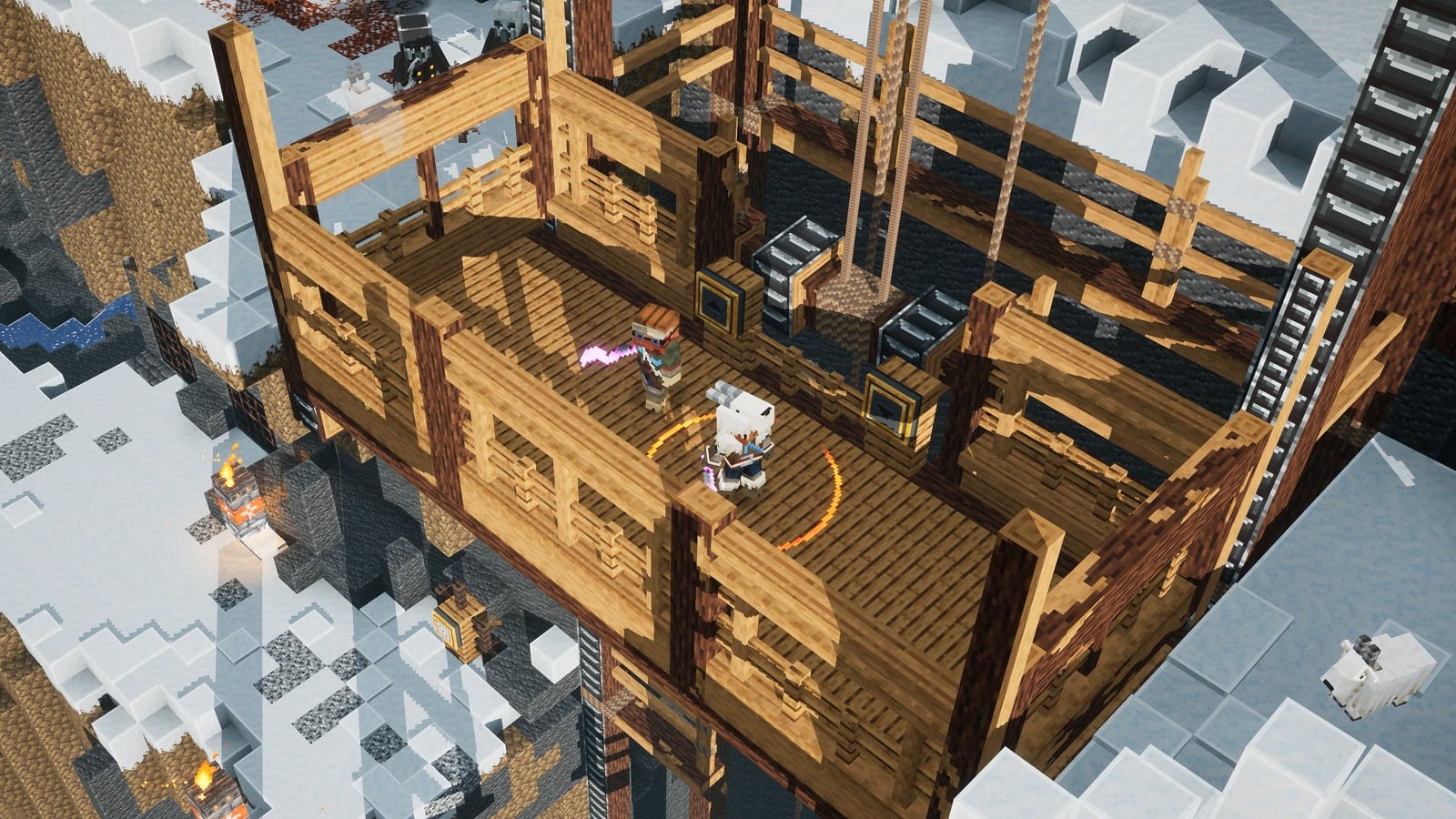 Brave the terrible tempests in Minecraft Dungeons’ next DLC Howling Peaks – Our Howling Peaks DLC will introduce a new boss – the Tempest Golem – who creates a storm of howling winds from the top of perilous peaks. New missions, items, and mobs await in this stormy conflict! And coming soon, we’re releasing a free game update that introduces “Apocalypse Plus.” This is a set of 20 new difficulties available after Apocalypse VII, adding significant challenge while also increasing the power ceiling for characters in the game. The update also adds new enchantments and new unique items.

Build a better tomorrow in Minecraft: Education Edition’s Global Build Championship – “Minecraft: Education Edition’s” first international design competition will challenge students to design and build a space that supports a healthy environment for both humans and animals simultaneously. Educators can register their student teams at aka.ms/MinecraftEducationChampionship for a certificate of completion & the chance to win Minecraft prizes! 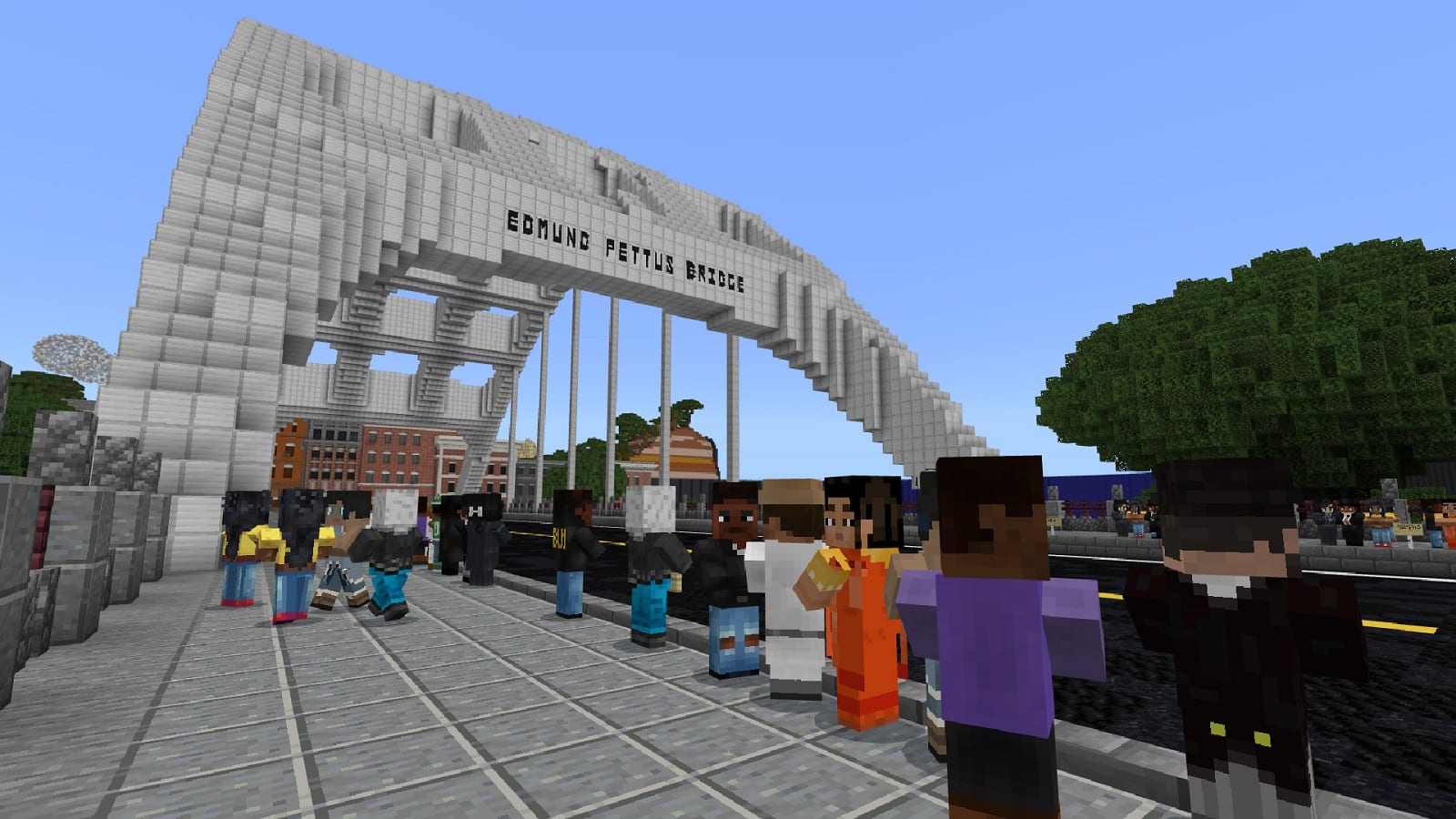 Minecraft: Education Edition introduces new Lessons on Racial Equity and History – “Minecraft: Education Edition” premiered its new “Equity and Inclusion” lesson category for the classroom program, which includes the map “Good Trouble: Social Justice Movements Around the World” that will come soon to the education category of the Minecraft Marketplace for all players for free. “Good Trouble” is a map that takes players on a journey through historic civil rights movements and their leaders, based on the teachings of activist and US Congressman John Lewis.