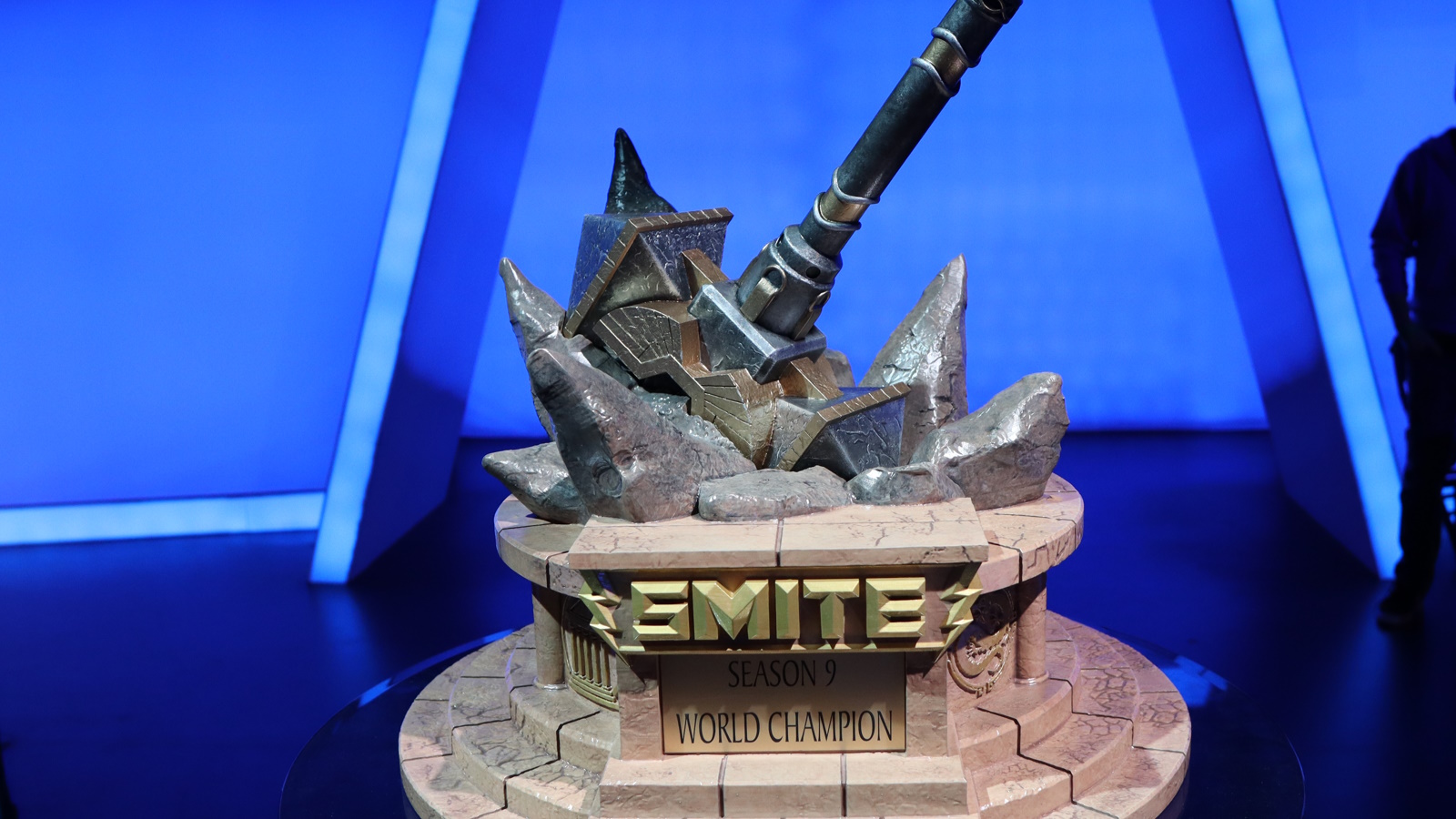 To say that we were excited and beyond thankful to be invited to cover this year’s Smite World Championship in Arlington, Texas is an understatement. My husband David and I have been playing Smite since beta…that’s an entire 10 years and counting. He has drifted in and out of a few games we used to play together, but Smite is our game. We play together every single night. So to be there live, at this year’s 9th Smite World Championship, with full access to everything was a dream come true.

There’s a saying, ‘don’t meet your heroes’, and that has been true for several celebrities and musicians I have met over the years. But the entire experience we had over this weekend was nothing but fantastic, and I have come out of it with even higher respect for the Hi-Rez employees and the Smite Pro League players.

Every single Hi-Rez/Titan Forge employee we met was beyond accommodating. From the moment we walked in, they made sure we were comfortable and had everything we needed. Being one of the few press that were invited for the event, we had full access to talk to all of the SPL players. We got to chill in the players lounge with the teams while we worked, and we even got clearance to bring our 8 year old kiddo, who has been actively playing Smite since he was 5. The SPL players were so great with him, and a special shout-out to Dzoni for teaching him how to play a mean ping pong game. 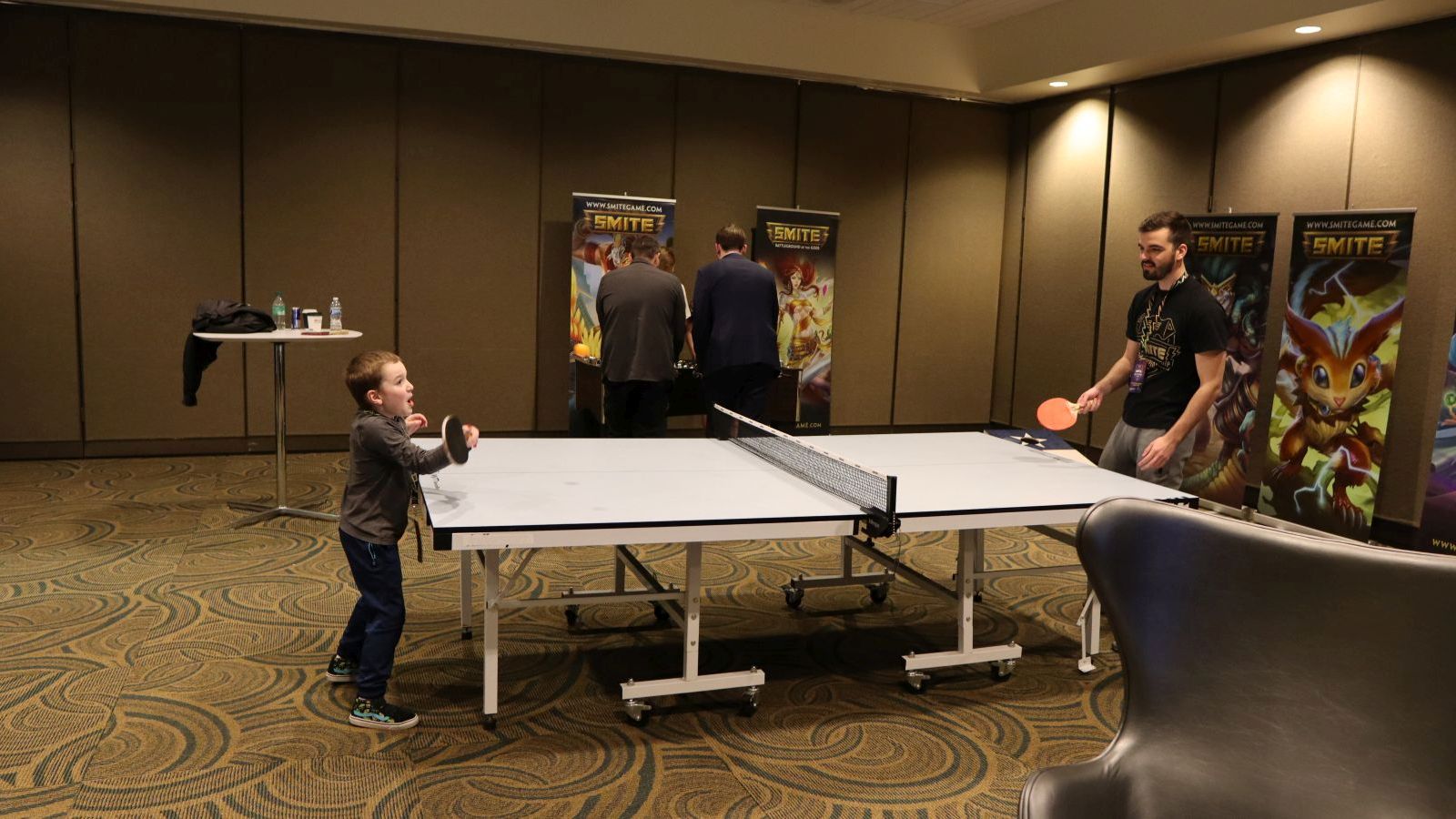 A glimpse of the player lounge, Dzoni and mini Hudspeth playing ping pong.

It was surreal to mingle with all the people we have watched online for so many years. One of the first things we noticed is the camaraderie between the teams. We loved seeing all of the players cheering on their fellow SPL friends, both back stage and within the crowd. Sure, taking a loss is hard, but that didn’t stop the players from the eliminated teams cheering on their fellow SPL comrades. I caught a lot of backstage banter in the hallways, and everyone was super humble and thankful to have the opportunity to be at the SWC.

Outside of the pro players, we were sharing the same space with the casters, devs, and even the CEO himself, Stewart Chisam…who happens to be an incredibly humble human being. You can catch our interview with him here.

The last two years of the Smite World Championship were broadcast online because of Covid-19 restrictions, and the fans were out in full force this year. The tickets to SWC S9 sold out in minutes. The crowd was electric. We were in and out of the arena trying to get footage between interviews, and there was hardly an empty seat for us to claim in our downtime. 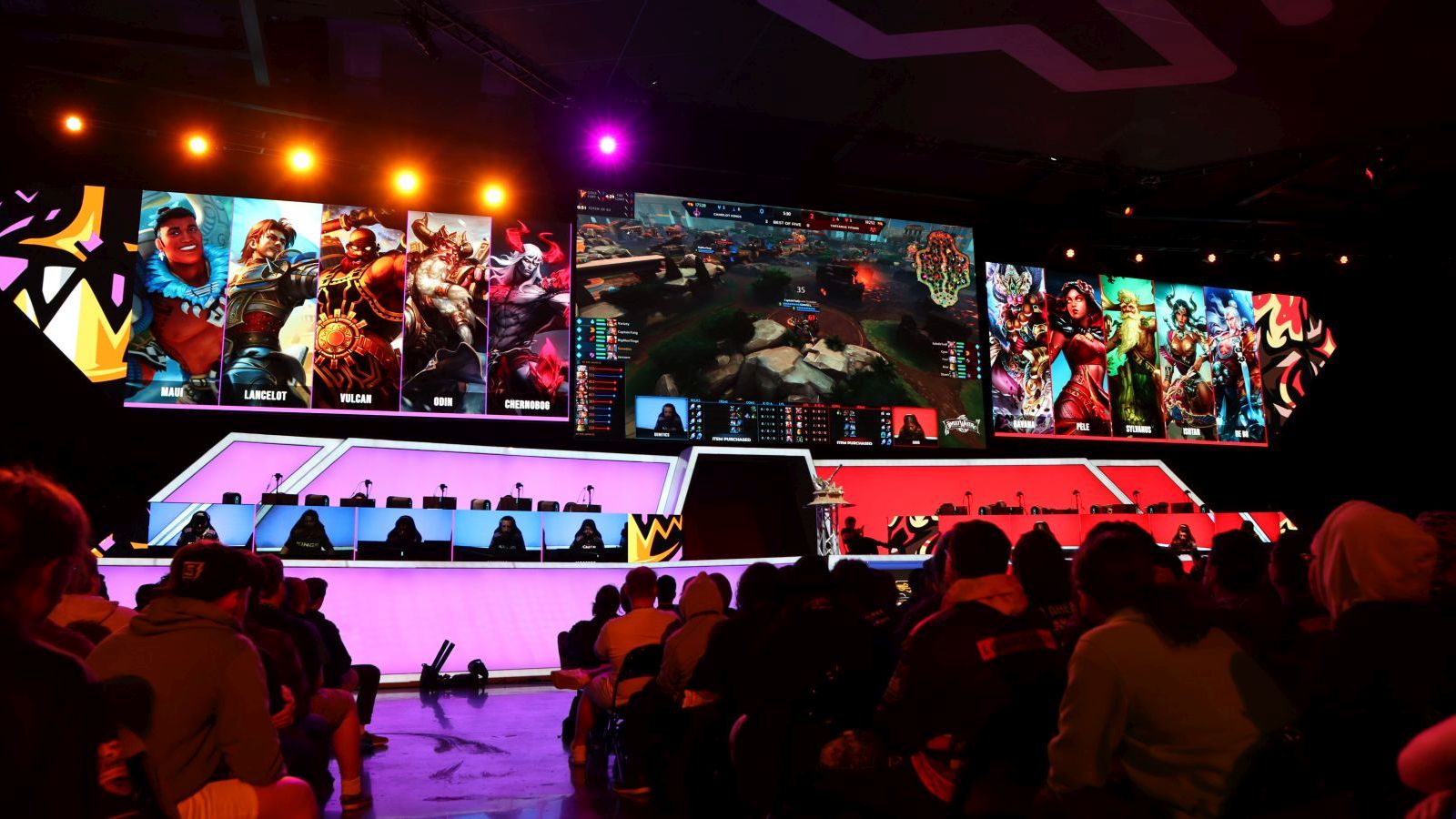 On day 2 we were seated two rows in front of the shirtless super-fans who were responsible for the constant crowd waves and chants. NeilMah’s mom was so excited to be there, and was getting the fans going on several occasions. The crowd decided they wanted to cheer for every single thing the SPL players did, be it claiming the Totem of Ku, or getting the red buff. It was a wild time.

The day 3 finals saw the Camelot Kings go up against the Tartarus Titans. While the Titans played their hearts out, the win ultimately went to the Camelot Kings with a 3-0 victory. We were fortunate enough to snag an interview immediately after with Kings support player, Genetics, which you can find below. We also chatted with CaptainTwig on Day 1 of SWC, which is here.

There were also a bunch of announcements made at the event, and with this being Smite’s 10th anniversary there were some pretty big ones. You can read all about it here, but some of the highlights are the new God, Surtr the Fire Giant, which will be a lane bullying warrior, the gorgeous reveal of the new Conquest map, and a Magic the Gathering crossover event that will feature ten skins in total. The first five MtG skins, along with Surtr and the new Conquest map will all be live on Tuesday, January 24th. 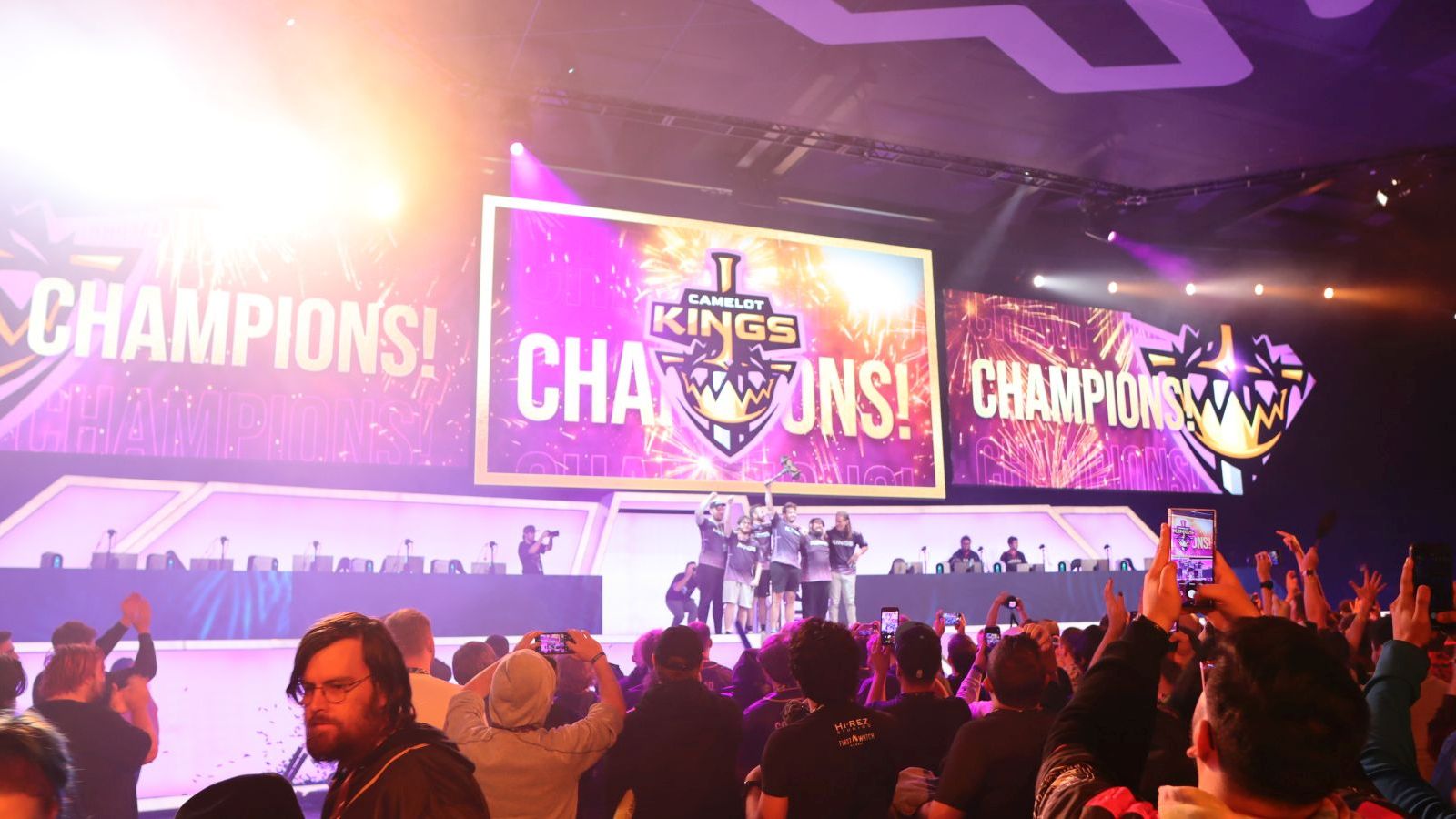 Not only was it a fantastic time at our first SWC, but it’s been so enjoyable to see Smite grow and evolve over the last 10 years. My husband and I can’t wait to see what comes next, and are thrilled to see more fans than ever, both new and old, embracing this game that we love so much.

Hi-Rez has a truly fantastic team of people running the show, and it was a pleasure to see how everything works behind the scenes to get a show the size of the Smite World Championship up and running. You can check out all of our interviews on the Gaming Trend YouTube channel.