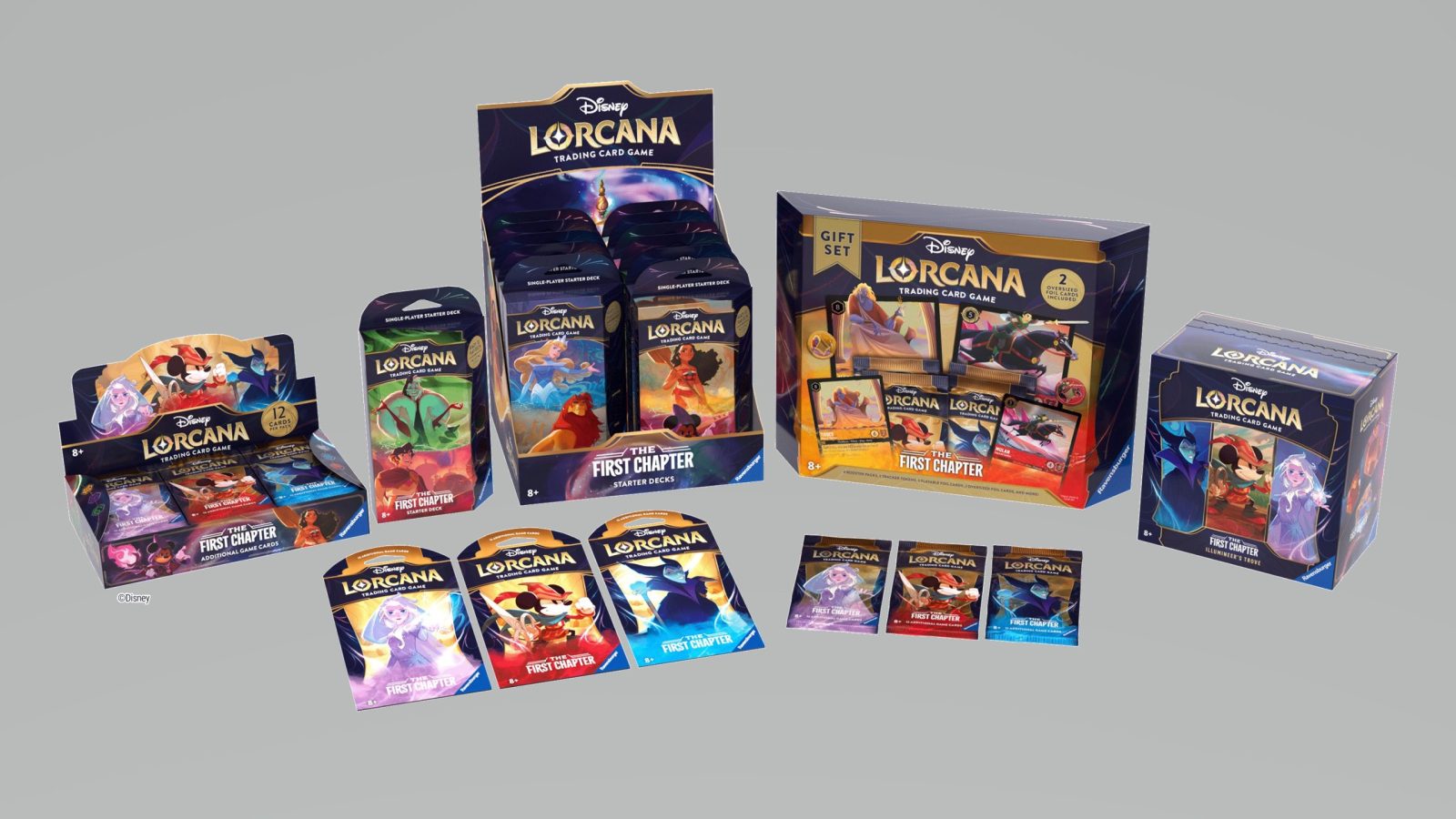 Ravenburger has announced that they will release the first set of the collectible trading card game Disney Lorcana in August of 2023. Disney Lorcana: The First Chapter will feature all-new, original illustrations of beloved Disney characters on more than 200 collectible cards which will be available via three starter decks, a gift set, booster packs, and the “Illumineer’s Trove.” Disney Lorcana playmats, card sleeves, deck boxes, and card portfolios featuring Disney Lorcana art will also be available. Read below for more info: 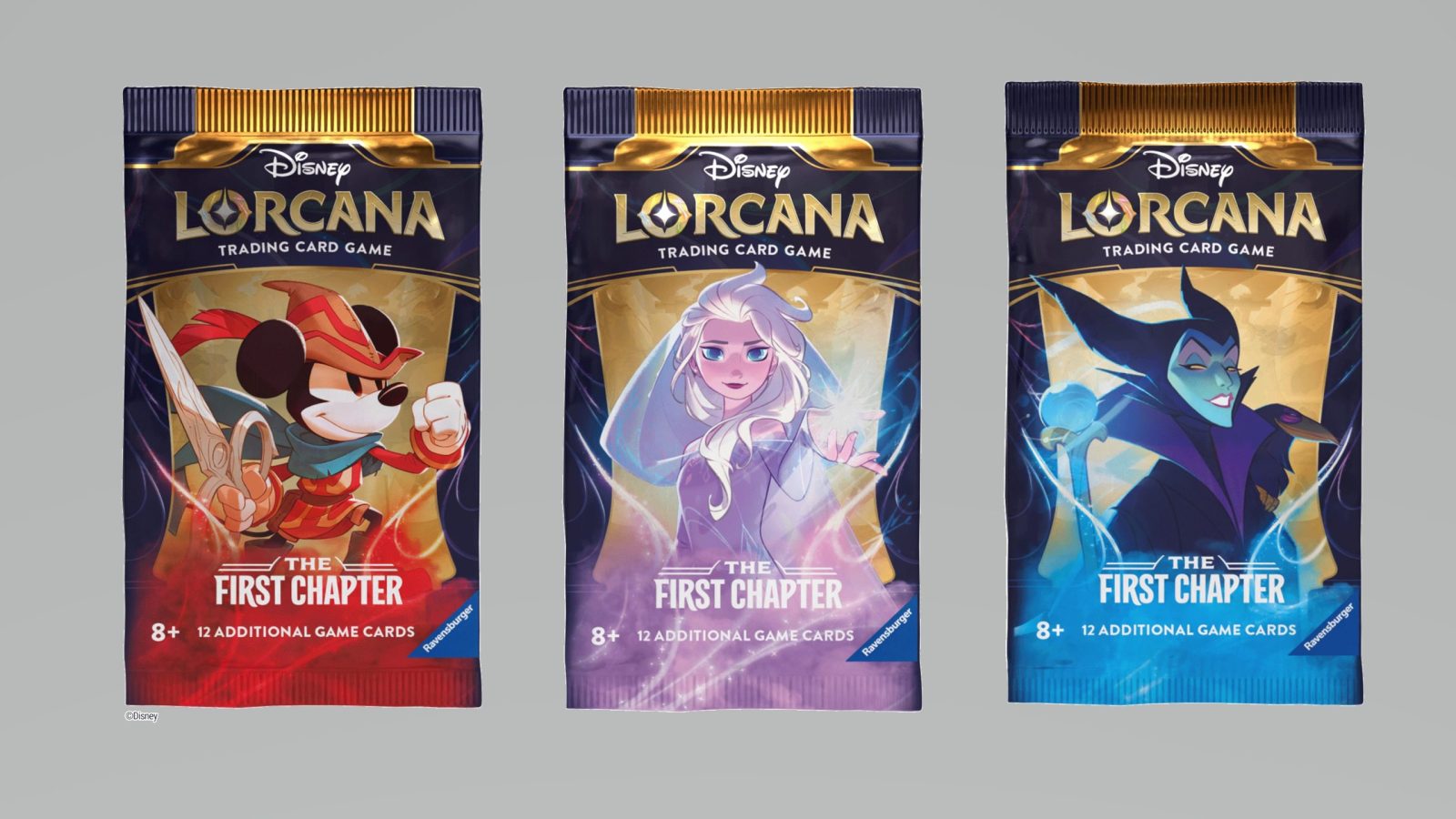 Disney Lorcana: The First Chapter will include more than 200 game cards that will be collectible via three starter decks, a gift set, booster packs and the “Illumineer’s Trove.” To help further immerse players in the world of Disney Lorcana, themed playmats, card sleeves, deck boxes and card portfolios featuring Disney Lorcana art will also be available at launch.

Starter decks will provide a balanced and ready-to-play game deck. Players will be able to choose from three different options that each include a specific list of 60 cards in two of the six “inks” — Amber and Amethyst, Emerald and Ruby, or Steel and Sapphire. Starter decks will also include one booster pack and game tokens. A booster pack will contain 12 randomized game cards, including one foil card and two cards with rarities of rare, super rare, or legendary. 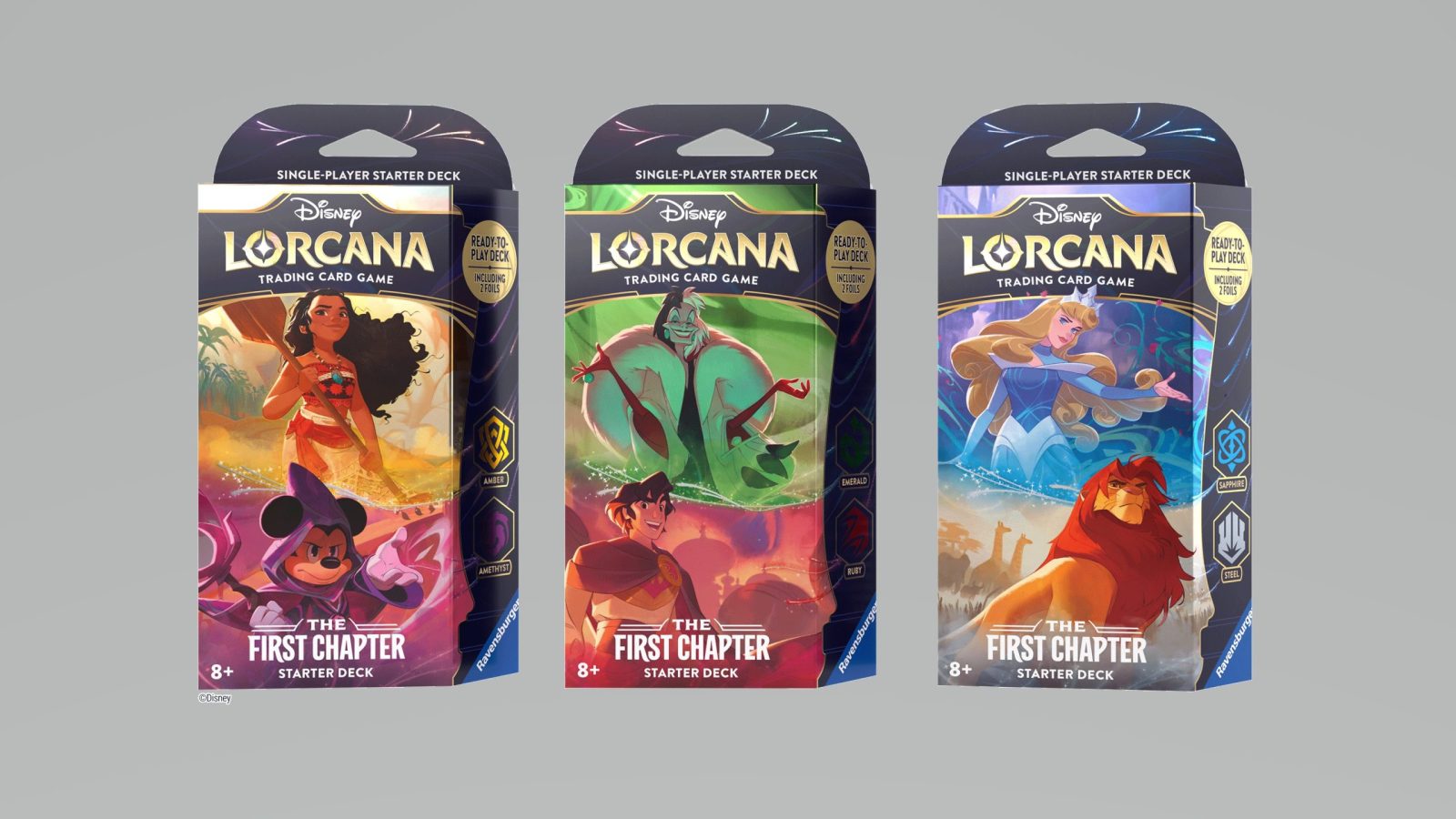 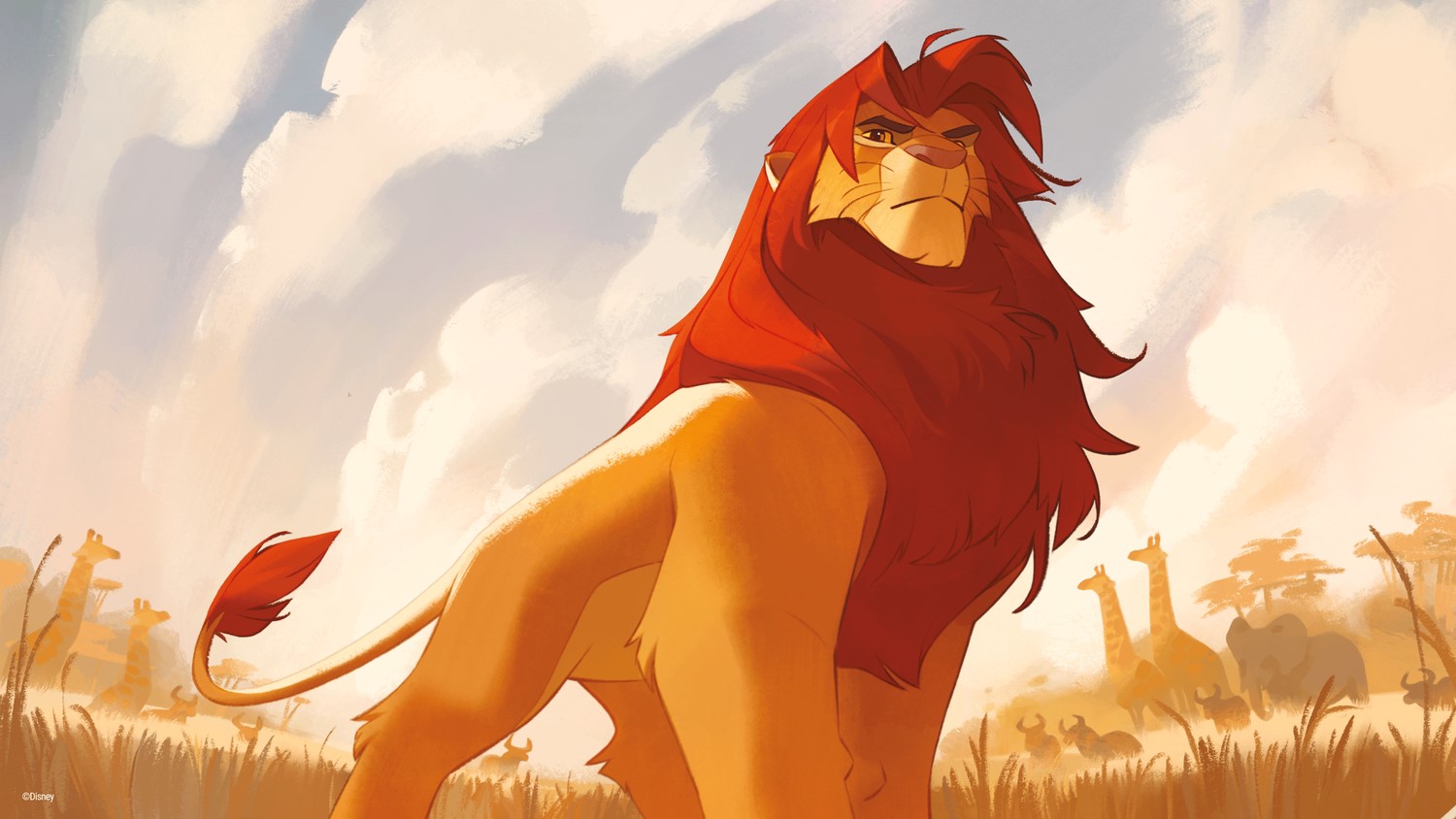 The Illumineer’s Trove will be the ultimate introduction to Disney Lorcana: The First Chapter. It will include eight booster packs, two deck boxes and a player’s guide, all housed in a themed storage box. The gift set will feature Mulan – Imperial Soldier and Hades – King of Olympus. It will include two collectible oversized foil cards, two foil game cards, four boosters and game tokens.

Depending on the market, Disney Lorcana: The First Chapter will be available in English, French, and/or German. Four sets a year will be released.