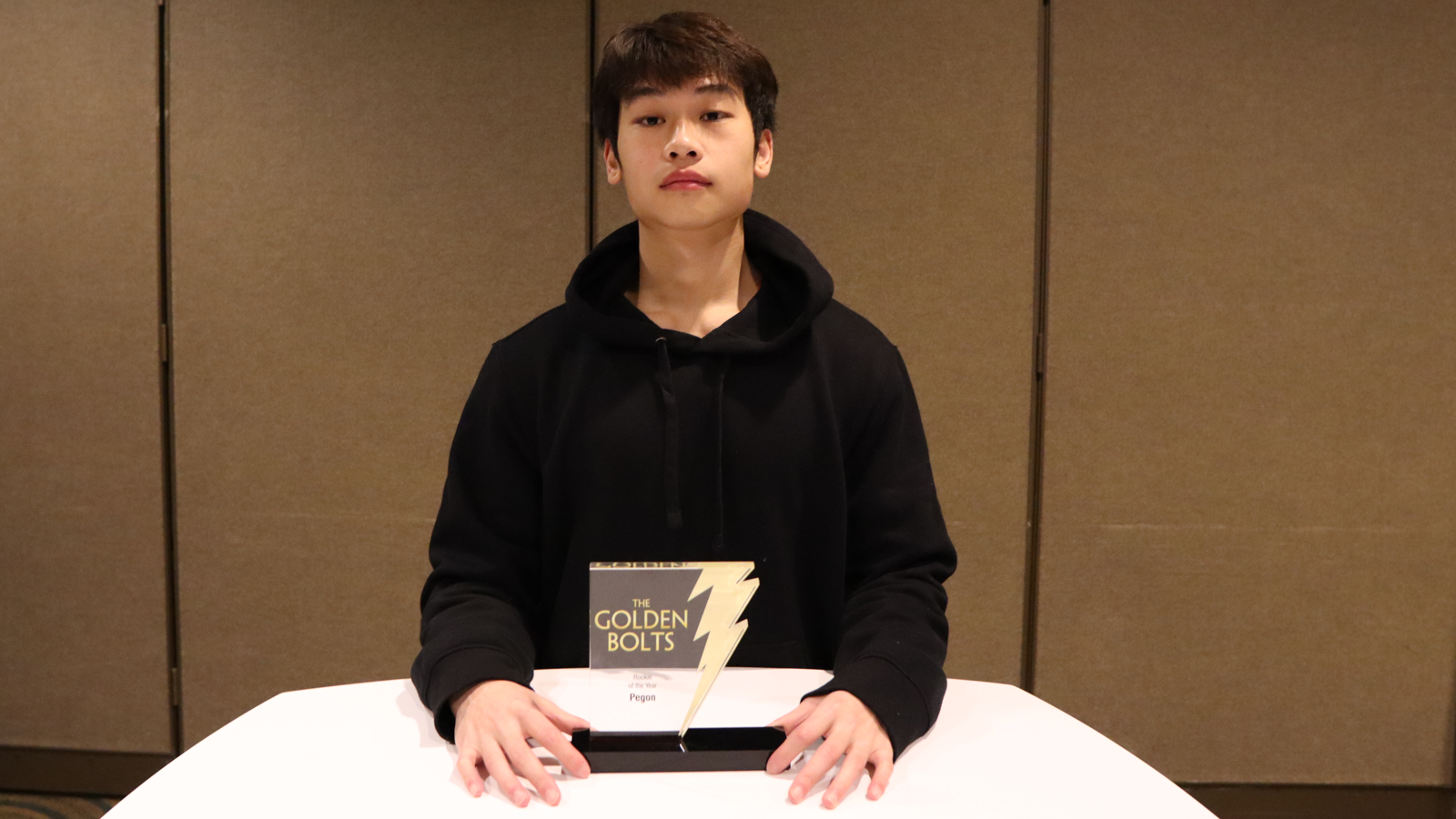 This interview was transcribed from an audio interview with the Jade Dragons midlaner Pegon at the Smite SWC 9 event in Arlington, Texas. Pegon had an amazing quadra kill and was one of the top tier players of the whole championship. He also won the much deserved Rookie of the Year Golden Bolts award. We had so much fun getting to sit down and chat with him!

1. Do you prefer Daniel or Pegon?

I prefer Daniel, Pegon is just a name I typed in randomly and was available, and it’s my brand now.

2. For me, I have only paid attention to Pro Smite for a few years. I have been a Jade Dragons fan for a while. My first exposure to you was “hey there is a new mid laner for the Dragons”. I am not sure it was your first game on the Dragons but the first one I saw you picked Susano midlane. I sat there and thought “Oh this poor kid, he doesn’t know what he is doing, he just picked the squishiest of assassins in mid lane, he will get destroyed”. And then you go in there and just slaughter everybody you go up against in mid lane. A few months later Hi-Rez says ‘Pegon is just too good’ and comes out with 9.5. Was that the anti-Pegon patch?

A little bit, I felt like after that … I play a lot of assassins. I find them to be a lot of fun. My preference of play style is assassin, but now that folks are tankier it’s harder to burst them down to 0 early on. Assassins aren’t the best at laning so it’s not really viable right now.

3. That’s unfortunate, it’s so fun to watch. Just personally I have tried Susano and it just doesn’t work. I watch you just jump in and effortlessly get kill after kill. I am assuming there are a lot of subtle things you are doing, probably tracking which abilities have been burned … I guess what I want to know is …. just how? How do you do it?

4. Did any of the players approach you early in the year and just pull you aside and say “Hey young man, we don’t do this … you are making us look bad” or were they just impressed with what you could get away with.

I feel like nobody … none of the pro players have said that to me at least, more of the fans.

5. Yesterday there was a rookie that goes and gets a quadra kill on the first day of the Smite World Championships. What was that like, what are your thoughts there?

6. How different is it being on a stage with a huge audience vs being in a studio and its live, but no fans are in the room with me?

It’s a lot different, on the stage the energy is amplified. Once you are focused you can’t really hear the specifics of what the crowd is saying, but it’s just a good feeling to hear the crowd chanting for you.

7. How much can you hear through the headphone?

You can hear noises, but you can’t really make out what they are saying.

8. You seem to be a little on the camera shy end of things, where you aren’t really comfortable with the spotlight on you. Is it weird being in a room where everybody is here because of you guys and what you do? Does it feel strange to be a celebrity for the weekend?

Honestly it’s a really good feeling. I just feel really special, everybody comes up to me for an autograph or a picture. I am still camera shy but it is a lot of fun.

9. If you were not a Smite Pro player what would you be doing?

I actually went to college for a year, where I majored in biology. Initially I was planning to be an optometrist, or go into physical therapy. I didn’t do too well my first year of school, so here we are.

10. Ignoring the meta, and what is viable … what is your favorite god to play?

I have always had the most fun playing Ullr and Merlin. I think stance switchers are super fun because you always have buttons to press.

11. If you could magically change one aspect of Smite, what would it be?

12. What is it like being a rookie player that comes in on your first year and the Dragons are just dominating most of the season?

Things get a lot of hype with how excited the fans are, they are so supportive. It’s a great feeling.

13. The Dragons have a reputation for doing oddball things and it somehow tends to work out. Do you guys rehearse this stuff beforehand … how much of this is just a spur of the moment ‘I am good with this character lets see what I can do?

In the beginning of the year it was on the fly … Mike (Polar Bear Mike) was really supportive of me and just let me do what I want. I am a firm believer you should play what you like and have fun. Susano was my favorite character at the time, so I thought let me just try it and it worked out.

13. What are some of the non glamorous aspects of being a professional player? I mean yes, you are playing a game, but at the end of the day you are still doing your job.

I feel like there is not much downside, because in reality we are playing a game we love and get to make a living doing it. But sometimes if practice is rough, or if people are getting upset it can be a little bit annoying to play but we get over that quickly. The team is great. We have been such good friends throughout the year. 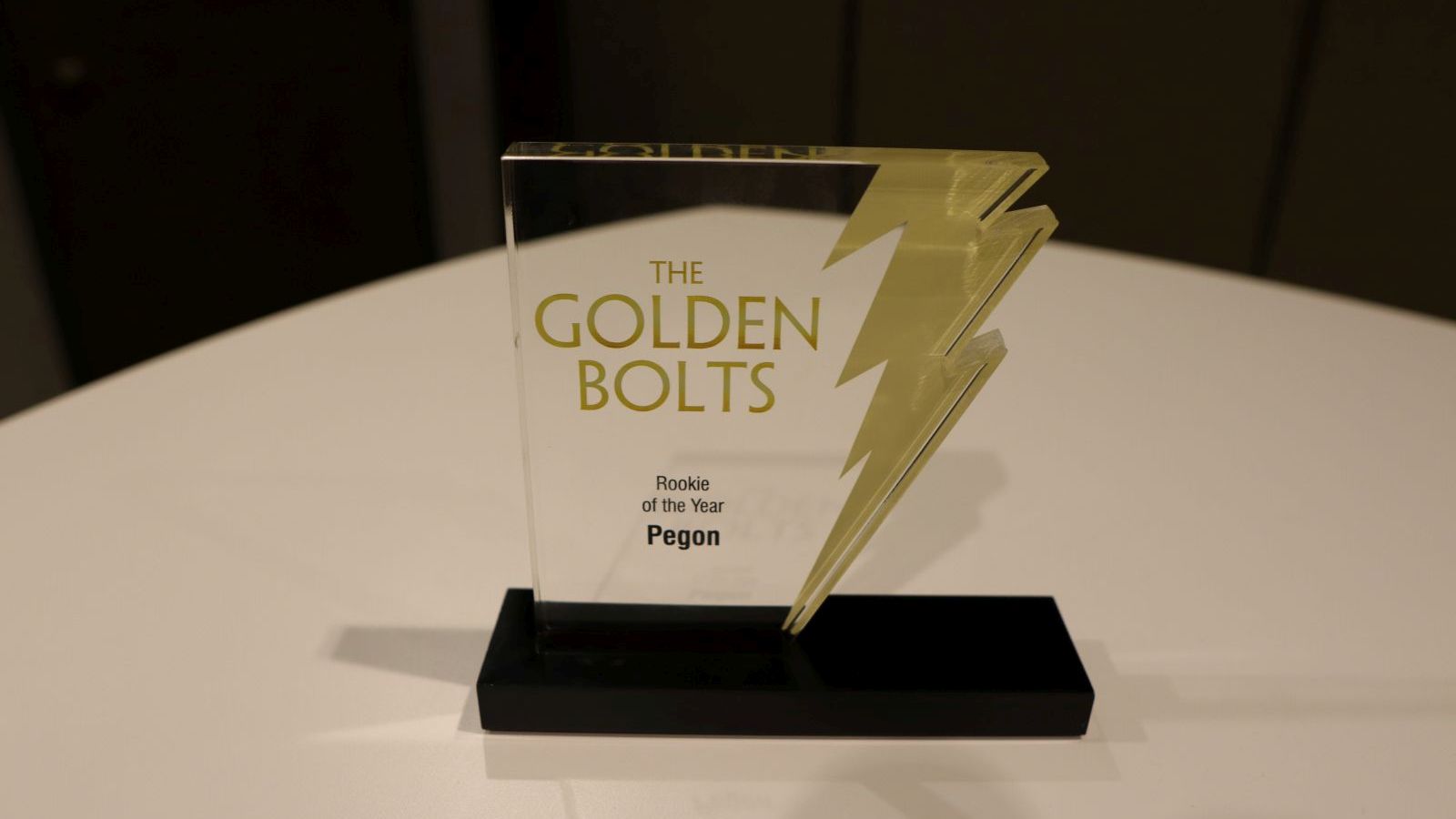 Pegon got Rookie of the Year in the S9 Golden Bolts! Nobody deserved it more, congrats!

Thank you so much to Pegon of the Jade Dragons for sitting down with us for this interview! We wish him all the best in his Smite career.