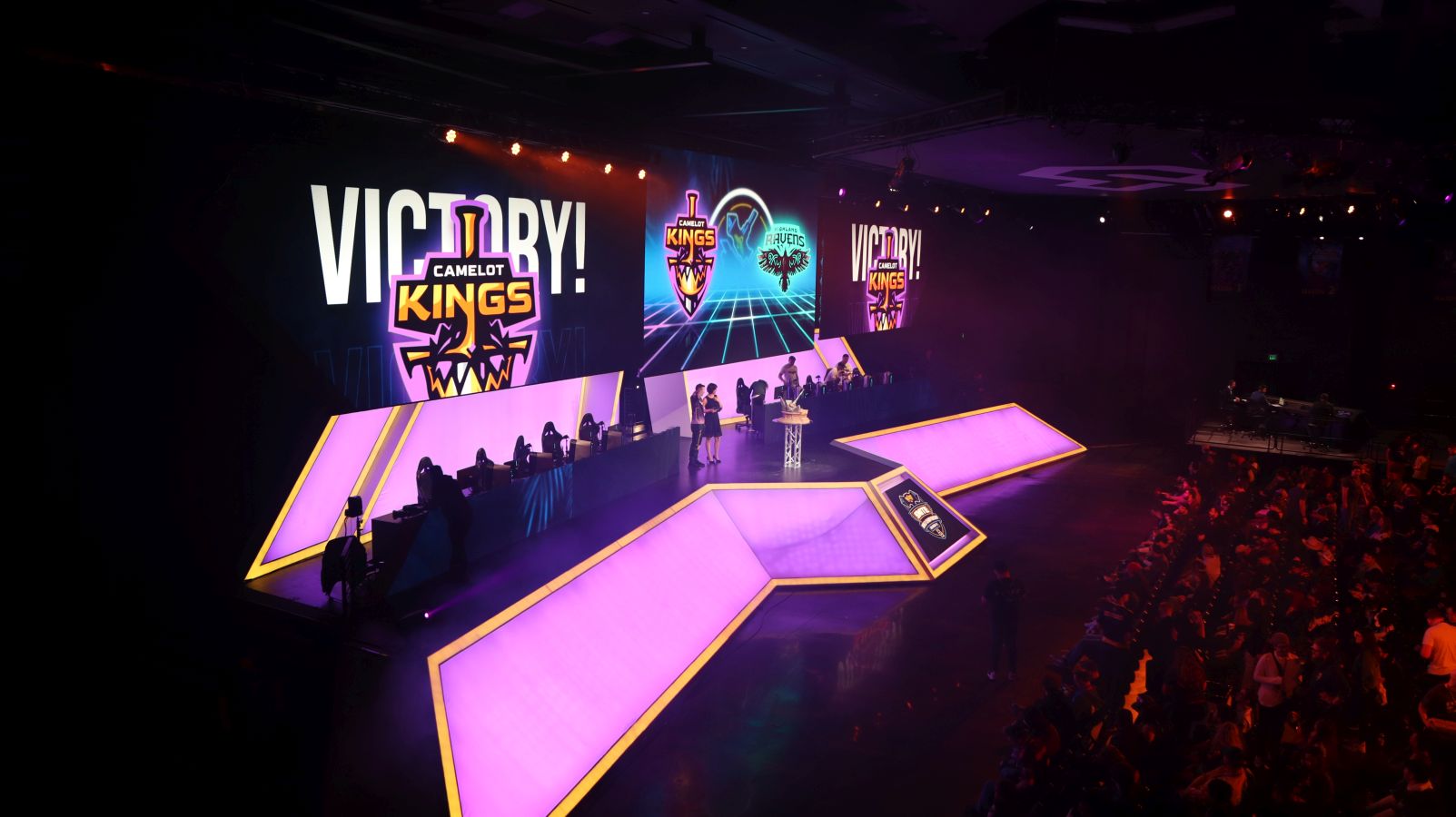 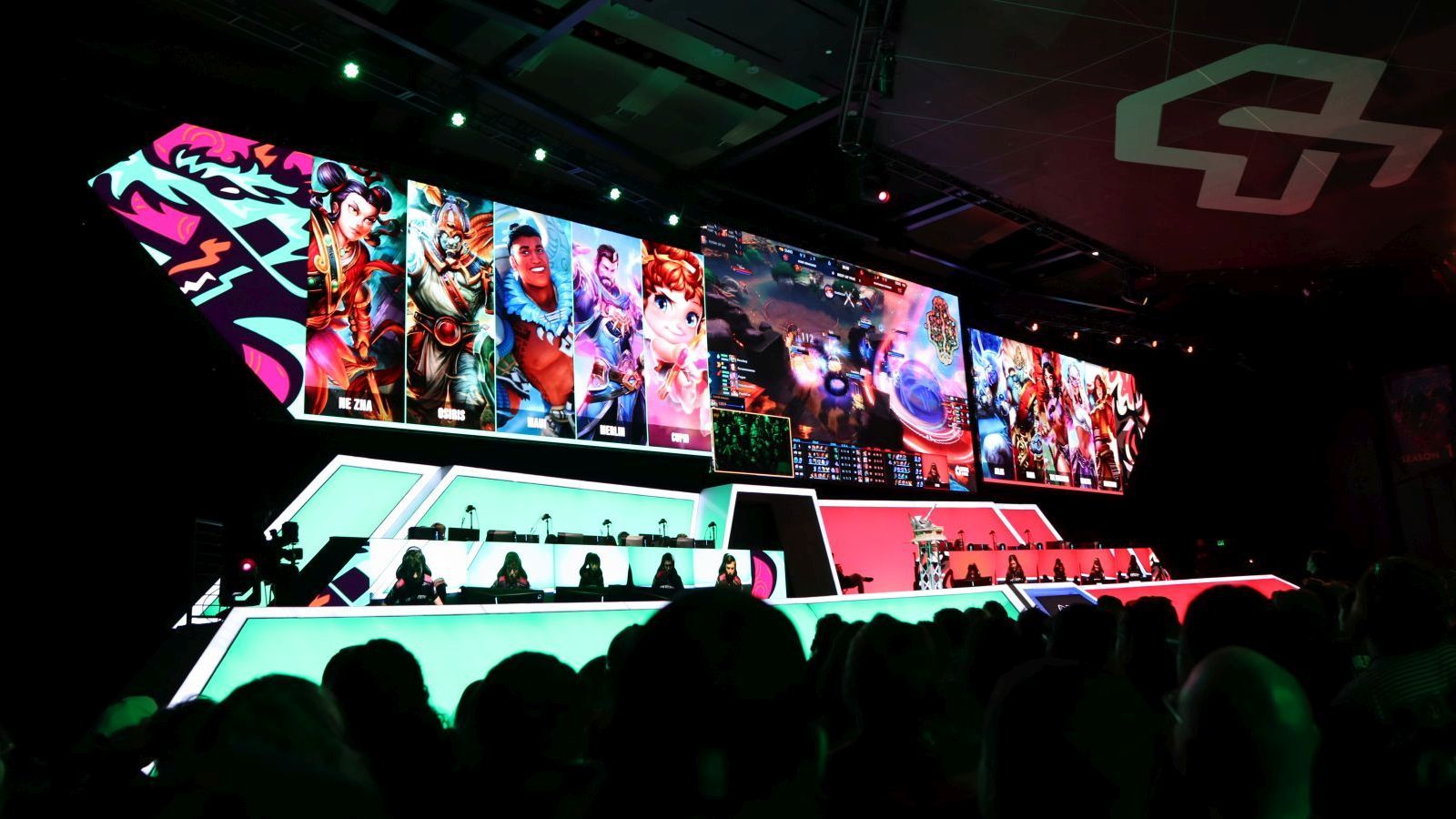 The crowd was absolutely electric, complete with a shirtless group of super-fans who were consistently getting the crowd pumped up. We got to participate in some stadium-wide waves, and for some reason the crowd decided it was going to go wild every time a player dropped a buff or secured the totem. There definitely seemed to be a Jade Dragons bias, but this didn’t stop the Titans fans from giving it their all. The energy was through the roof, and the players all had to readjust after playing the last two SWC remotely. 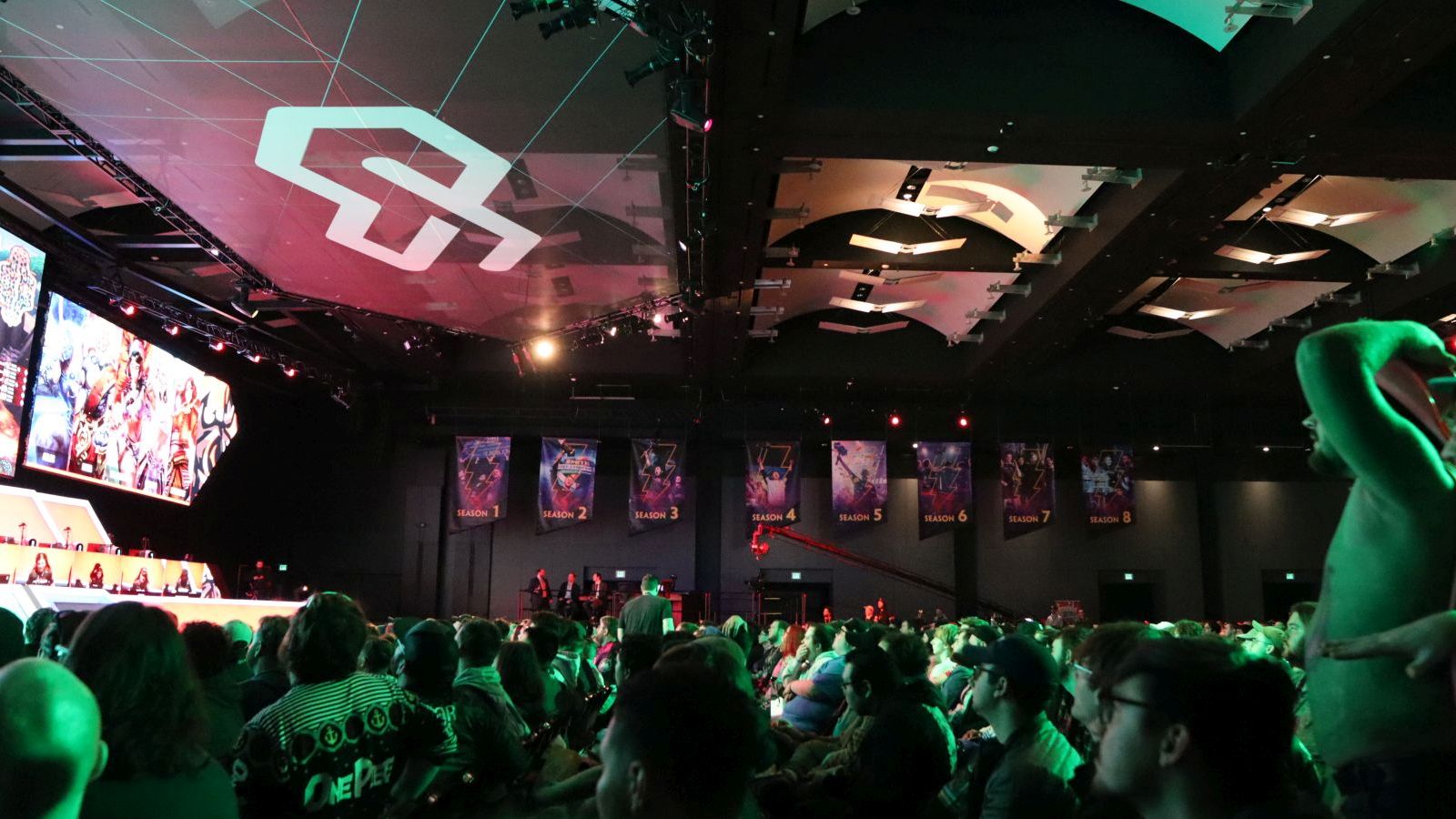 The crowd was SO pumped up for the Jade Dragons vs Tartarus Titans! What a fun day!

There is no doubt that the star of the show is the Tartarus Titans midlaner, Paul. Time and time again he shows he has what it takes to win, and is seemingly unshakeable. Undoubtedly Paul and jungler Cyno are a force to be reckoned with, and the Titans are going into the finals tomorrow looking unstoppable.

We got to sit down with Titans ADC Stuart fresh off his victory this evening. He’s pumped and ready for the finals tomorrow! Good luck to both the Camelot Kings and the Tartarus Titans.