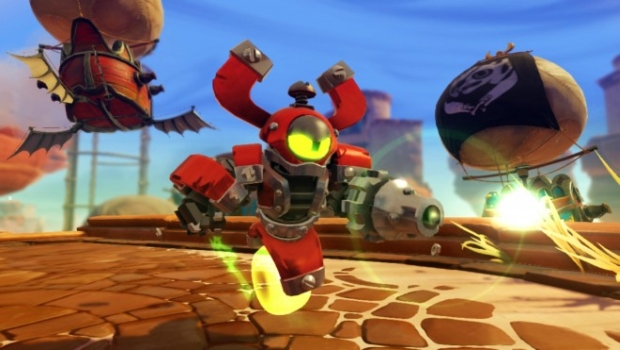 Skylanders SWAP Force (you can check out our extensive hands-on preview here) is just around the corner, and to celebrate Activision is naming October as “SWAPtober”. Starting tomorrow you’ll be able to win Starter Pack giveaways and take part in some cool activities throughout the month. Check it out:

On October 10, Skylanders, one of the world’s most successful video game franchises, is partnering with Toys”R”Us® to bring Skylands to life with “SWAPtoberfest”-a celebration in Times Square where fans will have the chance to be among the very first to play the game before it’s available at retail. SWAPtoberfest will feature Skylanders SWAP Force-themed activities, photos with Skylanders costumed characters as well as chances to win a Skylanders SWAP Force Starter Pack and special Skylanders-themed merchandise from top companies like MEGA Brands, Rubie’s Costume Company, Hybrid Apparel and Power A.

On Saturday, October 12 and Sunday, October 13, the Toys”R”Us international flagship store in New York City will celebrate the launch of Skylanders SWAP Force with one-of-a-kind in-store experiences, including game demos and giveaways (while supplies last).