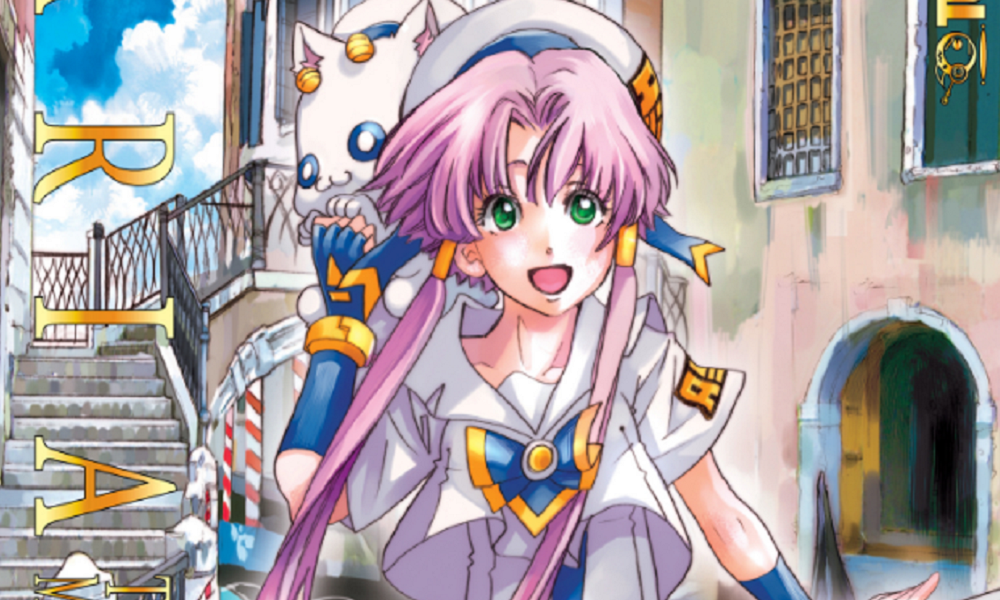 Tokyopop recently announced that it will release deluxe versions of the fantasy manga Aria, with Aria: The Masterpiece volume 1 available now. The volumes will feature select color pages as well as a 2-in-1 release format, with the next volume dropping next month as well.

Each book is a combined 2-in-1 with a beautiful gold foil embossed cover, full color double page spreads, and an average of 350 pages of manga per volume.

Join Akari and her companions at the Aria Company in this  uplifting story of friendship and the importance of slowing down to appreciate the beauty of the world around you!

On the planet Aqua, a world once known as Mars, Akari Mizunashi has just made her home in the town of Neo-Venezia, a futuristic imitation of the ancient city of Venice. In pursuit of her dream to become an Undine — a gondolier who leads high-end tours around the city — Akari joins as a trainee with the Aria Company, one of the three most prestigious water-guide companies in Neo-Venezia. There, she explores the beauty of the city and the world along with other trainees from Aria and rival companies, working hard for her dreams and making new friends along the way.