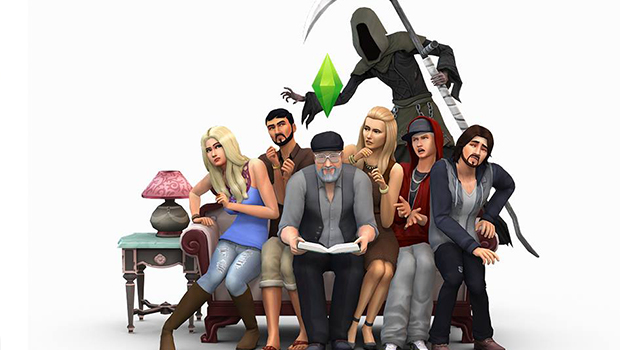 EA has revealed plans to release some new content for The Sims 4 for free between now and the end of 2014.

Among the various bug fixes that are commonly found with game’s patches, a post on the Sims Blog details what players can expect in the game’s upcoming monthly updates.

“• October brings the spoooooky addition of Ghosts to The Sims 4. Your dead Sims can now rejoin the world of the living, where they maintain all the attributes they had a as a Sim, but with special new behaviors based on how they died. Invite them to join your Sims’ household and they can be playable characters; if you dare, you might even find a way to bring your ghosts back to life.

• Did you feel that disturbance in The Force? It was probably our new Star Wars Costume Set. Outfit your Sims in Luke Skywalker’s X-wing pilot suit, Leia’s white robes and awesome cinnamon buns, Darth Vader’s suit and, yes, even Yoda. I mean, who out there hasn’t dressed as Yoda for Halloween, right? Now you can in The Sims 4, too!

• Community requests like new eye colors are in there, too. I have personally just given all my Sims purple eyes. Because I can. We’ve also fixed a few minor bugs as well.”

In November, get your Sim-suits ready (too much pun? Sorry!) because pools will make their triumphant debut in The Sims 4.

December is Put-Your-Sims-To-Work Month, as we introduce new Career paths and rewards.

Recently, it was stated that The Sims 4’s success will determine whether the franchise will receive a fifth installment.

For more on The Sims 4, check out the Gaming Trend review.