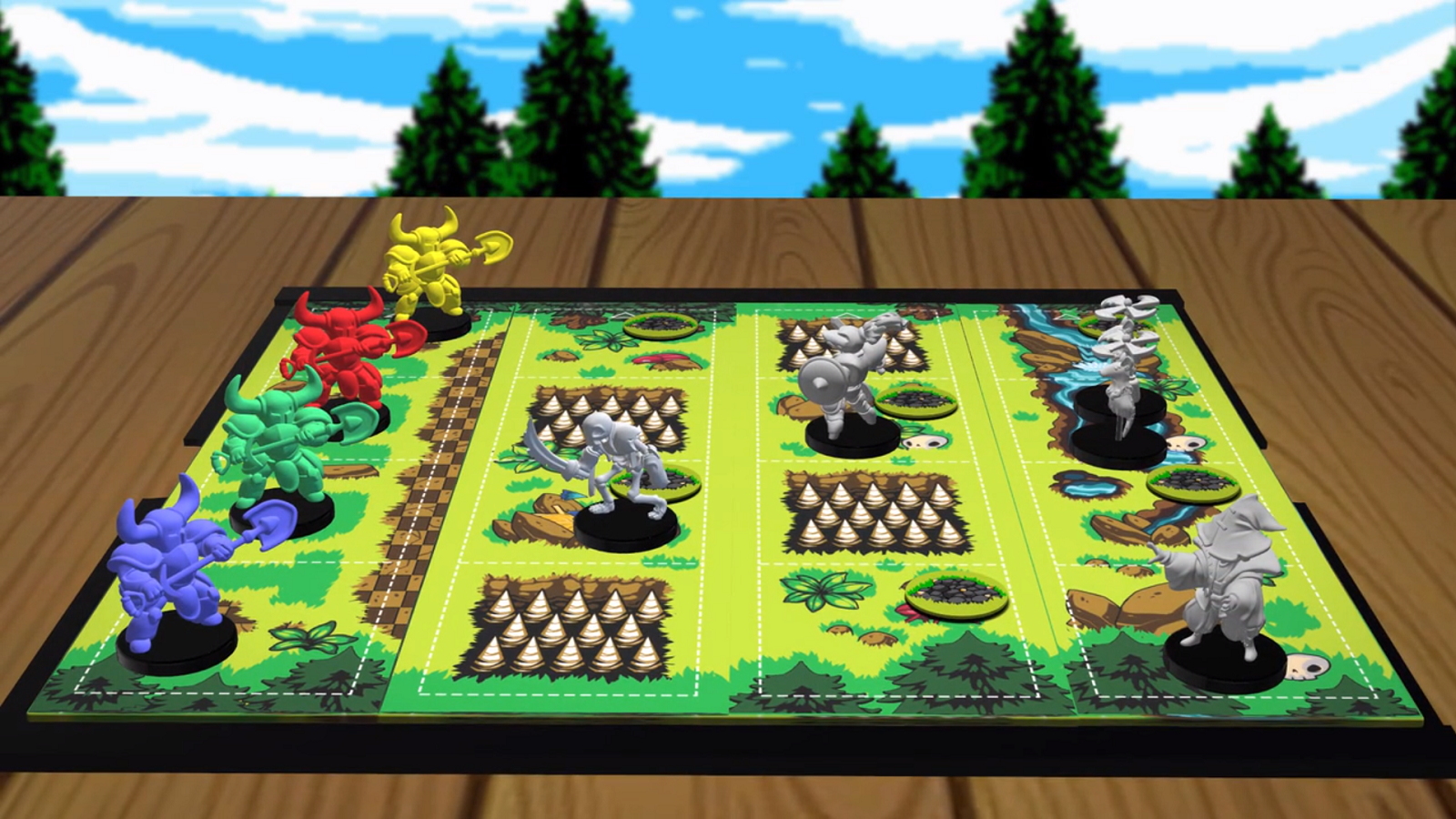 Panda Cult Games in cooperation with Yacht Club Games has launched the Kickstarter for their dungeon crawl board game Shovel Knight: Dungeon Duels. Players face off against familiar enemies including members of the Order of No Quarter while trying to gain the most treasure. 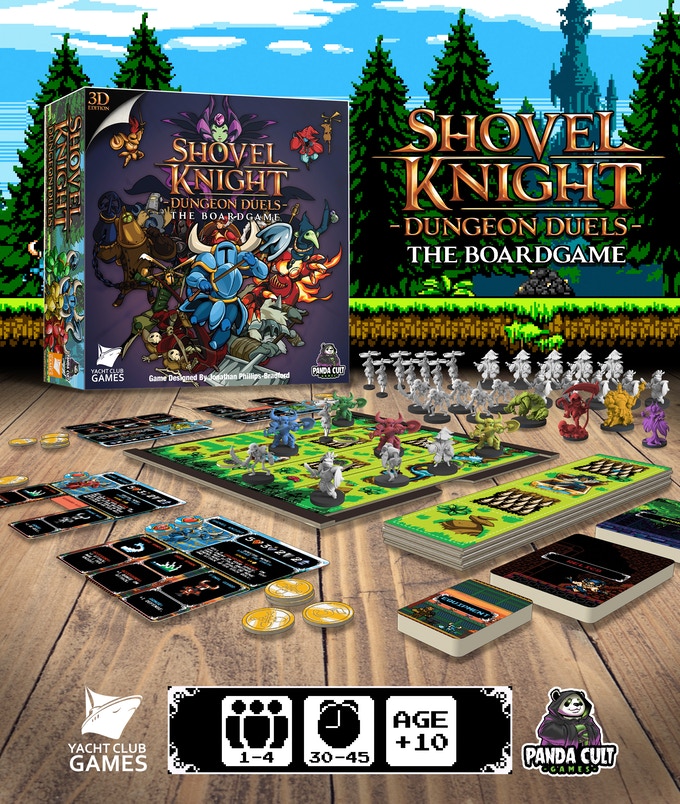 Anyone that pledges $40 will receive the base game and Kickstarter exclusive Fish Head standee and Shield Knight standee. Shovel Knight: Dungeon Duels is now live on Kickstarter. To pledge to the campaign, visit the Kickstarter page here. At Gen Con, we had a chance to check the game out in action. Check out our preview here.