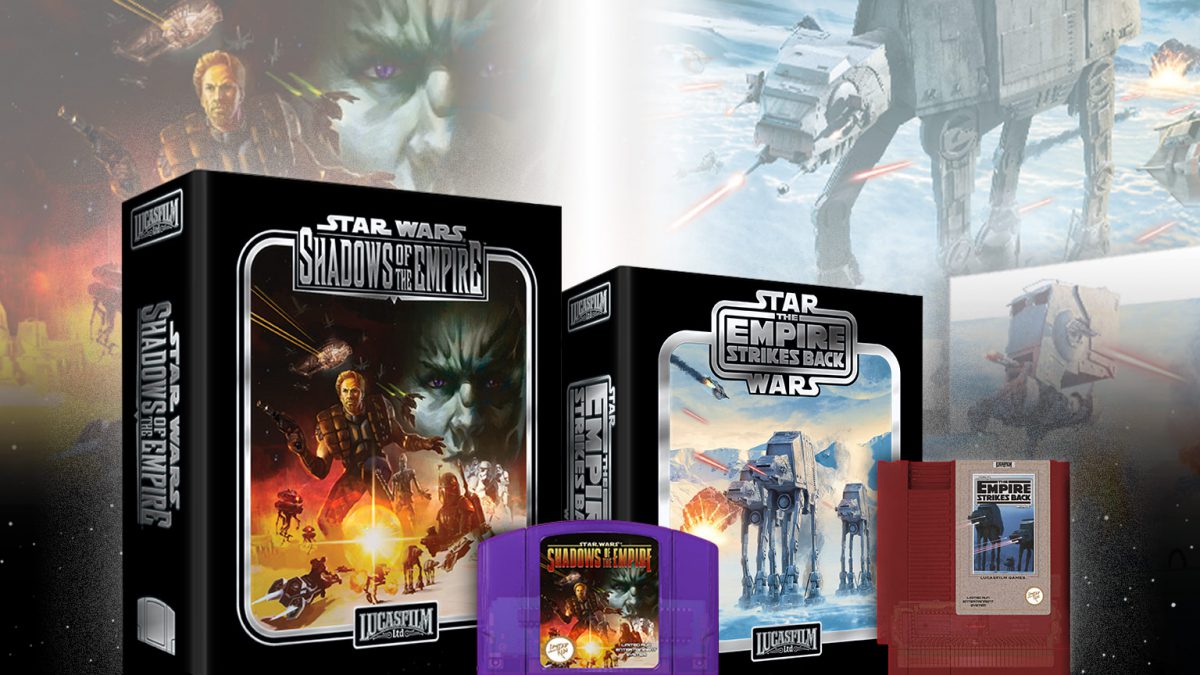 Limited Run Games announced at E3 that they’d be rereleasing physical editions of classic Star Wars games. They’re starting strong by resurrecting two fan favorite Lucas Arts titles- Shadows of the Empire for the Nintendo 64 and The Empire Strikes Back for the Nintendo Entertainment System and Gameboy. These rereleases will be in their original cartridge glory and adorned in packaging that resembles the classic Kenner Star Wars figures. These premium cartridges will a highly limited run and will be available for order Friday, July 26.

Last month at E3 2019, boutique publisher Limited Run Games announced a full slate of classic Star Wars games they’d be rereleasing in premium physical editions. Among their list of offerings were the Game Boy and NES versions of the LucasArts and Sculptured Software Empire Strikes Back adaptation, as well as the fan-favorite 3D blockbuster Star Wars: Shadows of the Empire. Starting Friday, July 26, at 10 a.m. ET, the Raleigh, North Carolina, publisher will be taking orders for all three of these classic cartridges, which come packaged with action-figure cardbacks perfect for fans who like to display their collections. The titles are available in limited quantities only; once they’re gone, they’re gone.

You can order these Friday at Limited Run Games.