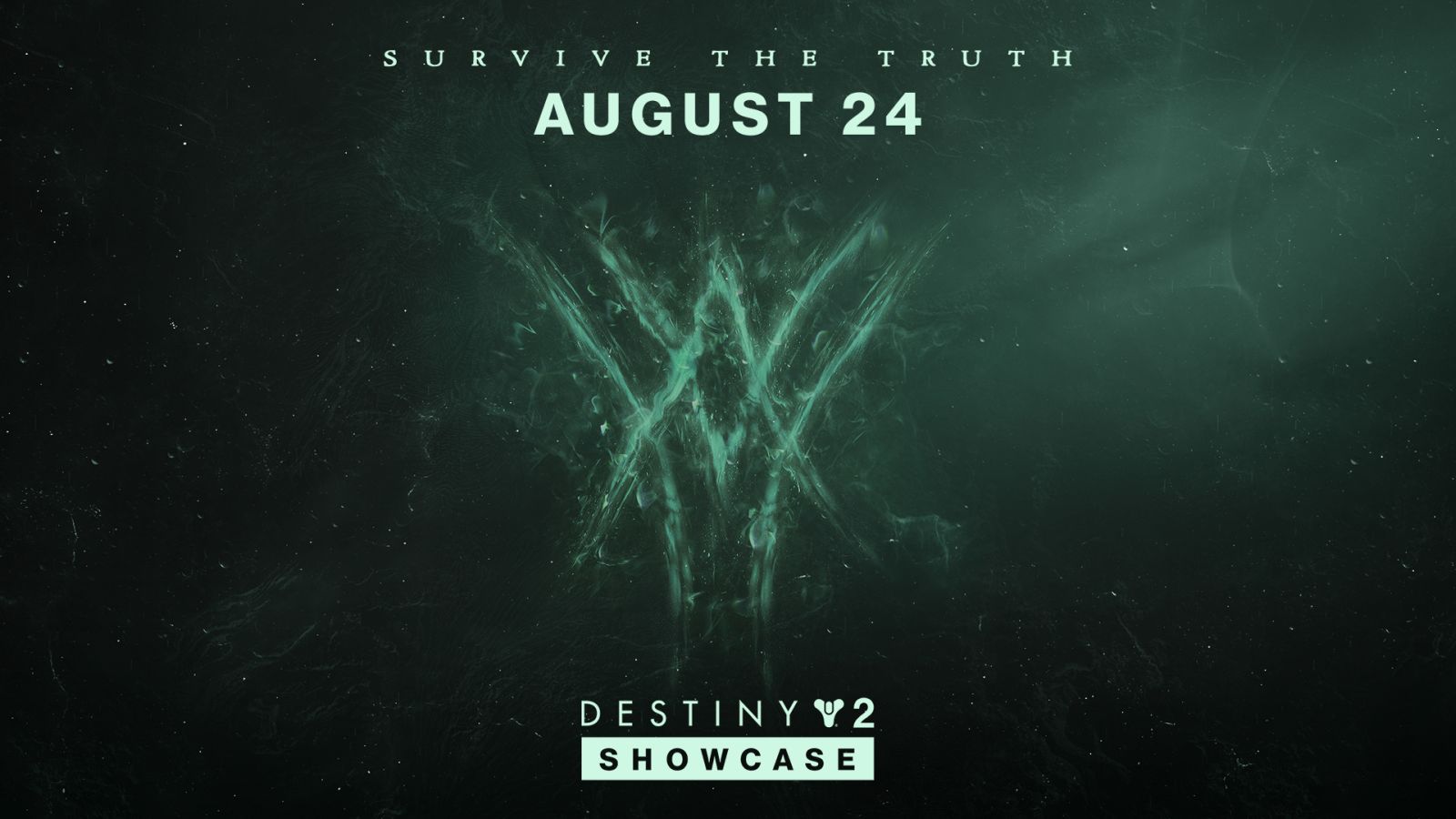 On July 7, or Bungie Day as it is known to Bungie’s superfans, the developers of Destiny announced a date for a Destiny 2 Showcase that will reveal “the future of Destiny.”

This showcase will take place on August 24, and will most likely feature news about the next slated expansion, The Witch Queen, which is set to release sometime in early 2022. There may also be some news regarding the Destiny Universe that Bungie has mentioned in past press releases, but that is unclear as of yet. They revealed this news with a tweeted image of a Hive symbol with the tagline, “Survive the Truth.” Fans have pointed out that this must tie into Savathun’s storyline, as she is the Hive master of deception, and because the expansion is most likely going to involve her as a key player. Also interesting is that the Hive symbol adorning the poster bears a striking resemblance to the Destiny tricorn logo, the symbol for the franchise since its launch in 2014.

For donating, players will be able to earn in-game rewards depending on the amount that they give to charity. Here is the breakdown:

Additionally, as part of the Bungie Day festivities, the Spicy Ramen emblem is now available to redeem via the following code: YRC-C3D-YNC. To redeem the emblem for use in Destiny 2, go to this link, login with your Bungie account, and enter the code.

That is the most important news from the day, so I will let Bungie explain the rest.

Bungie Store Sale: Starting today, save up to 50% off select merchandise and check out new items. Additionally, everyone who makes a purchase on the Bungie Store from now until the end of July 13 will receive an exclusive “Bungie Day 2021” emblem.

New Product Alert: For all the lore hungry Guardians out there, the Destiny Grimoire Anthology Volume IV: The Royal Will is now open for pre-orders. This latest addition to our Grimoire Anthology unravels the making and methods of two of Destiny’s most powerful monarchs—Mara Sov, the Queen of the Awoken, and Oryx, the Taken King.

Stop by the Bungie Store to check out the full sale and new products, including new Community Artist Series merchandise from our community of amazing artists and more! Speaking of artists…

Lastly, the Solstice of Heroes event is currently live in Destiny 2, so check out our article to see what it has to offer.