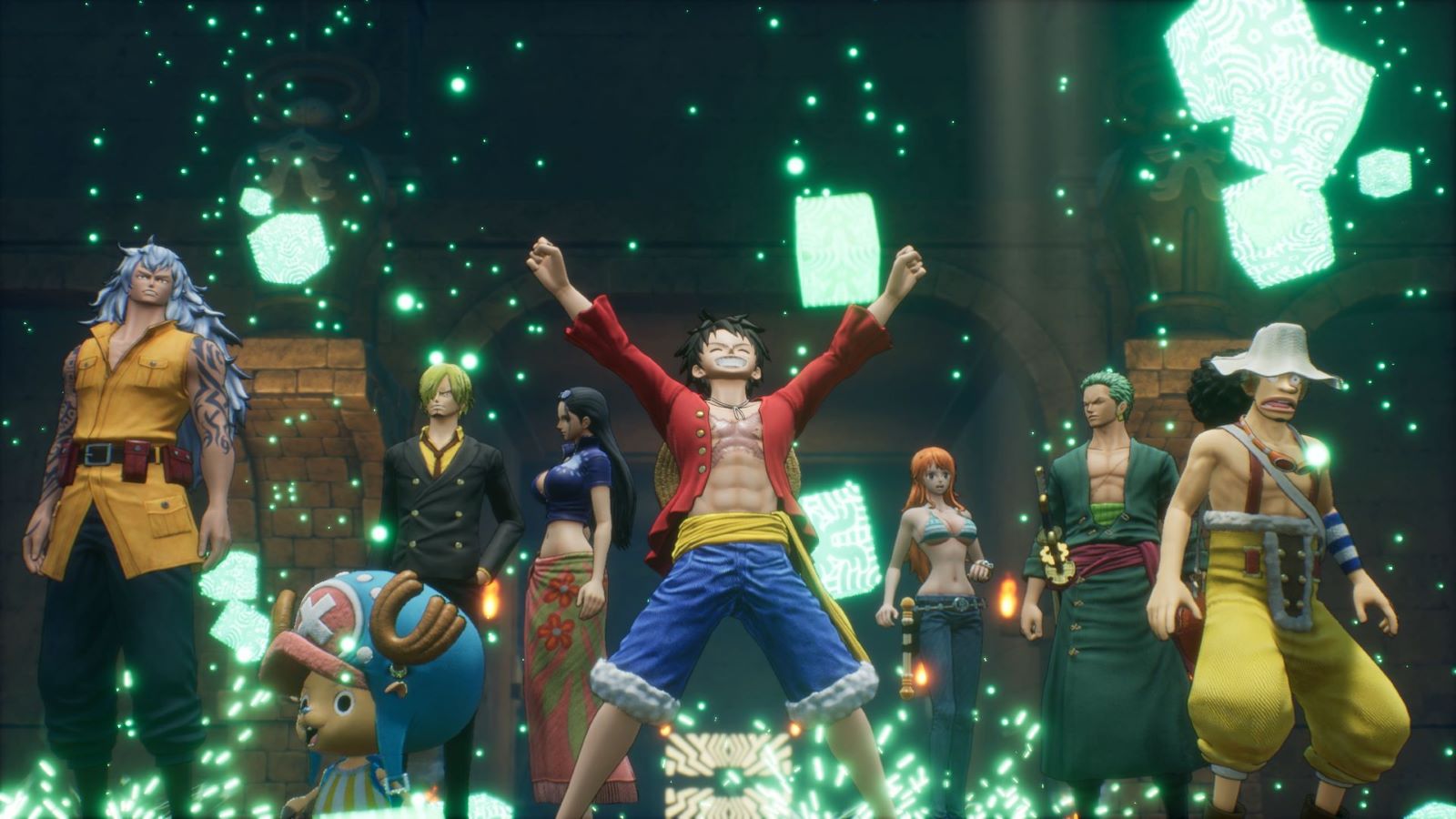 The latest adventure of the Straw Hats is finally here. The global launch of One Piece Odyssey will have players explore the mysterious island of Waford embarking on an original adventure. One Piece Odyssey is available for the PlayStation 4, PlayStation 5, Xbox Series X|S, and PC via STEAM. Check out the official launch announcement below:

Leading video game publisher and developer Bandai Namco Entertainment America Inc. today announced the worldwide launch for ONE PIECE ODYSSEY, the exciting new JRPG with an original story rooted in ONE PIECE canon and gameplay that puts players in control of their favorite characters from the Straw Hat Crew. The game is available now on PlayStation®4, PlayStation®5, Xbox Series X|S, and PC via STEAM®. Also released today is a free demo available for consoles that lets players experience the first few hours of the game and transfer their progress to continue the adventure when they purchase the full version. For more information on ONE PIECE ODYSSEY, visit www.bandainamcoent.com/games/one-piece-odyssey.

The game transports the Straw Hat Crew to the strange island of Waford, with their legendary ship the Thousand Sunny nearly sunk and left in tatters. The game is introducing a new chapter for the Straw Hat crew, with an original story intertwined with memories of their past adventures, and new characters developed under the guiding hand of series creator Eiichiro Oda. Players take on the role of their favorite pirates as they embark on quests and fight powerful enemies to unravel the many mysteries of Waford and find their way off the island.

“ONE PIECE ODYSSEY takes players on a thrilling new journey with the Straw Hat Crew in the most epic game experience yet set within the world of ONE PIECE,” said Katsuaki Tsuzuki, Producer at Bandai Namco Entertainment Inc. “Featuring a story that weaves a new adventure with the characters’ memories where players can experience key anime moments from a new perspective, along with deep JRPG gameplay anyone can appreciate, the adventures that await in ONE PIECE ODYSSEY are sure to excite new players and longtime fans alike.”

ONE PIECE ODYSSEY retains the charm, humor, and chemistry of the anime with its colorful artistic style and stunning visuals, and by starring the series’ original Japanese VO actors. The game has been lovingly crafted over many years, produced with direct involvement from series creator Eiichiro Oda, featuring a story rooted in canon, and complemented by a soaring soundtrack scored by composer Motoi Sakuraba, known for his musical contributions to video games such as the DARK SOULS™ and TALES OF series. The   game lets players take control of each Straw Hat Crew member by using their unique skills for exploration or turn-based style combat with unique ONE PIECE twists such as the Scramble Area Battle and Dramatic Scene systems. With the Scramble Area Battle system, players can move through multiple battle areas with individual characters to pick their best strategy to exploit enemy weaknesses. The Dramatic Scene system pits players in battles reminiscent of memorable ONE PIECE moments, such as when members of the Straw Hat crew encounter trouble and need rescue, letting them earn increased experience for completing these tasks.

Stay tuned to Gaming Trend for more One Piece coverage!