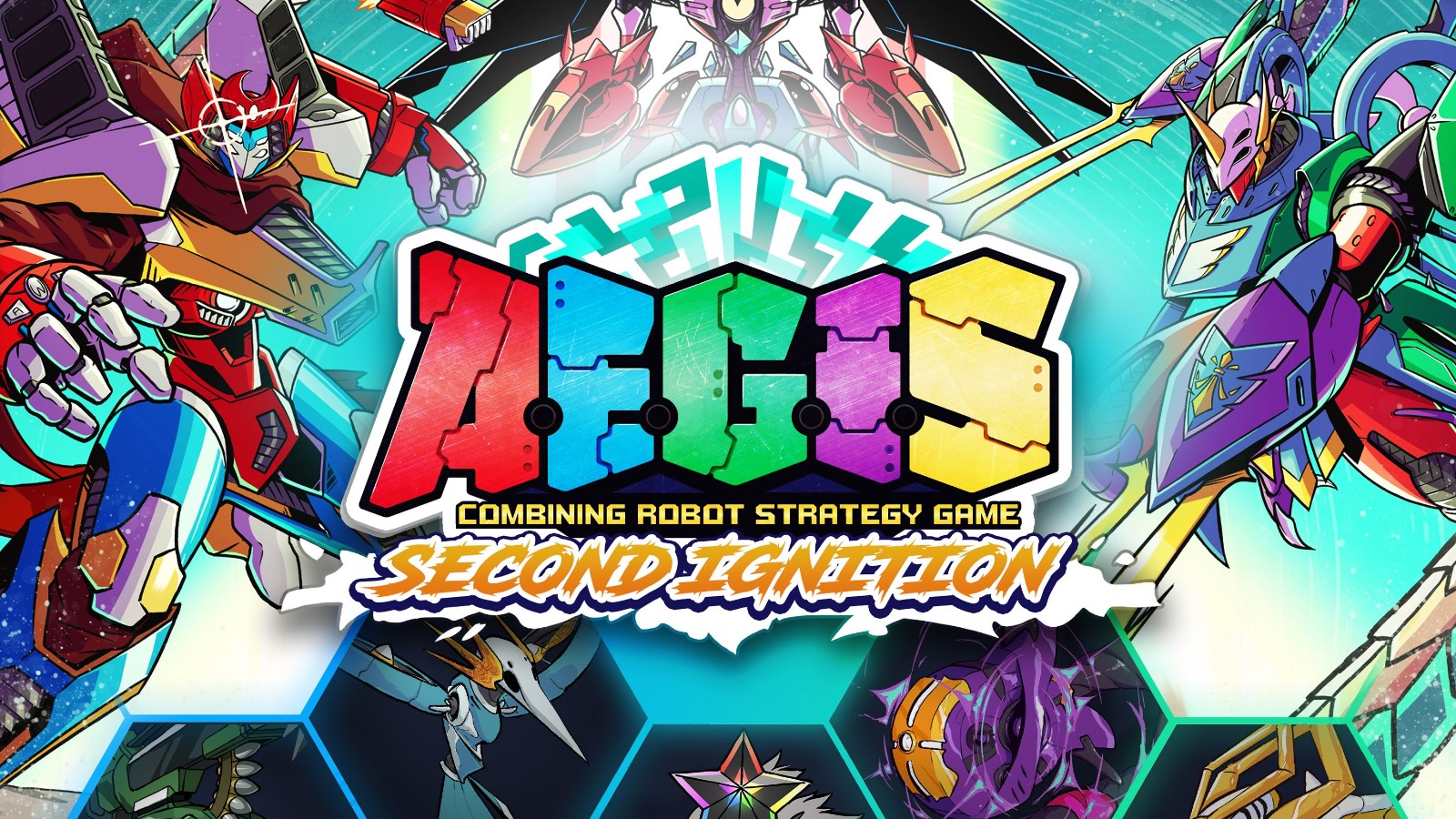 The sequel to 2018’s AEGIS Combining Robots and its reprint will be going live on Kickstarter on January 17th. AEGIS: Season 2, also known as AEGIS: Second Ignition, is a light tactical skirmish game for 1 to 6 players. This all new box will feature 100 new robots, a new game mode, solo made, 2-player draft rules, and a three-sided board. The reprint of the 2018 release will feature a cleaned up rule book, rebalanced robots and mechanics, and more. You can learn more about both releases below:

Zephyr Workshop is hyped to announce that the sequel to 2018’s AEGIS Combining Robots, as well as its reprint, is going live on Kickstarter on January 17th! The campaign sign-up page is here!

AEGIS: Season 2 (AKA AEGIS: Second Ignition, or just AEGIS2) is a light tactical skirmish game for 1-6 players where players use teams of five colorful combining robots and duke it out in hex-based combat. Choose from dozens of robots across five classes – Assault, Evasive, Guard, Intel, and Support – AEGIS! – and unite their power into bigger, cooler forms! AEGIS2 is a fully stand-alone expansion to the first game, with entirely new content spanning across 100 new robots, streamlined core rules, a solo mode, new arenas, and more. 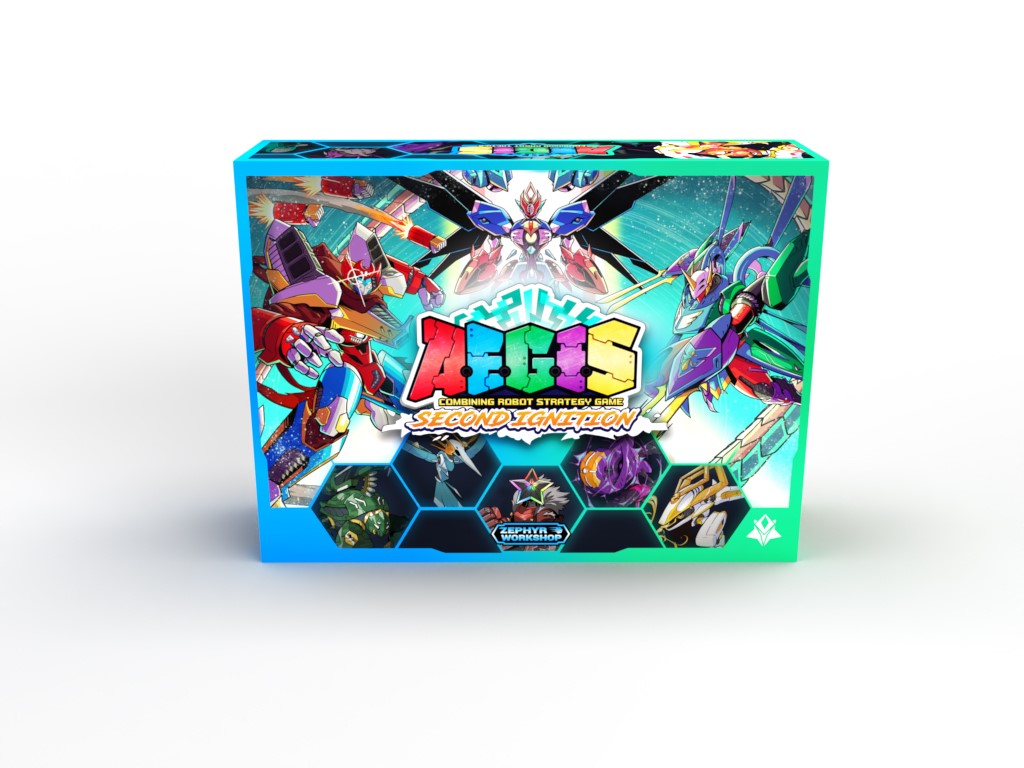 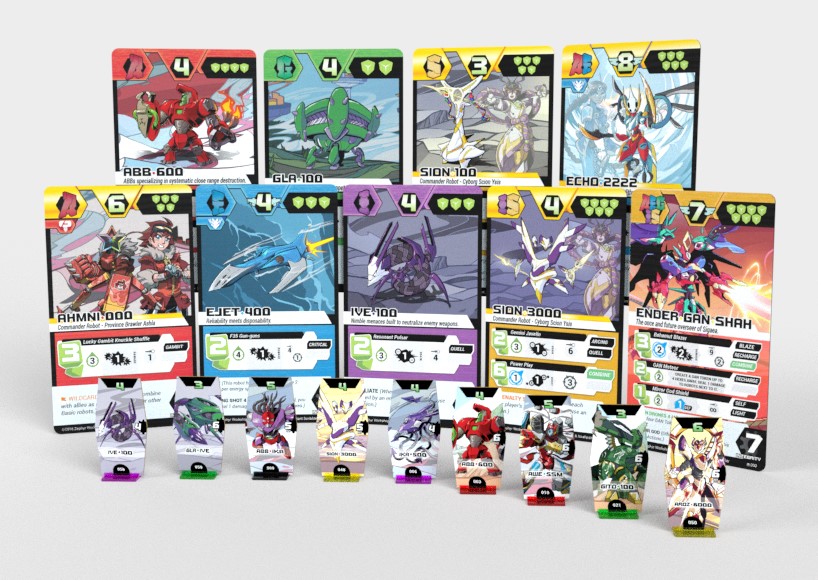 The accessible, content-packed tactics game returns! Dive into an all-new box of robots and heroes vying for control of planet Sigaea in all-out robot fighting tournament! Choose a Commander, take their team of five robots into battle, and combine them into more powerful forms to defeat your opponents.

This all-new box features:
* 100 new robots! Featuring all-new commanders, combat mechanics, and much more!
* New game mode – Starpoint Arena! Play with respawning robots and rack up points!
* SOLO MODE! Face off against powerful boss robots and their customizable armies.
* 2-Player Draft Rules! Open the box and have a semi-randomized team in no time!
* Three-sided board with printed terrain! Choose a 2 or 4-player battlefield and jump in with no board setup!
* COMBINE BOTH BOXES! AEGIS2’s contents and modes are 100% cross-compatible with the first AEGIS.

AEGIS Season 1’s Reprint Features:
* Included pack of newly redone convention and holiday promos
* Cleaned up rulebook and card language and improved
* Rebalanced robots and mechanics
* An upgrade pack for owners of the first edition, featuring all the new and reworked cards

With an infinite number robot team combinations and ways to play across both boxes, AEGIS will entertain skirmish game veterans and newcomers for years to come! 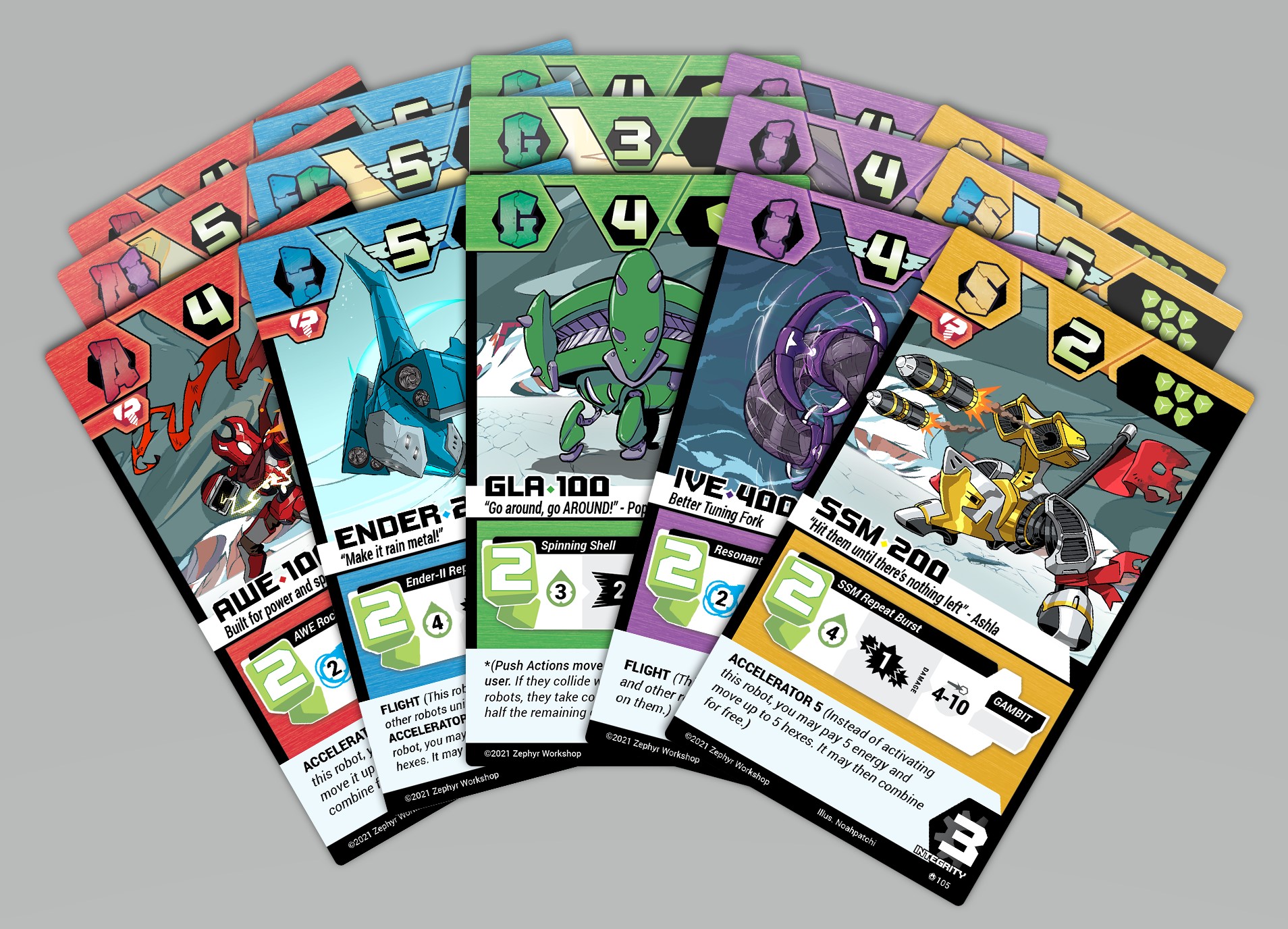 AEGIS is designed and published by Zephyr Workshop, led by Breeze Grigas. Members of the team have worked on games from IDW, Hasbro, Funko, Thunderworks, and more. AEGIS2 features dozens of robot designs from a new team of talented artists, including Noah Nagata, GenTrigger, Nathaneal Batchelor and Peyton Gee. This great team has truly brought AEGIS’s look and feel to the next level.

AEGIS2 will be live on Kickstarter on Tuesday, January 17th, and will run until February 17th, 2023. The main KS pledge is $49, with a Deluxe 6-Player Pledge at $79, and an All-In Pledge for $149, which will give backers a discounted price on a combined bundle of all AEGIS content.