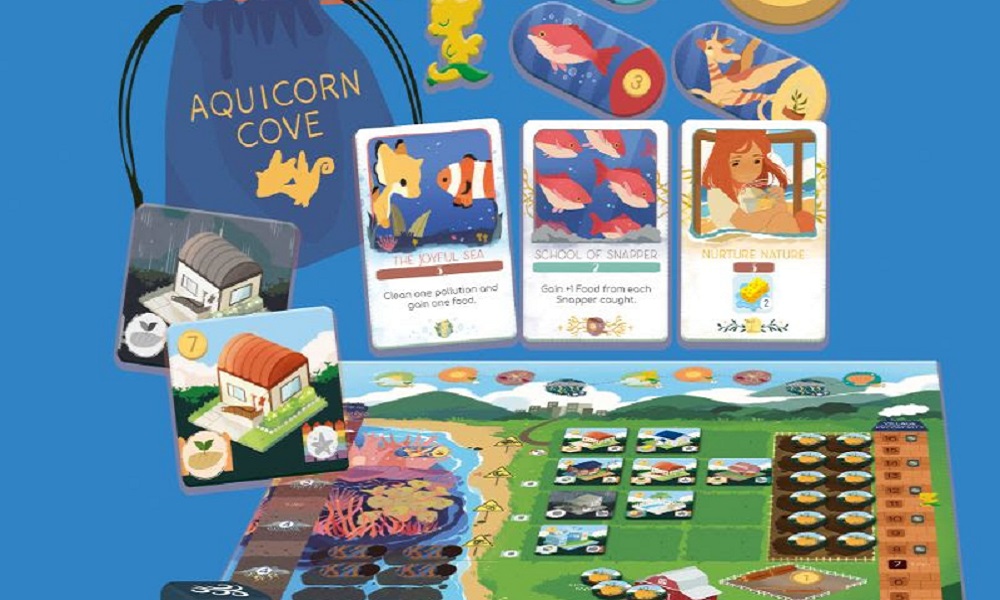 Today, Renegade Game Studios and Oni Press announced that they will release a board game adaptation of The Aquicorn Cove later this fall. The game will task up to four players with managing a small fishing village while also saving the environment.

When Lana and her father return to their seaside hometown to help clear the debris of a big storm, Lana remembers how much she’s missed the ocean—and the strong, reassuring presence of her aunt. As Lana explores the familiar beach, she discovers something incredible: a colony of Aquicorns, small magical seahorse-like creatures that live in the coral reef.

Based on The Aquicorn Cove, a graphic novel by Eisner award-winning artist and writer Katie O’Neil and published by Oni Press, The Aquicorn Cove Board Game  is a cooperative game perfect for family game night. 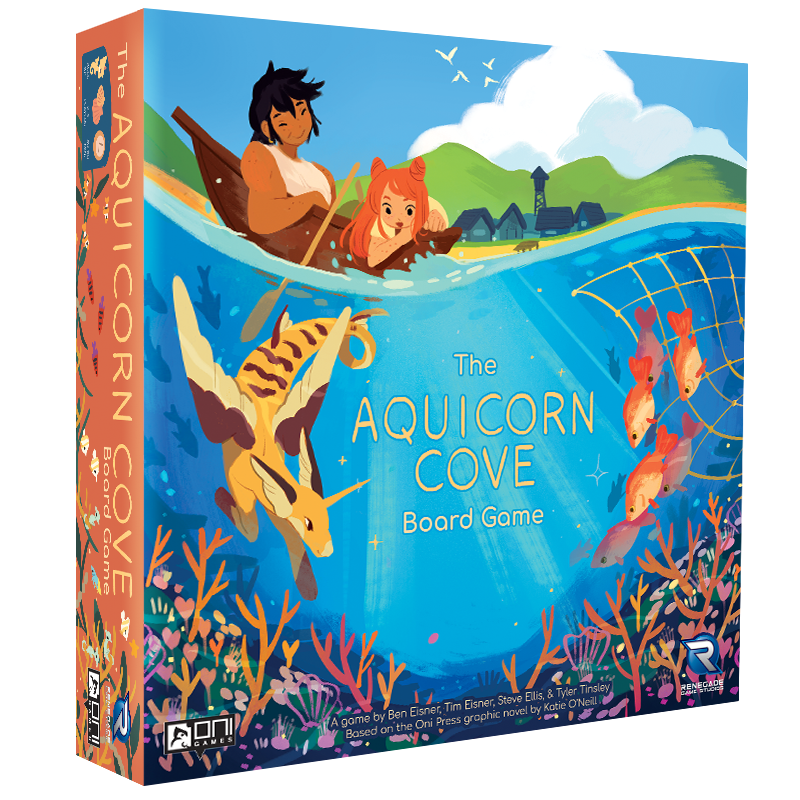 In the game, players take on the roles of members of a small fishing village struggling to survive while maintaining a balance with the natural world. To win, the villagers must feed and grow their village, and help restore the health of the reef and aquatic ecosystem. The villagers are fortunate, though, and the waters of their cove are home to the beautiful and benevolent Aquicorns, as well as the wondrous reef guardian Aure, who can help them both to understand the impact humans are having on the environment, and to save the village.