Today, Outright Games announced that it will release the first console game for the PJ Masks franchise this fall, with PJ Masks Heroes of the Night heading to PlayStation and Xbox consoles, Nintendo Switch, and PC. The game will allow players to assume the roles of Catboy, Owlette, and Gekko as they foil the plans of the dastardly villains of the hit children’s TV show.

It’s the right time to fight crime as the PJ Masks embark on their first ever console video game adventure. Outright Games, the leading global publisher of family friendly interactive entertainment, in partnership with Hasbro, today shout hooray as they announce PJ MASKS HEROES OF THE NIGHT a platforming adventure game for little heroes everywhere, releasing this Autumn on Nintendo Switch, Playstation®, Xbox and PC Digital.

Get your PJs on and become heroes Catboy, Owlette, and Gekko in the most exciting PJ Masks video game yet. Use their superpowers – like Catboy’s speed, Owlette’s super flying moves, and mighty Gekko’s muscles – to stop the most popular night-time baddies. Explore eight PJ Masks locations, from the city roofs and Mystery Mountain all the way to the Moon! With help from PJ Robot, players will discover a world of friendship, teamwork, and amazing hidden collectibles. Bedtime is the right time to fight crime – but can the world be saved from Romeo, Luna Girl, Night Ninja and more villains?

Produced by eOne, Hasbro’s global entertainment studio, PJ Masks has been a hit with TV viewers worldwide since its premiere on Disney Junior in 2015. It is now one the top broadcast and licensing properties for pre-schoolers, ranking as a Disney Junior top five series among kids 2-5 with annual global retail sales reaching $1.15 billion. 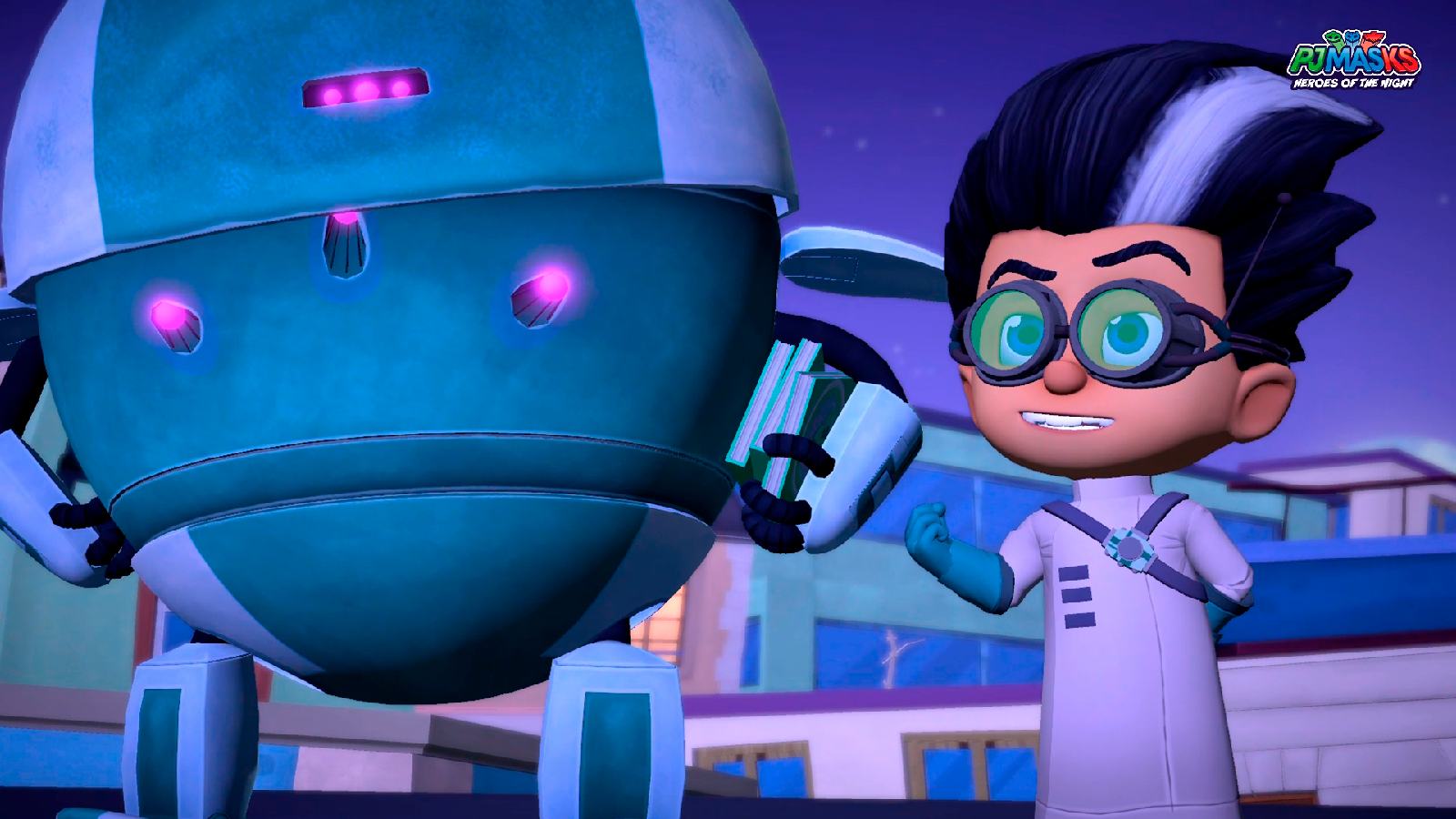 ‘We’re beyond excited to be the ones to finally bring the PJ Masks home to consoles in this brand new adventure, our partnership with Hasbro on creating amazing kids video games has been a dream come true’ says Terry Malham, CEO of Outright Games. ‘The PJ Masks are a beloved, modern franchise for kids and really serve that growing audience from pre-school to older kids discovering the world of superhero adventure for the first time. With all our games we want to bring kids into the amazing world of video games and couldn’t think of a better fit for this than the PJ Masks’.