Vertex Pop recently unveiled its E3 trailer for the upcoming Super Crush KO, which will be released for PC and Nintendo Switch next year. The video highlights the stylish beat-em-up nature of the game, as players will have to perform some moves in order to defeat the baddies and rescue the protagonist’s cat.

Graceful Explosion Machine creators Vertex Pop today released the latest trailer revealing some gameplay details of the upcoming vibrant beat-em-up and run ’n gun hybrid for Nintendo Switch and PC, Super Crush KO. Currently being showcased at E3, Super Crush KO has players take control of Karen, a tough and fashionable brawler in a colorful world overrun by frantic robot enemies. Karen must wipe them out using punches, kicks and long-range combat in fluid combos on the way to save her cat Chubbz and (while she’s at it) humanity. 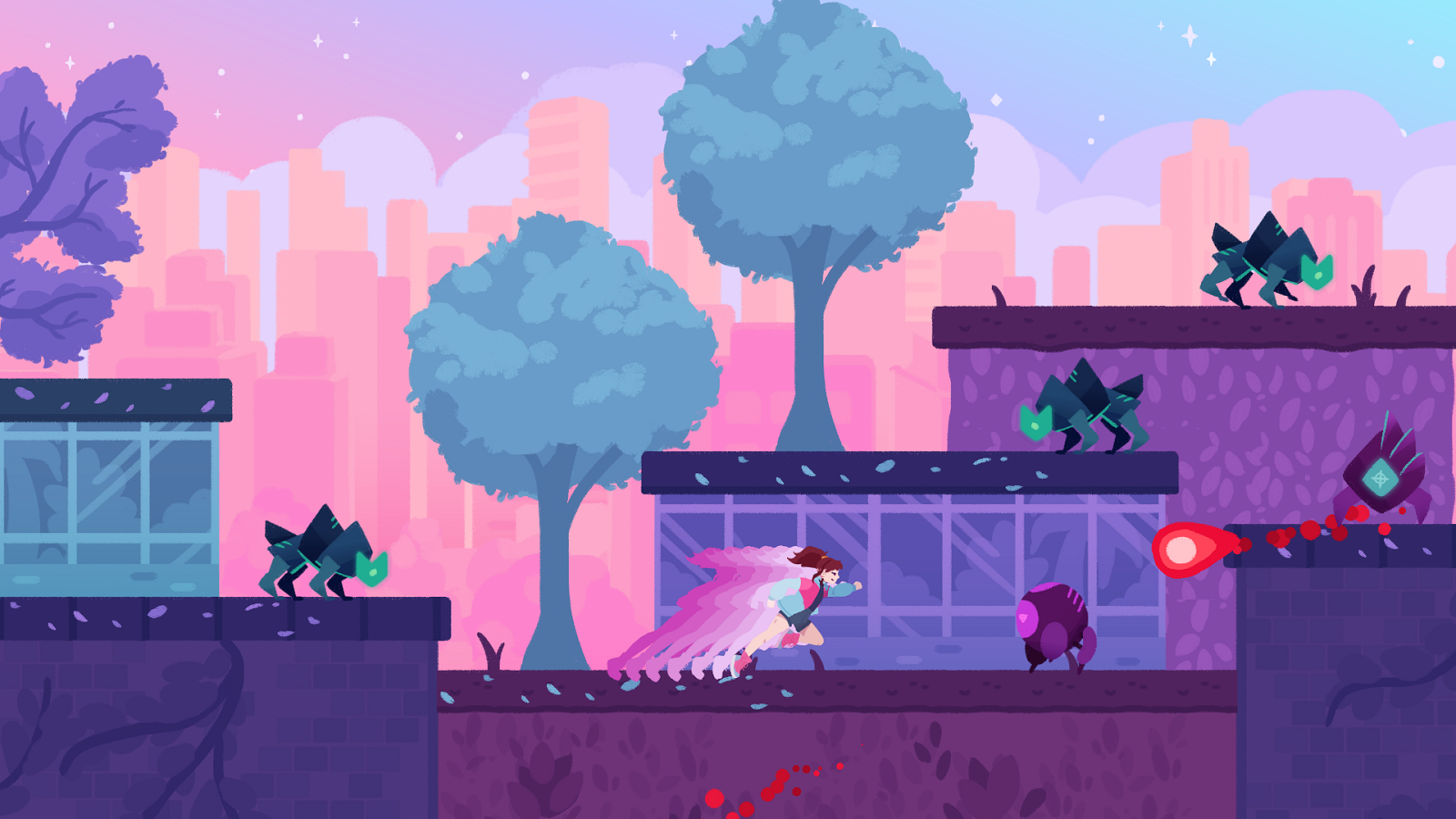 The trailer demonstrates special ground and aerial moves that players can obtain by visiting various food carts across the city. A pizza slice gives them the “Uppercut Slice”, a salty pretzel grants the “Twister Drill,” while salty sweet popcorn awards players with the “Air Pop” maneuver. Super Crush KO offers exhilarating fast-paced shoot-and-beat-em-up action, where players mix different moves into various easy-to-execute combos to launch waves of robots into the sky, juggle them and smash them into pieces. Featuring delightful hand-drawn graphics, a pastel color palette and a catchy soundtrack, this is an easy-to-pick-up, feel-good action game complemented with bright and stylish aesthetics, coming to Steam and Nintendo Switch in 2020.