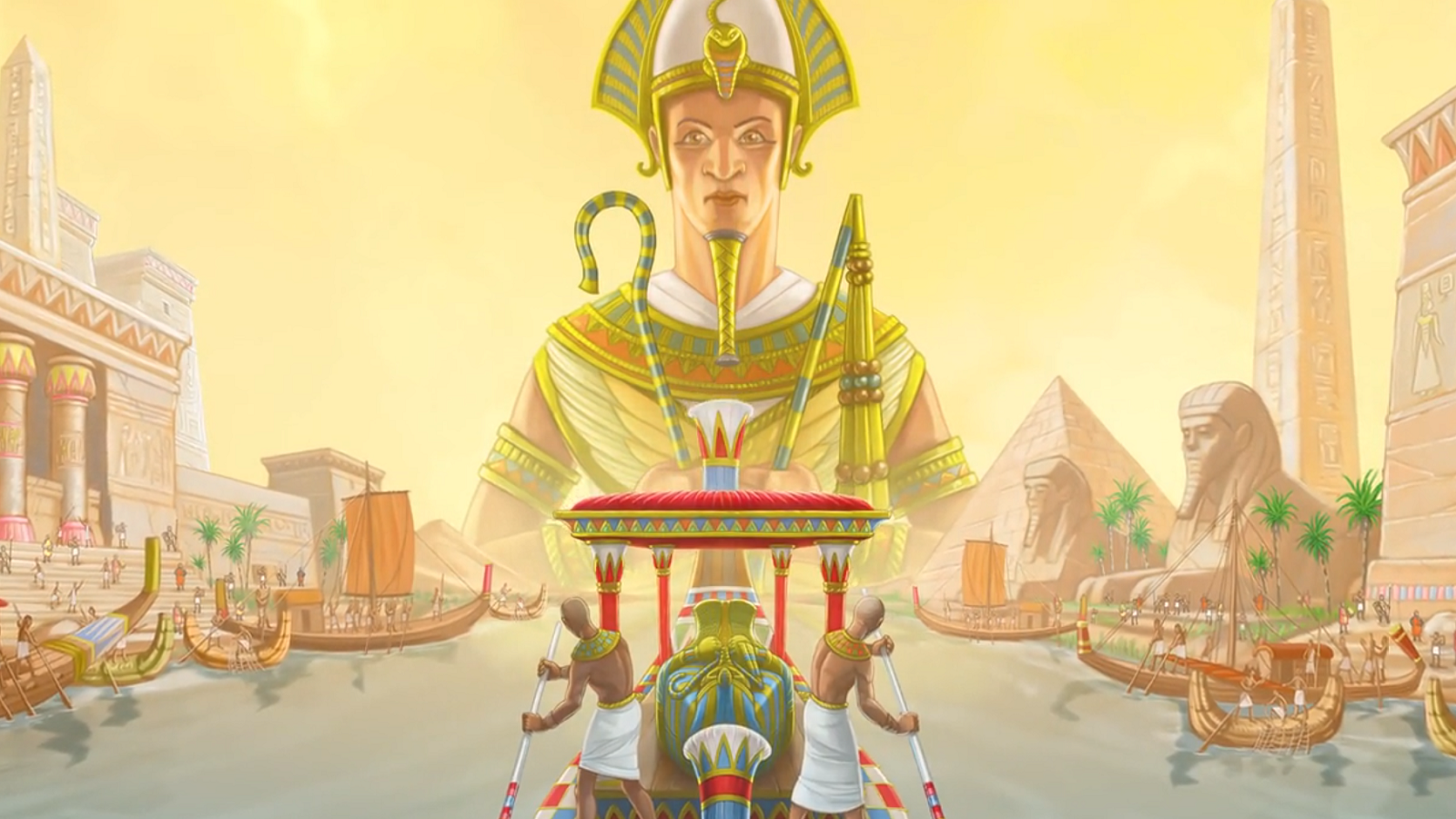 Pharaoh’s Pyramid, the next expansion for Sailing Toward Osiris after the Governors & Envoys, has officially hit Kickstarter. This expansion will include new cards, a major new mechanic, a new type of “credit”, and more.

Return to the Land of Egypt …where Pharaoh’s funeral barge sails down the Nile river as the Governors of the land build monuments to their fallen King’s glory. This time, however, there’s even more to do before Pharaoh can stand before Osiris – in addition to the monuments, the Governors must work together to construct a pyramid for the Pharaoh’s sarcophagus. The temple priests stand ready to offer assistance, for a donation; and the palace guards can be encouraged to procure city benefits exclusive to the Governor who hired them; but can the Governors work together to complete the great pyramid in time for Pharaoh’s arrival?

The new expansion comes with 10 new City Cards and 5 new Boon Cards, pyramid blocks that will encourage players to build a pyramid together, a new type of credit called “debens”, temple donations, and palace guards. To celebrate the launch of the Kickstarter campaign, Sailing Toward Osiris’ base game is on sale. Instead of only the main game, this is the Kickstarter version which comes with the Governors & Envoys expansion.