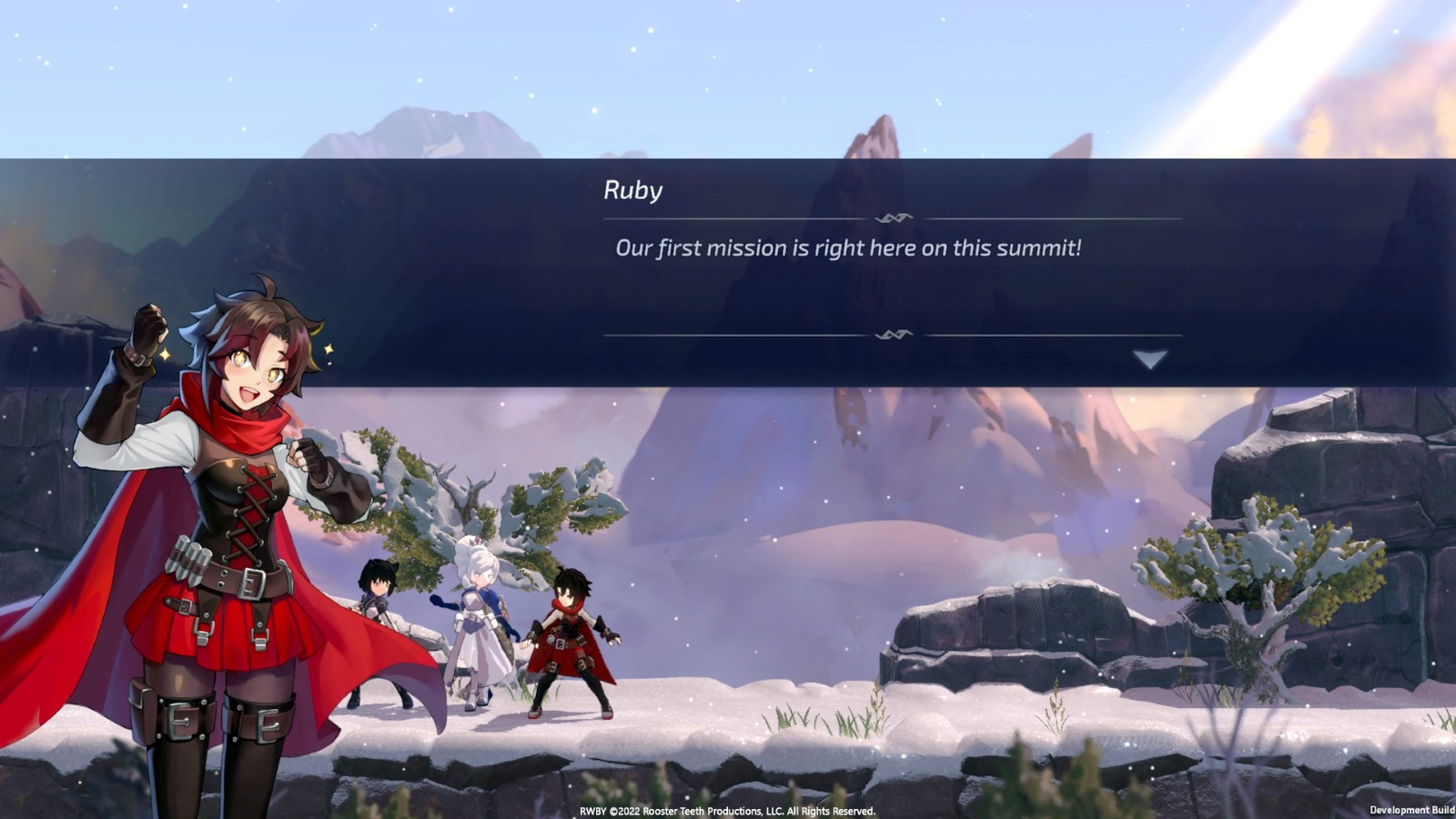 Ruby, Weiss, Blake, and Yang are gearing up for a new adventure sooner than anticipated. RWBY: Arrowfell is a new side scrolling action game from independent studio WayForward, and will launch November 15th.  All four members of Team RWBY will be playable characters in an original and canonical storyline. You can check out more details including a new trailer below:

In celebration of Team RWBY leader Ruby Rose’s birthday today, independent game studio WayForward (Shantae, River City Girls) is proud to announce that the eagerly anticipated video game, RWBY: Arrowfell, has an official release date of November 15, 2022 in North America and Europe. Featuring four playable characters, more than 25 areas to explore, and an original, canonical story, this sidescrolling action-adventure game based on Rooster Teeth’s global animated hit RWBY is only weeks away from launching digitally on Nintendo Switch, PlayStation 4, PlayStation 5, Xbox, and PC, priced at $29.99 and rated E10+ by the ESRB. A new trailer featuring the release date and showing Team RWBY in action can be seen at https://youtu.be/AzDxERW_lK4.

Set shortly after Team RWBY becomes licensed Huntresses in RWBY Volume 7, RWBY: Arrowfell puts players in control of Ruby Rose, Weiss Schnee, Blake Belladonna, and Yang Xiao Long, allowing them to switch instantly between characters as they battle the Creatures of Grimm and other foes using the heroes’ signature weapons and Semblances in melee and ranged combat. As they explore locations across the frigid continent of Solitas, Team RWBY will solve puzzles, use items, earn upgrades, and complete missions for familiar faces such as Qrow, Winter, and the Ace Operatives (as well as everyday citizens) while uncovering clues about a mysterious new technology. Numerous new characters — including the new fan-favorite team of Huntresses, Team BRIR — play prominent roles in the story as well.

Bringing further authenticity to the RWBY experience are all-new cutscenes from the makers of the show, voice work from RWBY’s original cast, an atmospheric soundtrack by composer Dale North, and a brand-new theme song by Jeff Williams with vocals by Casey Lee Williams. For more information about RWBY: Arrowfell as the release date draws closer, follow @OfficialRWBY on Twitter as well as @wayforward on Twitter and Facebook, and for additional news about WayForward’s lineup of games, please visit www.wayforward.com.

Play as all four members of Team RWBY — Ruby, Weiss, Blake, and Yang — each with their own weapons and abilities! Switch between them at any time!

Use each character’s Semblances to get an edge in combat and solve puzzles!

Explore a variety of nonlinear environments in Atlas, Mantle, and the surrounding areas!

Interact with familiar characters such as Penny, Winter, General Ironwood, and the Ace Operatives, as well as new faces such as Team BRIR!