Today, Wizards of the Coast announced that it will release the action-RPG Dark Alliance for PlayStation 4 and 5, Xbox One and Series X, as well as PC on June 22. The game will also have a free upgrade for those that purchase their respective PlayStation 4 or Xbox One versions, and a physical steelbook will be available for purchase physically.

Wizards of the Coast, a division of Hasbro, Inc (NASDAQ: HAS) is proud to announce that DARK ALLIANCE, the explosive action roleplaying game that builds upon the rich lore of the Forgotten Realms in Dungeons & Dragons, launches on June 22, 2021 for PC, PlayStation®4, PlayStation®5, Xbox One Consoles and Xbox Series X|S.

“DARK ALLIANCE marks an important milestone for us as the first Dungeons & Dragons video game to be published by Wizards of the Coast,” said Chris Cocks, President, Wizards of the Coast. “We’re excited to expand beyond the tabletop and deliver a brand new type of D&D experience to long-time fans and new audiences when the game launches this June.” 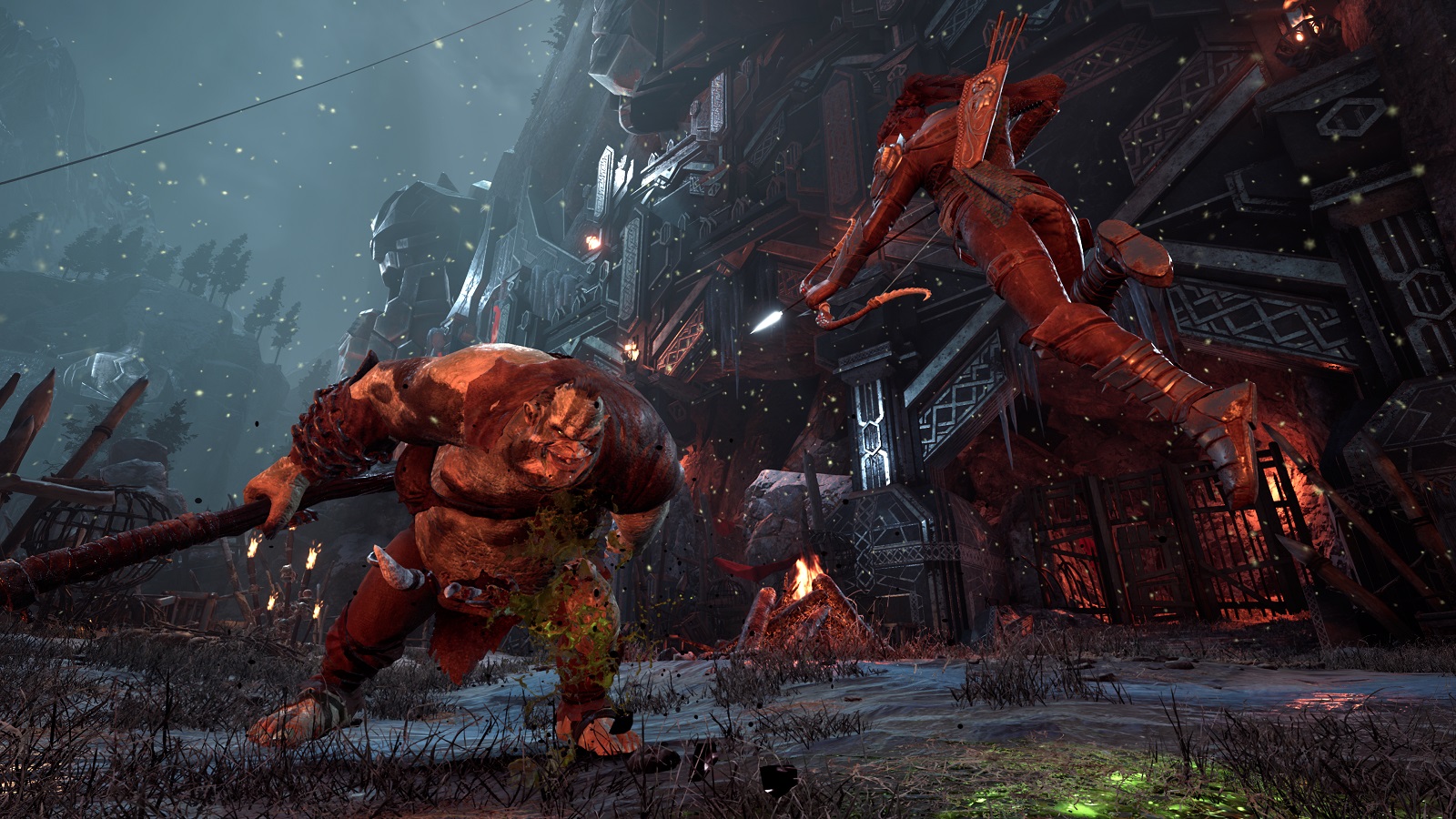 Developed by Wizards Studio, Tuque Games, and set in the Forgotten Realms, the game features real-time combat and dynamic co-op gameplay, and pits the infamous Drizzt Do’Urden and his legendary companions – Catti-brie, Bruenor, and Wulfgar – against some of the most iconic monsters from the world of Dungeons & Dragons. Frost Giants, Beholders, and White Dragons roam the frozen tundra of Icewind Dale in search of the Crystal Shard— and it’s up to the companions to muster the strength to stop them from claiming and using it to destroy their home.

Starting today, fans can pre-order the Digital Edition for $39.99 online via DarkAlliance.com or the standard edition and retail-exclusive Steelbook® edition for $59.99 at select retailers. The Steelbook® edition includes a Steelbook® case, a printed art book, a downloadable Dungeons & Dragons soundtrack, a Beholder and Lich weapon set, and the forthcoming expansion “Echoes of the Blood War”. Fans can also opt to pre-order the Digital Deluxe Edition for $59.99 that includes the upcoming expansion “Echoes of the Blood War” and the Lich weapon set. All pre-orders – regardless of edition or platform – will receive an exclusive in-game Beholder weapon set at launch. 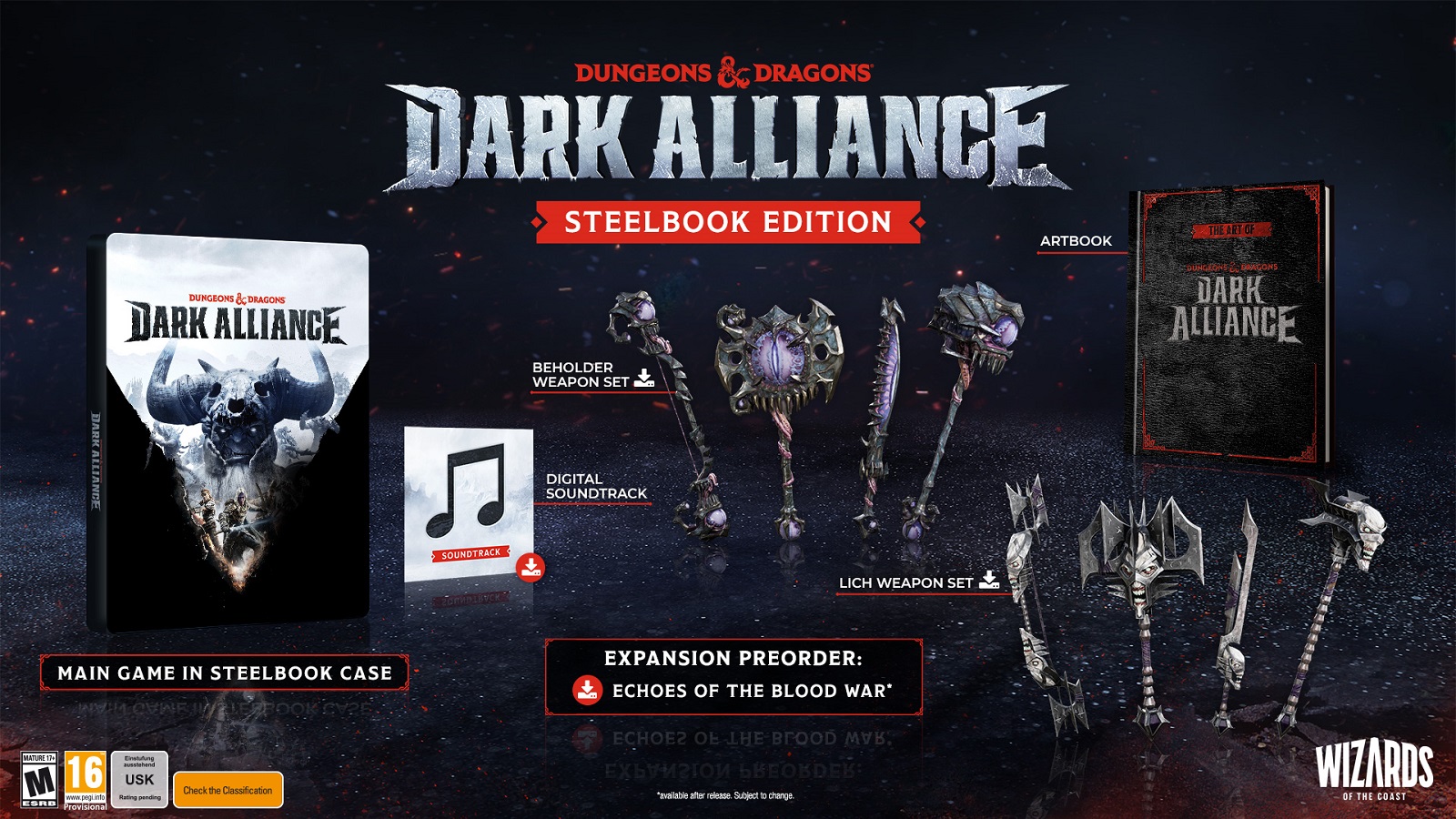 “Dungeons & Dragons is the reason I became a game developer; it’s a lifelong dream realized to be able to create something that is fun to play over and over again with your friends,” said Jeff Hattem, studio head, Tuque Games. “Since announcing the game, we’ve worked to bring these iconic characters and monsters to life in a stunningly beautiful and fully realized world that makes you feel like you’re in the middle of combat encounters in D&D.”

Wizards of the Coast is making it easy to assemble your party. Players who purchase DARK ALLIANCE on PlayStation®4 will receive a free digital download code so that they can upgrade to the PlayStation®5, and vice versa. Players who preorder on Xbox One Consoles or Xbox Series X|S will only have to buy the game once and receive it on both platforms through Smart Delivery.