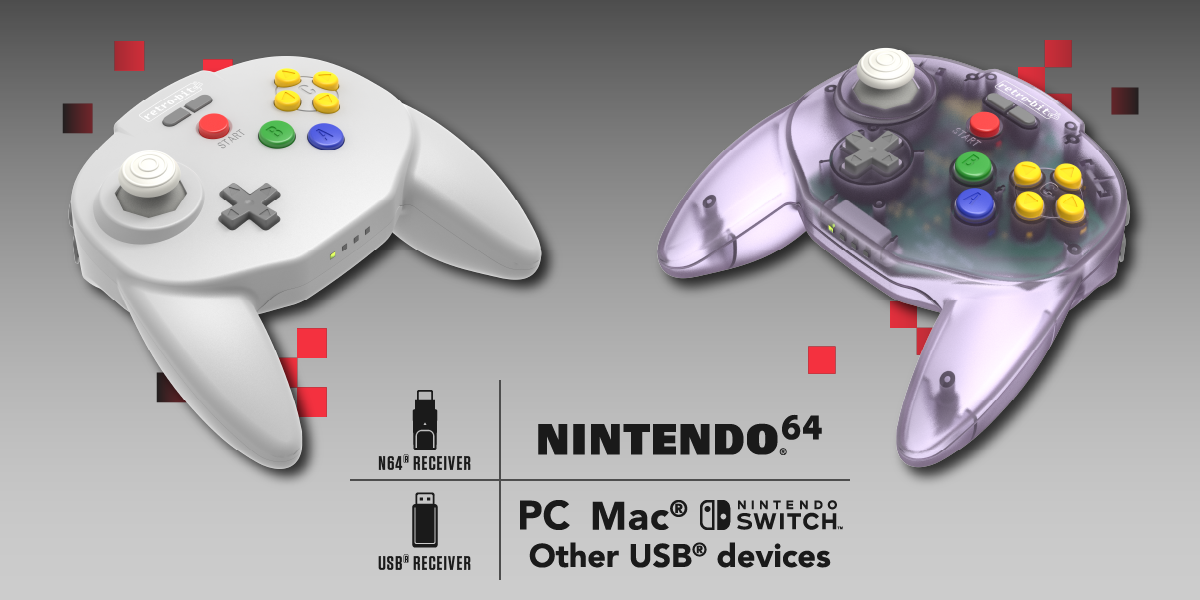 Retro gaming  is at an all time high and many companies are hopping the nostalgia train to create amazing new accessories for retro consoles, helping to bridge the gap between the retro world and the modern world. Enter Retro-Bit, a company who previously found success with their wired Tribute64 controller, created for both the original N64 and in a USB based version, that has now improved their product by creating a wireless version. After years of wireless controllers on modern consoles, it feels almost archaic returning to the wired past, so here’s hoping that companies like Retro-Bit continue releasing modern accessories for older consoles. Check out below for details on the wireless Tribute64.

“In April 2019, Retro-Bit launched the Tribute64 wired controller in both USB® compatible and N64® compatible ports.  It was inspired by the Hori Mini Pad 64 that was widely popular in the retro-gaming community but has since been discontinued and can now run over $160.  Retro-Bit originally released a wired version with 3 color variants that included Ocean Blue, Forest Green, and Red. They later gave their fans an opportunity to choose a new color variant suitable for the N64 port controller where Atomic Purple, Classic Grey, and Sea Salt Ice Cream were the popular selections and were developed for the retro-gaming community.  The wired Tribute64 was raved by gaming experts and media stating it is “The best replacement for N64 fans” by Game Tyrant and “The Analogue stick – which is a close match to the one seen on the GameCube pad – is fantastic to use.” by Nintendolife.

Retro-Bit’s plans for a wireless version materialized in the production room as the next release. Built-in rumble, which had not been done by other companies with an N64 – compatible port wireless controller, was a feature that the company aimed to include.  As social media buzz and reviews rolled out about the wired Tribute64, Retro-Bit wanted to ensure an expansion on ultimate ergonomics that included a size and layout where players’ fingers easily fall into the perfect position for long-lasting gameplay.  By using clay molding and 3D printing during development, the promise of a wireless version of this beloved controller loomed over the fans. It will now be available in early 2021 and will include dual receivers to play on the N64 and USB-enabled devices. 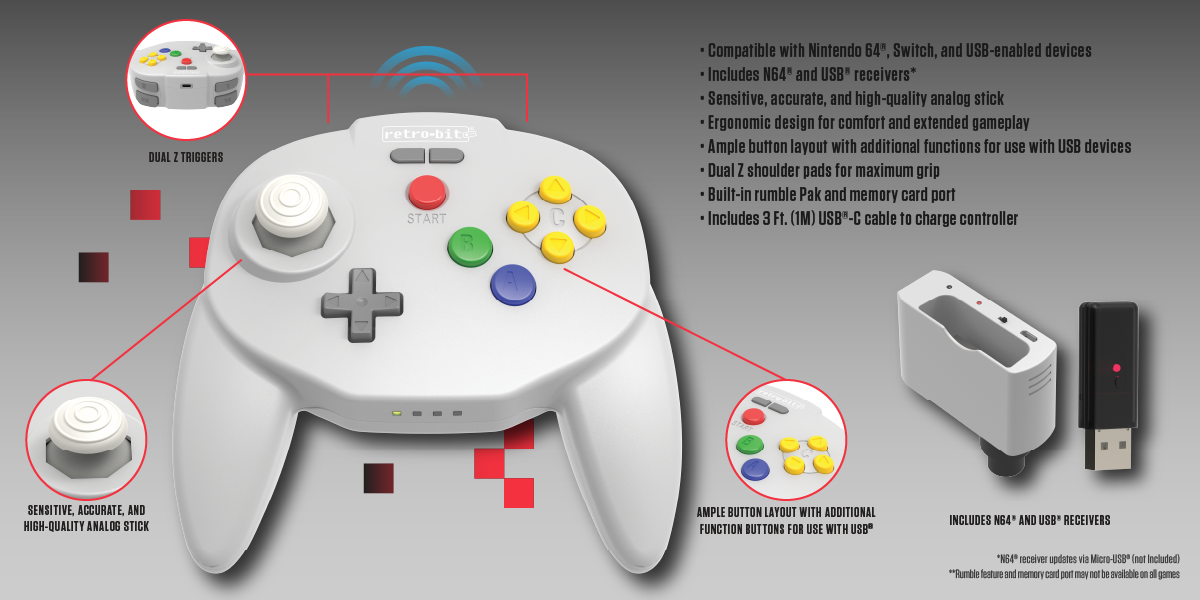 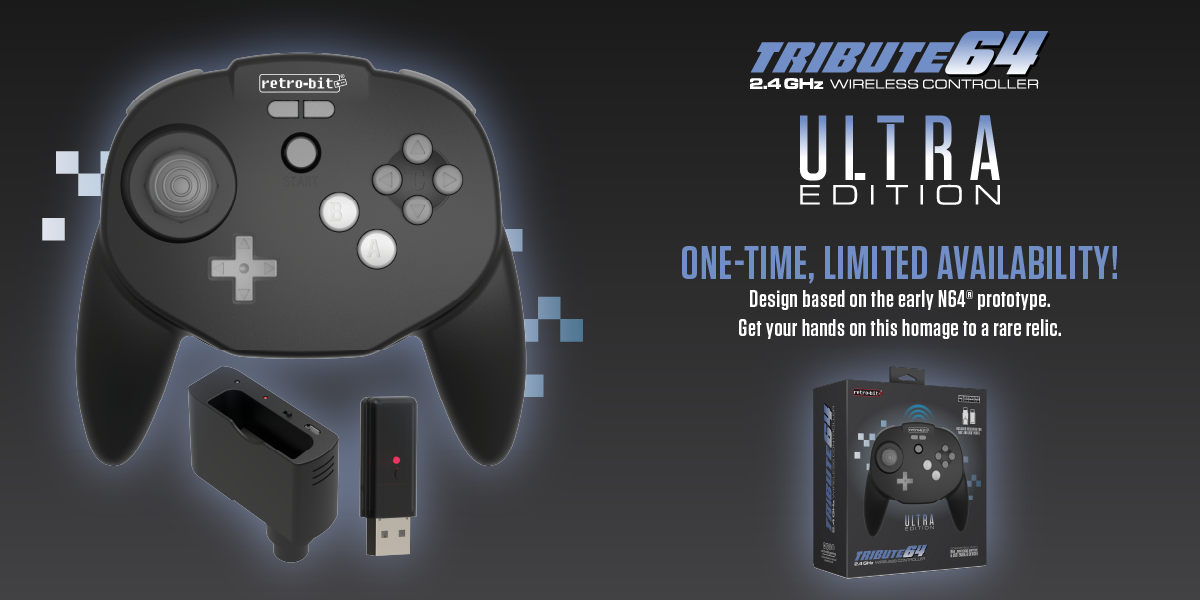 Only limited quantities will be available for the Ultra Edition Tribute64 – a limited-edition jet-black color that will be a one-time exclusive!  Pre-Orders for the Ultra, Classic Grey, and Atomic Purple are set to start on April 7th and retail for $39.99 USD at the following retailers:

The wireless 2.4GHz Tribute64 will come with a receiver that is compatible with the N64 and memory paks. Some other features include: 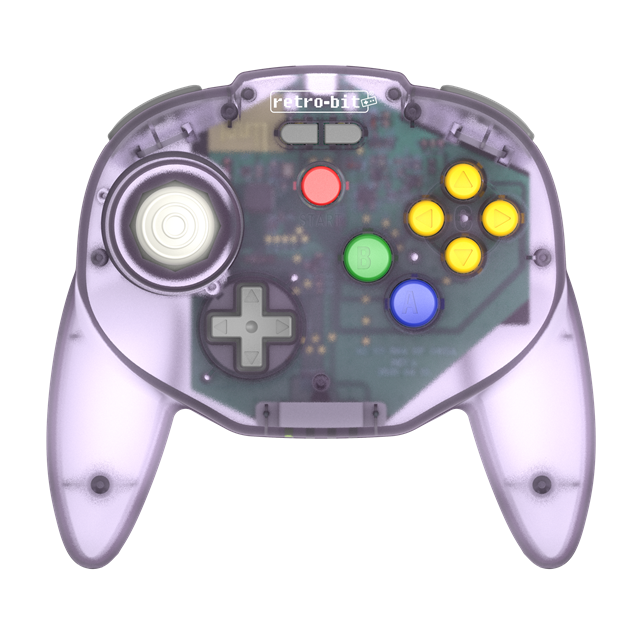 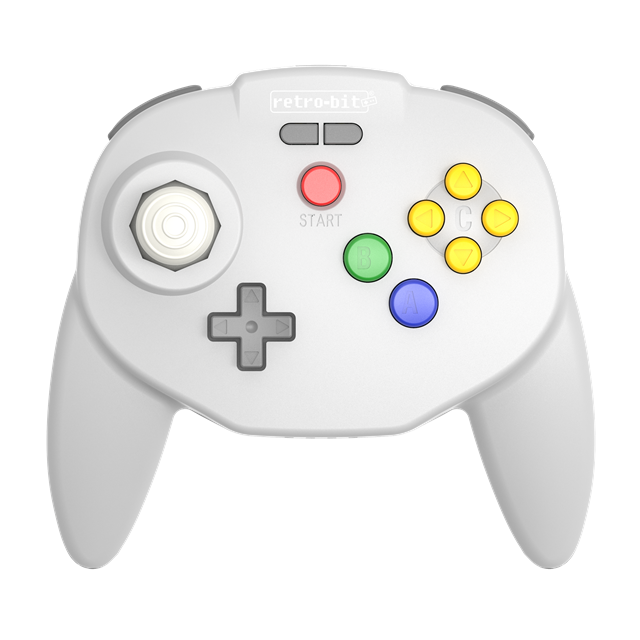 We can expect to see the same amount of quality and work in the wireless Tribute64. Retro-Bit has brought high-quality controllers to the market in recent years, and the Tribute64 and Legacy16 are no exception. ”

Stay tuned to Gaming Trend for updates on the Tribute64 as they are released.