Today, Phantom Compass announced that it will release the puzzle game Triversal for PC on July 13. The game aims to be a relaxing game for players as it tests their problem-solving skills with simple gameplay and a soothing soundtrack.

Players looking for a soothing and engaging puzzle experience that balances perfectly between intellectual challenge and relaxing, pick up n’ play need look no further. Triversal, from Canadian independent developers Phantom Compass, is headed to Windows PC via Steam on July 13, 2021! In Triversal, players must use spatial logic and problem-solving skills to perfectly place a luminous orb over a black hole by connecting it to stretchy tethers. While this seems simple enough, the challenges ramp up with more complex levels, additional modifiers like flexible tethers, and tokens that can be used to purchase hints and receive bonuses. The calm but captivating gameplay is backed by a charming, tranquil soundtrack and presented in a gorgeous neon palette.

The basic concept behind Triversal is simple — to progress to the next level, players must get a glowing token to sit firmly above a black hole. To do this, players will attach “tethers” to the token — flexible streams of light that pull it in one direction. Finding the right sequence of tethers to get that orb exactly where it needs to go is where the challenge begins. What begins with a gentle learning curve becomes progressively more difficult, as more and more tether anchors appear on screen, along with bonus coins that can be used to purchase helpful items, modifiers, and even more flexible nodes that move when connections are made. For streamers that would like to invite their audience to join in on the fun, there’s the super handy “Streamer Assist feature” that allows viewers to chime in and offer helpful tips with an on-screen overlay.

“We designed Triversal to be a chill pick up n’ play puzzle game,” said Tony Walsh, Company Director, Phantom Compass. “It’s a relaxing but challenging experience that doesn’t require a huge time commitment and can be played on the go or in between tasks, but still contains a level of depth and polish that make it stand out from the crowd.” 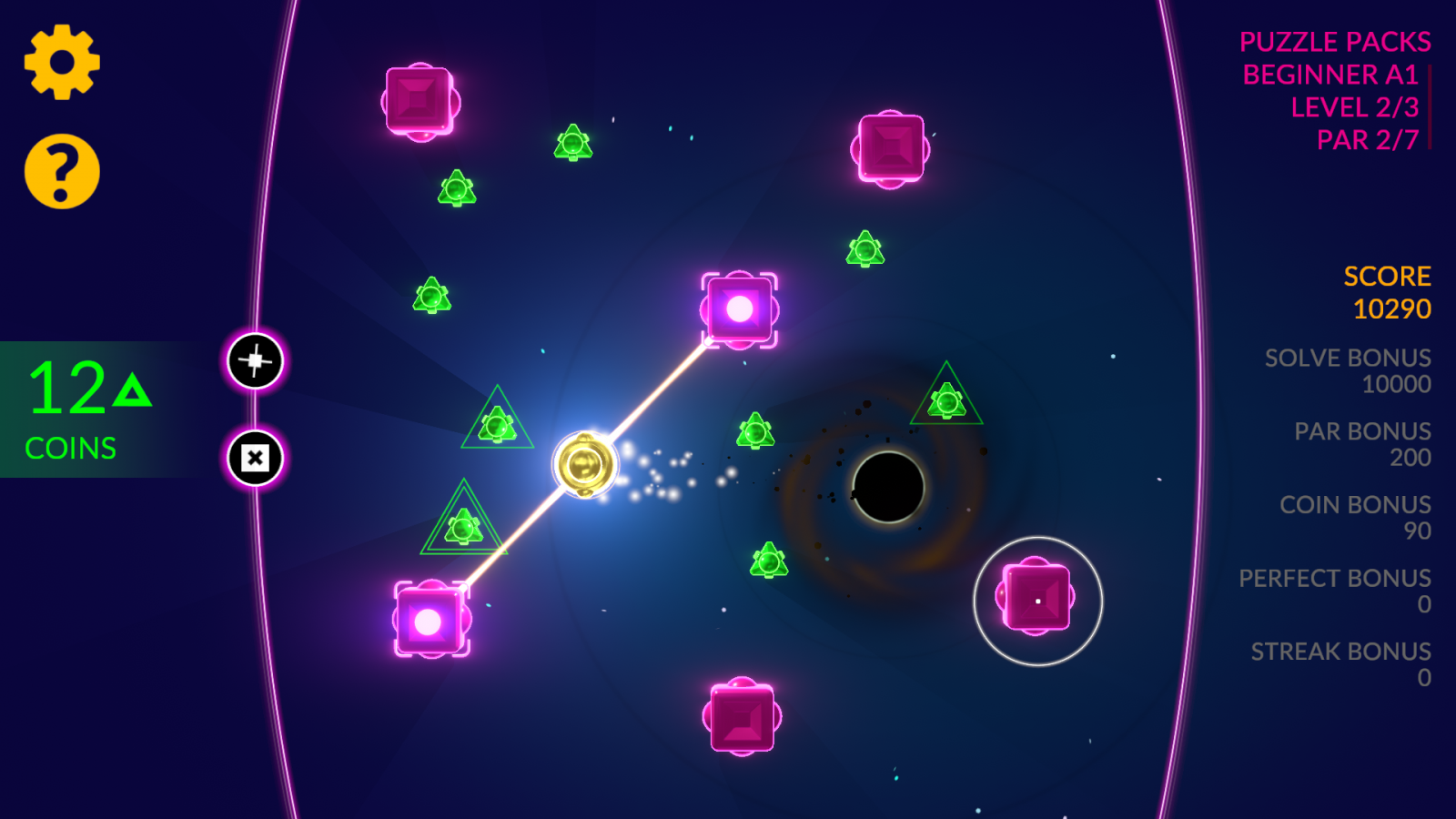 Phantom Compass will release Triversal for Windows PC via Steam on July 13, 2021, for $11.99 USD. Through May 31, a Steam Playtest for Triversal will be available, allowing players to try it for free.