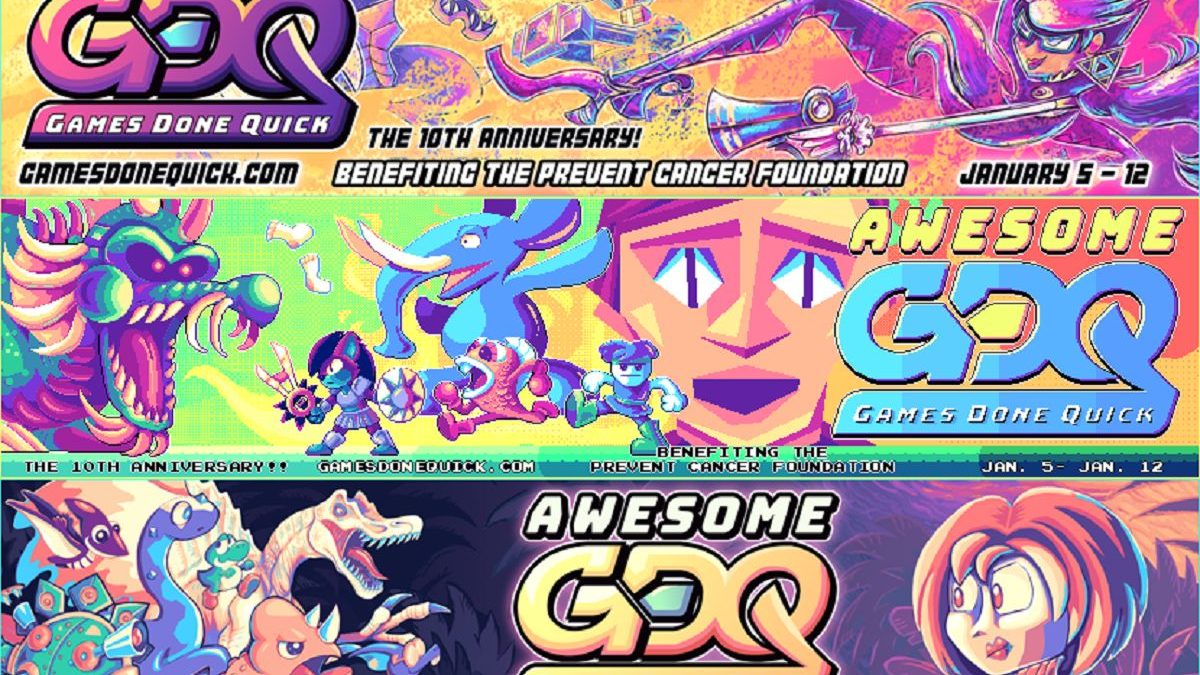 We haven’t seen a speedrun event this whole decade, but Games Done Quick is ready to rectify this dad joke-worthy lead as Awesome Games Done Quick 2020 will take place this Sunday, January 5. The event will run 24 hours each day until January 12, with over 130 games represented including recent favorites like Untitled Goose Game and The Outer Worlds.

Celebrating its 10 year anniversary, AGDQ 2020 will feature more than 130 games showcased by the world’s most talented speedrunners. The event begins on Sunday, January 5 at 11:30 a.m. EST and will conclude on Sunday, January 12, 2020.

Awesome Games Done Quick is a week-long, 24-hour speedrunning marathon where gamers beat video games as quickly as possible, all while supporting Prevent Cancer Foundation, a nonprofit dedicated to the prevention and early detection of cancer.

AGDQ 2020 will be broadcast live on Twitch at https://www.twitch.tv/gamesdonequick.

Donations can be made directly during the event via the viewing page available at GamesDoneQuick.com. One hundred percent of all AGDQ 2020 donations support Prevent Cancer Foundation. Since 2010, Games Done Quick has raised more than $22 million for charities around the world, including Doctors Without Borders, AbleGamers, and Organization for Autism Research.

Last year, more than 2,200 people attended Awesome Games Done Quick 2019 in person, while the Twitch live stream saw a peak of 219,240 concurrent viewers. Through donations made during the event, more than $2.39 million was raised for Prevent Cancer Foundation.