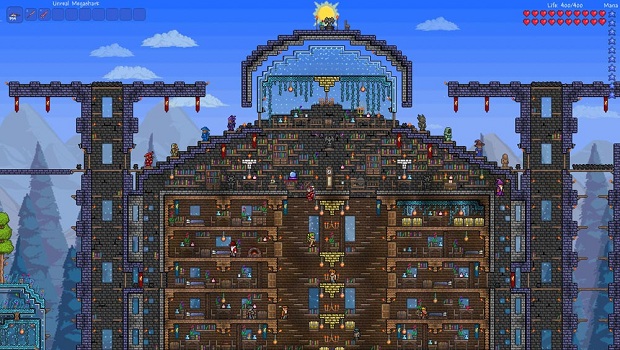 A few measly days after releasing a huge 1.2 update to the 2D mining/exploration fun-fest  that is Terraria, Andrew Spinks (aka Re-Logic) let word out of his plans for the sequel!  You heard it right: Terraria 2 was confirmed earlier this afternoon in an interview with RPS.  There’s still some confusion as to how far along the development is, but all indications suggest that Spinks has some big plans.

Perhaps the most intriguing is the idea of an infinite world.  Now, anybody who’s played Terraria knows that the procedurally-generated worlds are already huge–the idea of even larger maps is pretty amazing.  Also going in: more biomes!  Terraria already lets you dig your way through jungles, deserts, subterranean mushroom forests, and even hell itself, so it’s going to be pretty interesting to learn more about what’s to come.  We’ll keep you up to date as more details come out, but in the mean time, head over to RPS to read the interview yourself.