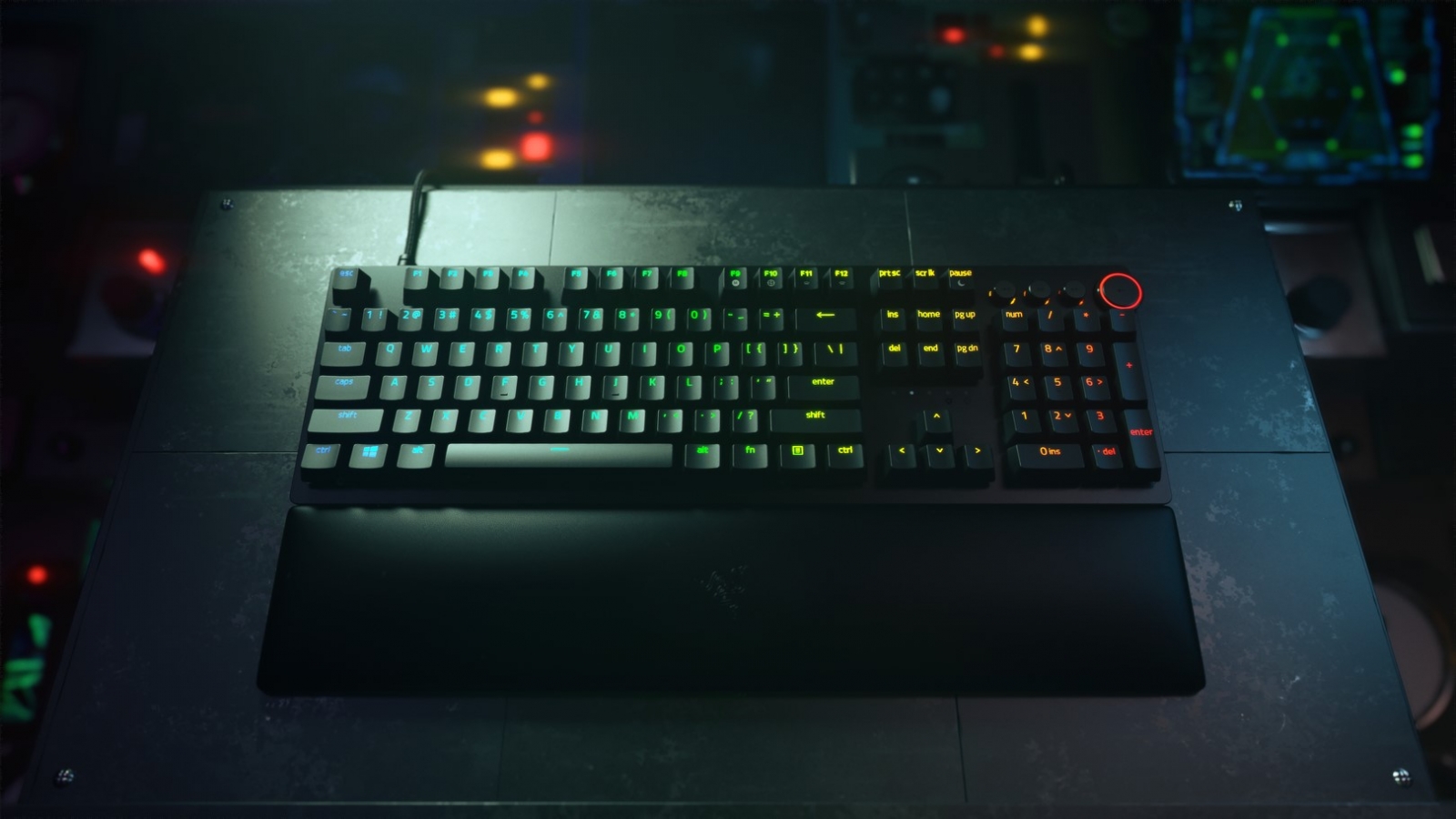 RAZER has announced the release of the world’s fastest keyboard, the RAZER HUNTSMANS V2. Featuring a slick design, full-sized and tenkeyless layouts, unparalleled key feel, near-zero input latency, and many more impressive features, the RAZER HUNTSMAN V2 looks to be the perfect addition to any gamer’s setup.

IRVINE, Calif. – Razer™, the leading global lifestyle brand for gamers (Hong Kong Stock Code: 1337), today announced the Razer Huntsman V2 line, with a suite of upgrades and enhancements to create the fastest, most advanced optical gaming keyboards in the world. The new features include Razer’s 2nd generation Optical Switches, Razer 8k HyperPolling Technology, and Doubleshot PBT keycaps, as well as improved acoustics, made in response to player and community feedback.

Since its launch in 2018, the Huntsman family of keyboards has grown in popularity to become the best-selling gaming keyboard in the U.S.¹, setting new standards for innovative, high-speed, gaming-grade keyboards. The new Huntsman V2 range is set to continue that legacy with a range of upgrades and refinements focused on the fundamentals of a great gaming keyboard; performance, feel, and acoustics.

“We broke new ground with the original Huntsman, bringing Optical Switches to mainstream gaming for the first time,” said Chris Mitchell, Head of Sales & Marketing of Razer’s Peripherals Business Unit. “The improvements and refinements in the new Huntsman V2 range now give players a high-performance, gaming-focused keyboard that feels even smoother, responds even quicker, and sounds quieter than before.” 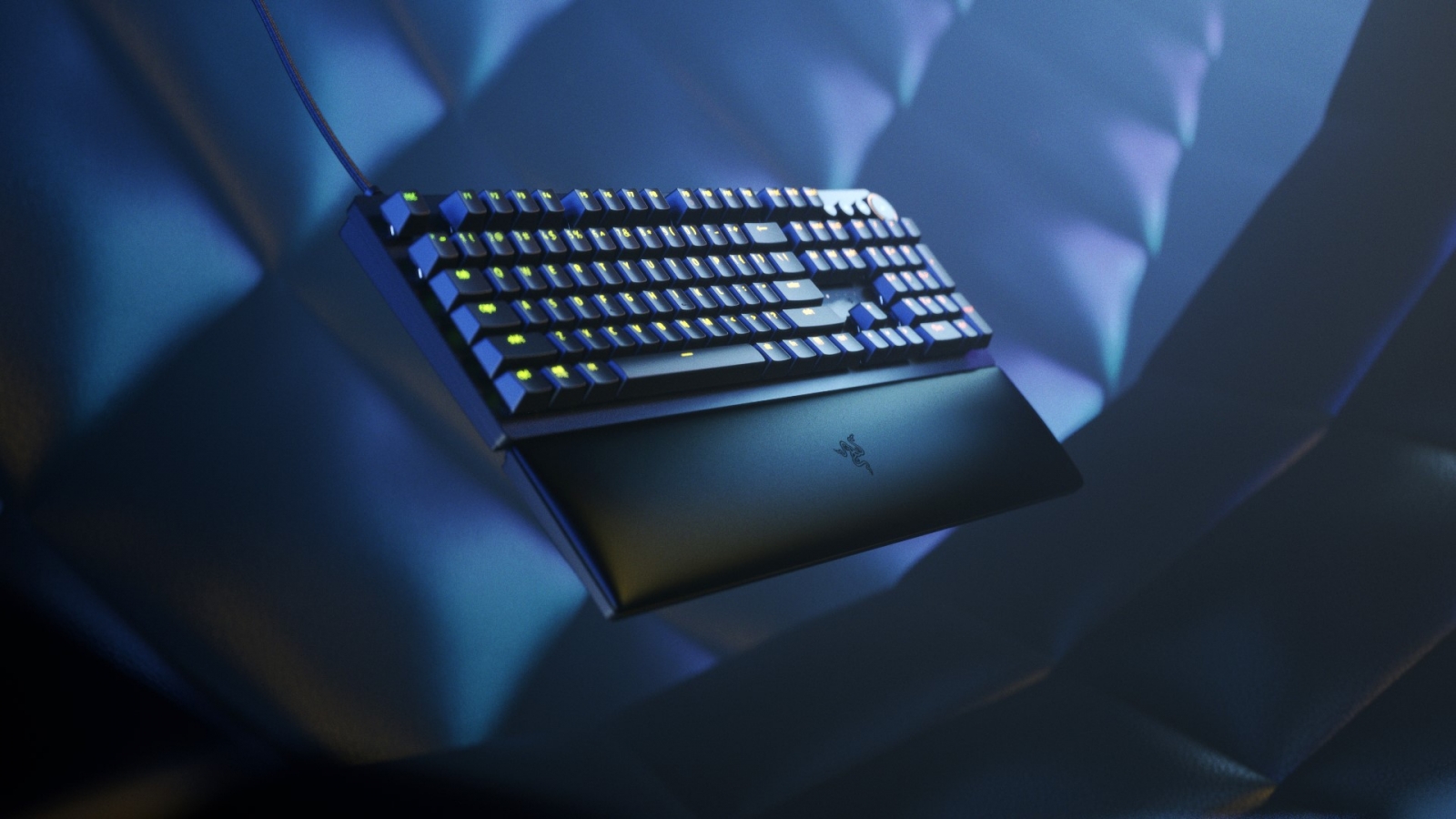 The Huntsman V2 is available with Razer 2nd Generation Linear Optical Switches, which have been refined and tweaked based on player and user feedback. Foremost in these refinements is the addition of a silicon sound dampener, to reduce the ‘clack’ of the key bottoming out during use, which greatly improves the typing experience. The switches also feature more generous lubrication on the switches and stabilizers, for even smoother operation and increased noise reduction.

The Razer 2nd Generation Linear Optical Switches use an infra-red beam of light to activate the switch signal, which completely eliminates debounce delay, the delay traditionally built into mechanical switch keyboards to ensure a contact signal is a true keypress. With no debounce delay, Razer 2nd Generation Linear Optical Switches can take advantage of Razer HyperPolling Technology, surpassing the 1000Hz polling rate of standard keyboards and ramping up to a blistering true polling rate of 8000Hz. These two high-speed, high-performance technologies combined give the Huntsman V2 near-zero latency for the fastest, most responsive gaming keyboard in the world.

In response to feedback from the community and esports athletes, the Huntsman V2 has also been upgraded in other areas. Doubleshot PBT keycaps, for extra durability and resistance to wear, come as standard on the Huntsman V2. The two-stage molding process used in creating the keycaps results in fadeproof legends, even after hundreds of hours of use, with a textured finish for a secure fingertip grip and positive typing action.

To improve keyboard acoustics, a series of sound dampening features have been added through the chassis, to absorb pings and thunks as the keys bottom out during use. A sturdy matte aluminum top plate keeps the keyboard rigid with minimal flex, even under the most intense key pounding, and a sculpted, ergonomic wrist rest fits perfectly to the front of the Huntsman V2 for added support and pressure relief during long sessions.

The Huntsman V2 is equipped with a Multi-function Digital Dial and 4 dedicated, customizable media keys for extended usability outside of gaming. Fully programmable through Razer Synapse 3, the Huntsman V2 features 7 preset Razer Chroma lighting effects, with a selection of up to 16.8 million colors, for complete personalization. The hybrid on-board memory can be used to save settings, macros and color schemes for access anywhere, anytime, even without access to cloud storage. 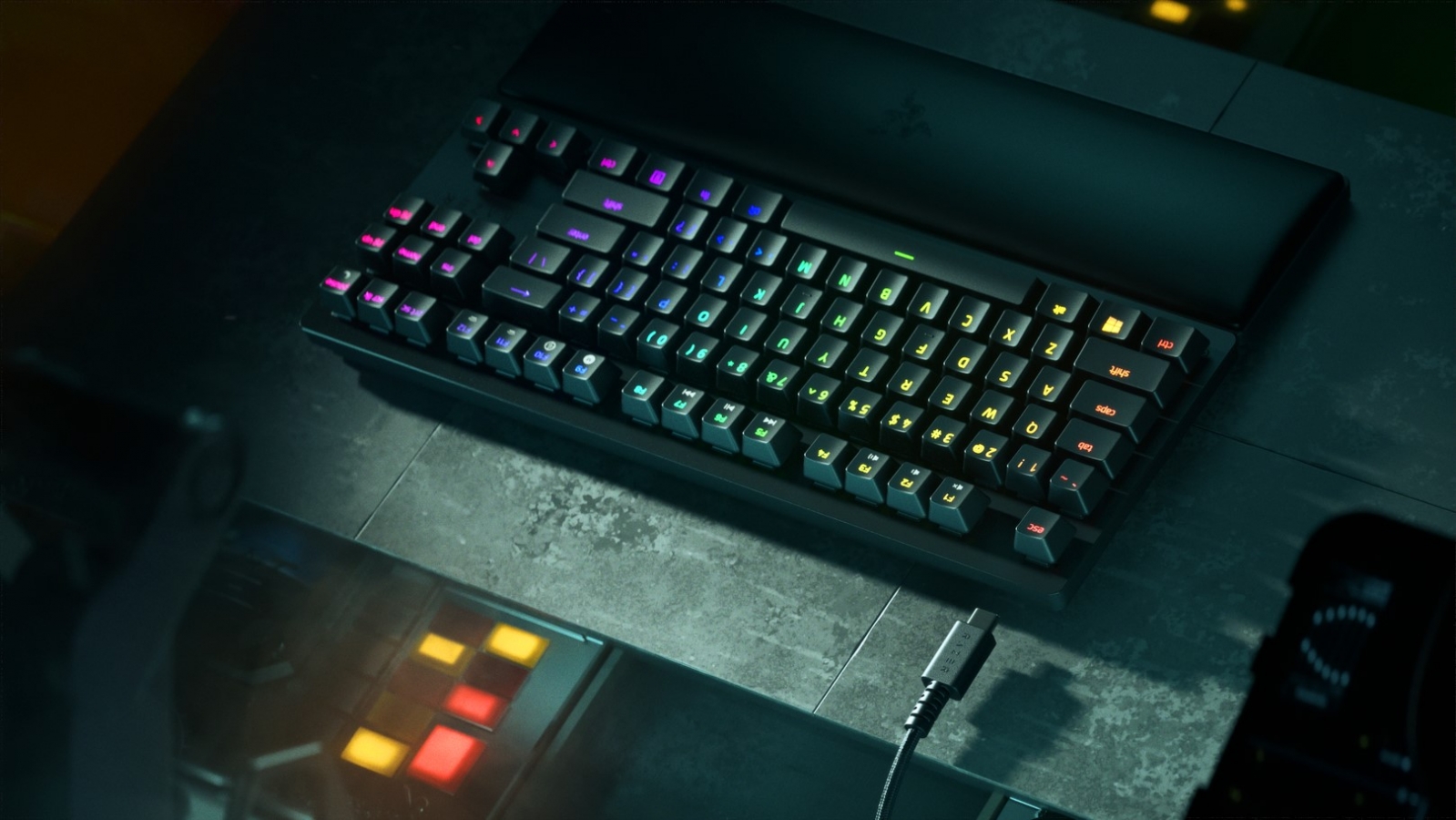 ABOUT THE RAZER HUNTSMAN V2

Stay tuned to Gaming Trend for more info on the RAZER HUNTSMAN V2 and for all your gaming news!