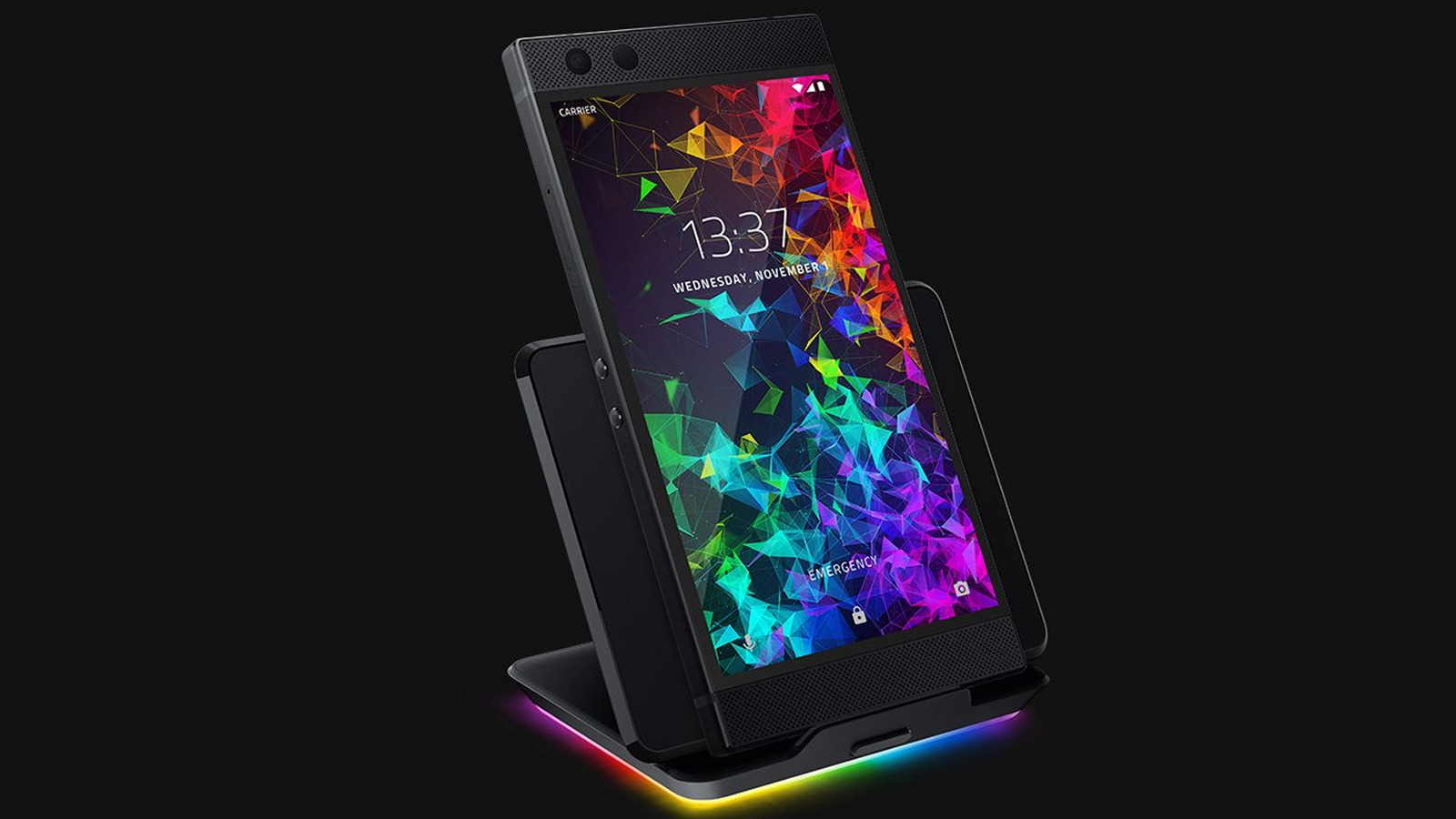 Razer made the 120hz gaming phone a reality with their previous outing, with the only real hole in its game being a somewhat weak camera.  They listened to their customers, however, and now they’ve announced a fresh take on their flagship mobile gaming phone — behold the Razer Phone 2.  Announced just one day after Google’s Pixel 3 announcement, Razer decided to eat their lunch and show them how it’s done.  While both devices use a Snapdragon 845 chipset from Qualcom, the Razer sports a whopping 8GB of RAM versus the relatively anemic 4GB of the Pixel 3 and Pixel 3 XL.  Why would you need all that extra RAM, you might ask?  In a world where games like Fortnite exist, the answer is pretty obvious.

Beyond doubling the RAM of any other flagship device, Razer also put in a vapor chamber cooling system to offload the heat generated by gaming — a serious concern for anyone who’s done a few laps with games like the Asphalt, Dirt, or Real series of racing titles.

Moving to the front of the device, they moved from a 12 megapixel camera to…well, a 12 megapixel camera.  Ok, that doesn’t sound like an improvement, but this new lens comes from Sony with full optical image stabilization, two lenses (one for wide-angle, and one for standard), upgraded color reproduction in software, and a bevy of improvements in the operating system to create a more robust shutterbug zone for those into more than simple selfies.

Under the hood we have similar upgrades that, on the surface, look like parallel jumps.  There is a 4,000 mAh battery to replace the…4,000 mAh battery, but the phone is now water resistant, supports USB-C charging, Qualcomm QuickCharge 4+, and a slick glass back with Chroma support.  Yea, the phone can now breathe different colors.

If I sound excited about this phone, it’s as strange for me as it is for you.  I’ve been a Google phone purist since their first offering, but Razer’s new phone looks like it may be the new handheld to beat.

There’s a lot more eyebrow-raising features with Razer’s new handheld, such as a brand new set of dual front-facing speakers with Dolby Atmos, 50% improvement in screen brightness while maintaining that butter-smooth 120 Hz refresh rate / 120 Hz touch sampling (a unique feature that even Apple can’t touch), LTE Gigabit antennas, HDR, and far more, but hey — I’m just here to share the news that they are taking pre-orders.  Let’s save some of that excitement for a hands-on review, shall we?

The Razer Phone 2 is available right now in Mirror Black, with a Satin Black variant arriving in Q4.  The price?  $799 (that’s $100 cheaper than its predecessor, and the same price as a smaller Pixel 3 with only half the RAM)  You can pick one up at Razer.com.

If you are a dork like me and need to see every bit of the specs, you can see all that below: