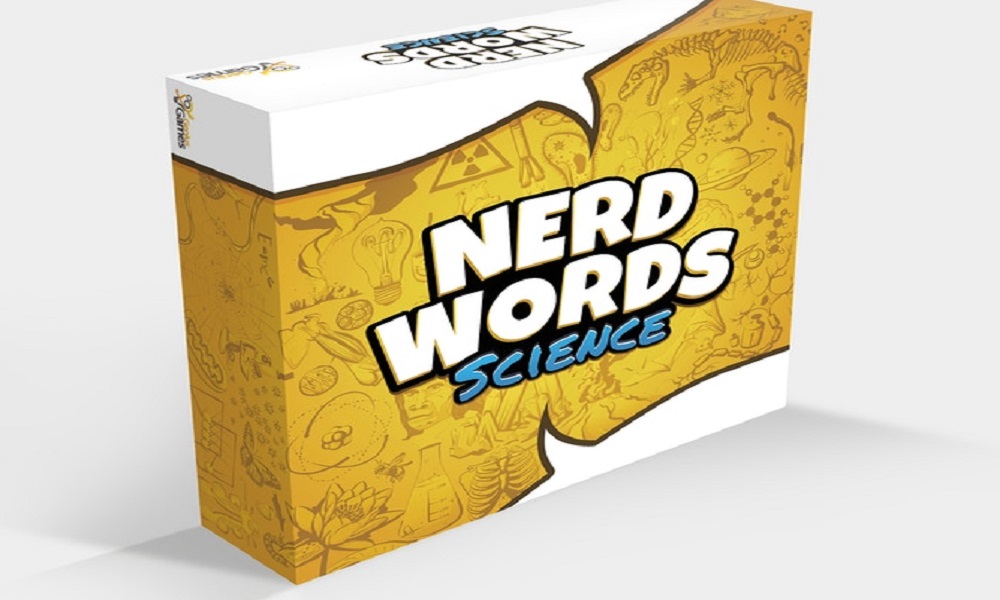 Earlier this week, Genius Games announced a Kickstarter campaign for its upcoming party game Nerd Words: Science which will run until April 11, with an anticipated October release month. The game will allow players to find out secret scientific words based on clues given to them.

Nerd Words: Science! is a word game where teams pit their wits (and some science knowledge) against each other with the goal of figuring out Secret Science Terms based on Clues given to them. In each round the lead scientist chooses a Term from a hidden pool of science words. They then reveal a series of Clues associated with the Science Terms. The first three Clues must begin with a different letter in the Science Term other than the first letter, slowly spelling out the Science Term as well as hinting at the content of the Term. If neither team has figured out the Science Term, the fourth and final Clue will begin with the first letter of the Term as a last ditch effort! After each Clue, both teams have 60 seconds to submit a Guess and place a bet based upon how confident they are in their Guess. Each team to correctly guess the Science Term scores points based on their bet and the team with the most points at the end of the game wins! 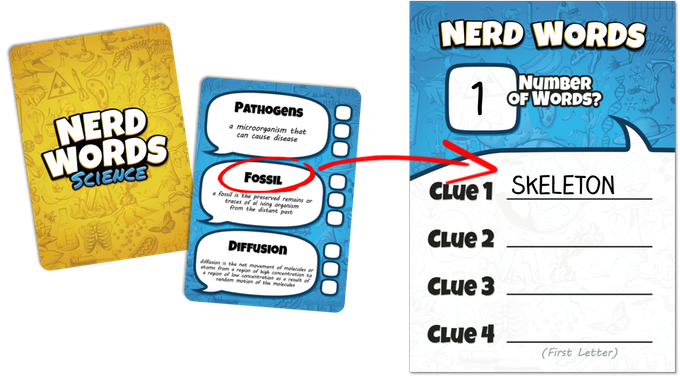 “This is an exciting time for Genius Games as we prepare to release our very first science-based word game, Nerd Words: Science!,” noted John Coveyou, founder and CEO of Genius Games. “There are many party games in the marketplace, but Nerd Words will be the first to blend real science with a fun experience at the gaming table. You can play it with your friends at game night, with your family, or even in the classroom, and everyone will have a blast… and even learn some science terminology along the way.”

“The Nerd Words: Science! crowdfunding campaign will have built-in stretch goals that will add to the complexity and fun of the final game that include component upgrades and special ‘topic’ packs of new Science Terms, including earth science, astronomy, and medicine that players can add into the game,” added Genius Games’ Coveyou.

For those that want to save their money on a copy of the game, the Kickstarter campaign offers a copy of Nerd Words: Science for $19, which is a deal compared to the $29.99 MSRP. Stay tuned for more news here on Gaming Trend.