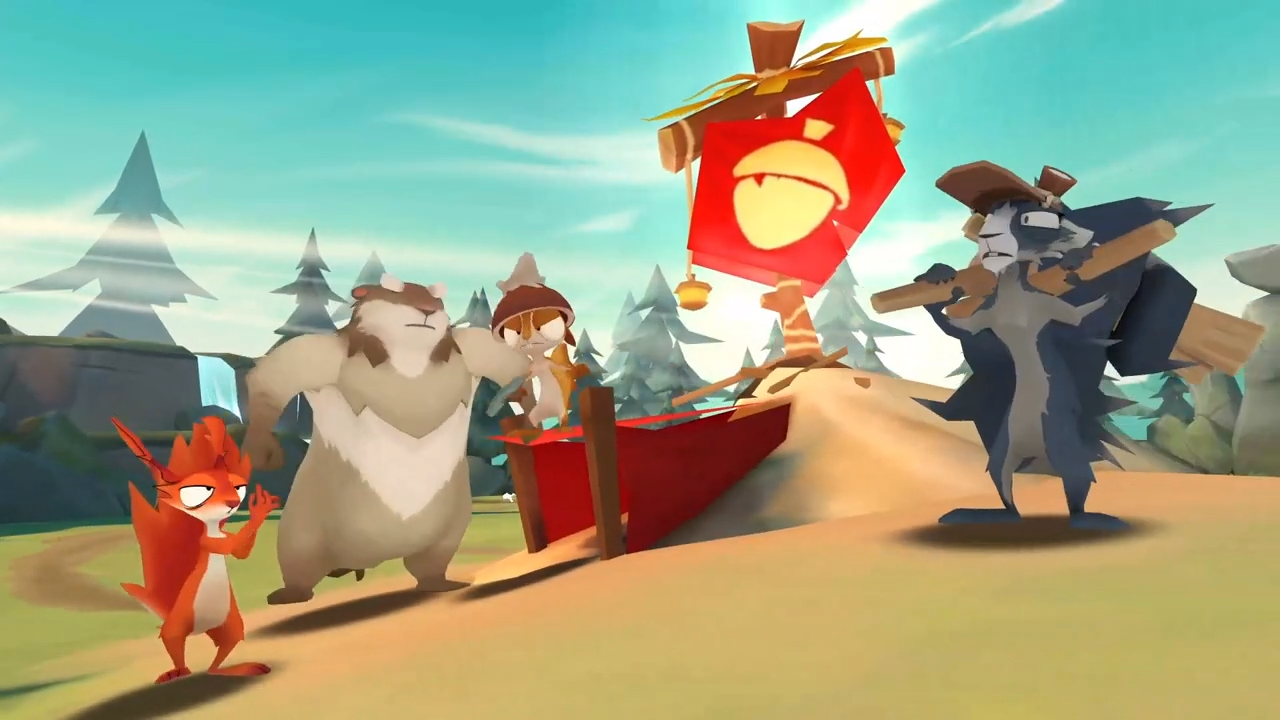 It’s about to get nuts as Resolution Games released more details about its upcoming VR party game Acron: Attack of the Squirrels! The game, which will be released this summer for VR headsets and mobile, will task players with either defending their territory as a tree or raiding the field as squirrels.

The seeds of life are under attack! It’s up to you and your friends to protect them or steal them – depending if you take on the role of an extraordinarily protective tree or as one of several crafty yet thieving squirrels – in the new cross-platform party game from Resolution Games. A game that’s at its best when played as a couch party game together with a group of friends, “Acron: Attack of the Squirrels!” is both competitive and cooperative in nature for players across VR and mobile devices. One player in VR takes on the role of the tree that is the sole protector of the ‘seeds of life’ who must use the hand controllers to grab and hurl wood chunks, boulders and sticky sap to keep the squirrels at bay. Meanwhile, two to seven frenemies are invited to join in the fun on iOS and Android devices to take on one of four identities from a gang of rebellious squirrels that will do anything to steal the Golden Acorns and take them safely back to their home base using their unique abilities.