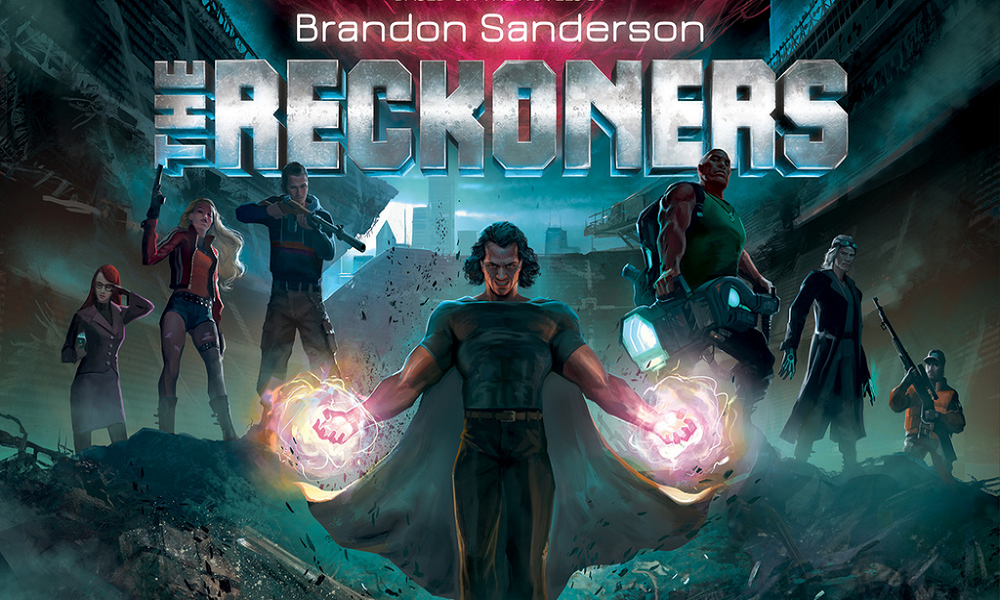 Earlier this week, Nauvoo Games launched its Kickstarter for the upcoming board game based on Brandon Sanderson’s bestselling novel series The Reckoners. While already smashing its $70,000 goal, the project will run until March 15, with stretch goals providing more components as well as Kickstarter-exclusive stories based on the series.

Designed by Seth Van Orden and Brett Sobol, The Reckoners board game allows players to become Reckoners themselves. Just as in the novels, players must join together to defeat Steelheart and other ruthless supervillains known as Epics that each have unique, game-impacting strengths and weaknesses. Players will cooperate to make strategic plans, purchase powerful equipment, research and defeat Epics, and ultimately save the city of Newcago. How, when, and where players act will determine victory or failure.

Featuring heart stopping action, laugh out loud quips, and some of the most unique superpowers, The Reckoners is one of the top action- adventure young adult properties of the last few years. The Reckoners novels have been sold in twenty-five languages, sold almost two million copies, and are being developed into a feature film by Twentieth Century Fox and Shawn Levy’s Fox-based 21 Laps.

While the Kickstarter campaign offers the base board game at the $69 tier, anyone who pledges at the $10 tier or higher will also receive a pdf version of Untold Epics, stories based on The Reckoners, as well as some character artwork. Stay tuned for more news here on Gaming Trend.