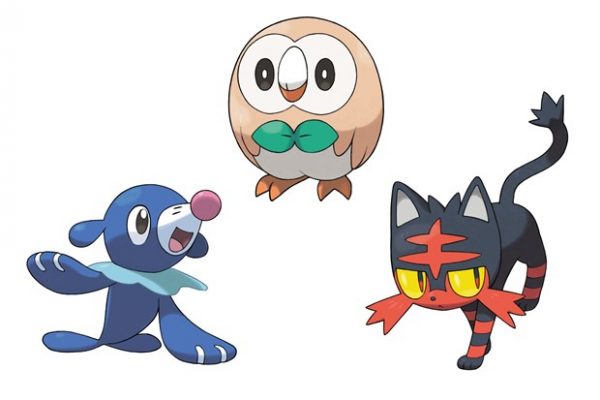 The announcement was made during a video released by The Pokemon Company, which gave us our first look at the Nintendo 3DS games. Alongside the debut of the new tropical region of Alola and a brand new professor named Kukui comes the unveiling of the games’ new starter Pokemon. Trainers will be able to choose between Rowlet, the grass/flying type owl, Litten, a fiery kitten, and Popplio, a water-type seal. Take a look at the trio below.

Which starter Pokemon will you choose? Stay tuned for more details on Pokemon Sun and Moon leading up to its November release.