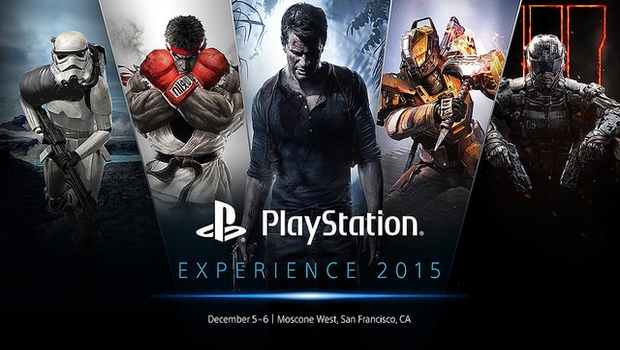 The team is at PlayStation Experience 2015 in San Francisco once again.   Stay tuned to this page as we cover all of the news that’s fit to print!  Before we get to all that, hit our Podcast for predictions, some Dangonronpa dissertation, and a little Pre-PSX madness!

Previews:
Gravity Rush: Remastered doesn’t do much about the original game’s shortcomings
A randomized racer — Smugglecraft preview
A self-aware fusion of narrative and gameplay — Klaus hands-on preview
Rush of Blood is a solid tech demo, but a questionable Until Dawn game
Taking the road less travelled with Stories: Path of Destinies
An action-heavy slash-fest — Severed hands-on preview
Dreams will have to be sold to the public by fans, not Media Molecule
A city of intrigue, art and murder unmasked in Masquerada: Songs and Shadows
Sleuthing around with Jenny LeClue: Detectivú
Guns galore with Enter the Gungeon

Features:
One man’s quest to take a photo with all of PlayStation Experience’s cosplayers