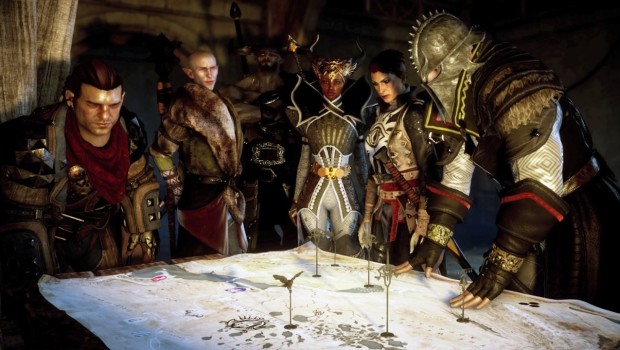 Bioware has gone into detail about how the Dragon Age Keep came to be, and how it will be using it to help you craft your world in Dragon Age: Inquisition and beyond.

In a post on the Origin website, Bioware’s Leah Shinkewski explained that due to difficulties with the complex save import system in Dragon Age II, the studio knew it would have to find another option for carrying over player choices in future games in the series.

“For a franchise like Dragon Age, your impact on the world of Thedas is a core part of the experience – driven by the choices you make. And when Dragon Age II shipped, the complex nature of our plot flag system and the save import really hit home.”

During the development of Dragon Age II, Bioware began working on something called the “World Vault,” which eventually became the Dragon Age Keep that will launch sometime before Dragon Age: Inquisition launches in November.

“After many, many months this eventually became the pillar feature for what we today are calling the Dragon Age Keep. Since then, with the help of the community we’ve worked to ensure that, going forward, the Keep will stand as the record of your impact in the world of Thedas – dutifully preserved and accurately represented in future products, limited only by creative aspiration of the game team.”

The Keep features a huge variety of potential world states. The Origin post claims that “ if you spent one second looking at every world state you’re able to create in the Keep, by the time you finished you would be 16,400 times older than the Universe.”

For more on The Keep, check out Bioware’s demonstration from PAX Prime.

This isn’t the only thing in Dragon Age: Inquisition that will come with a ton of potential options, with Bioware claiming that there are ”trillions” of possibilities in the game’s character customization and crafting.

Dragon Age: Inqusition is coming to PC, PlayStation 4, PlayStation 3, Xbox One and Xbox 360 on November 18th.