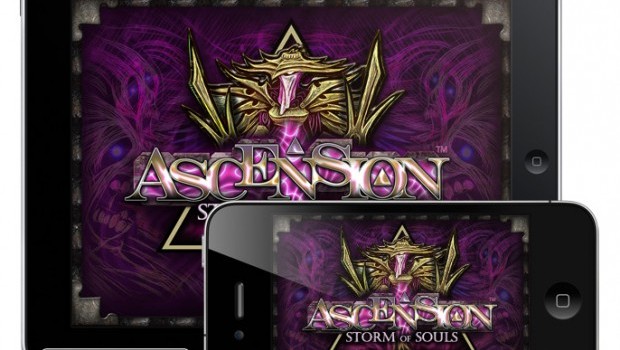 The first Playdek game I played on the iOS was Ascension.  I don’t know how many games I’ve played, but it plays fast and the expansions add even more cards and new rules that enhance the experience.  Now Playdek and Stone Blade have announced that they plan to support Ascension on the iOS for at least the next year.

Playdek will support the iOS community through June 2014, with new content including iOS exclusives, and online gameplay. Although cross-platform play will not be coming to the current Ascension iOS app, Playdek will continue to launch new content for the iOS game, including the Ascension: Immortal Heroes expansion in June of this year.

“Playdek has been a great partner and we look forward to continuing to work with them to support the iOS community and to the many more awesome hobby games they are bringing to mobile,” said Justin Gary, CEO of Stone Blade Entertainment.

When Stone Blade Entertainment launches Ascension Online on iOS (currently scheduled for July of 2014), Playdek’s Ascension iOS app will be removed from the app store, but Playdek will continue to support online play through the remainder of 2014.

Nearly another two years of online play, and the ability to play against the CPU, makes sense, especially since they are coming out with a new Ascension app sometime next year.  If you haven’t played any incarnation of Ascension and are a fan of deck building games, I recommend checking out the iOS version.