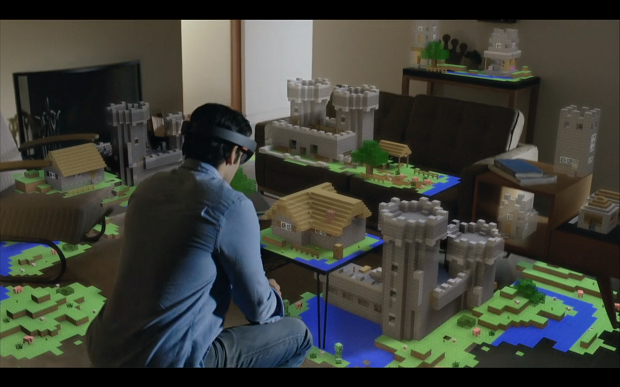 Ex-Fable developer Peter Molyneux has weighed in on Microsoft’s recent reveal of its Hololens device, and has warned against overpromising on its capabilities.

Speaking with GamesIndustry.biz, Molyneux said that while Hololens was “a magical experience” when he saw an early version of the tech while still working for Microsoft, he still fears that Microsoft’s new tech won’t live up to impossible expectations that the company might give the public through improper marketing, even going as far as to compare it to the Kinect, which Microsoft opted to remove from the Xbox One’s box last year.

“You kind of want to scream, ‘Don’t over promise these things’,” Molyneux said. “The thing about the concept videos is they feel so seamless and it just looks like everything’s working and actually, as we found with Kinect, it works all fine if you’ve got the perfect environment and the perfect distance away and you’re the right shape human being. But it’s very challenging if any of those things don’t come together perfectly.”

While still working at Microsoft, Molyneux had the opportunity to try out the Hololens, but noted many problems that he hopes have been fixed since then.

“My hope is it’s been two years since I’ve seen the technology and it was awesome tech 2 years ago so maybe they solved a lot of those problems and that video they showed is going to be a reality and a reality that works seamlessly as opposed to one that works in a predefined environment. It’s almost as if they kind of oversold it to me, you know the motorbike and going around – and the motorbike just looked perfect. It made me feel as a consumer like ‘Oh my God, it’s going to be incredible.’ My fear is that when you actually put the device on you’re not as blown away as you should be.”

After his departure from Lionhead and Microsoft in 2012, Molyneux joined 22Cans.