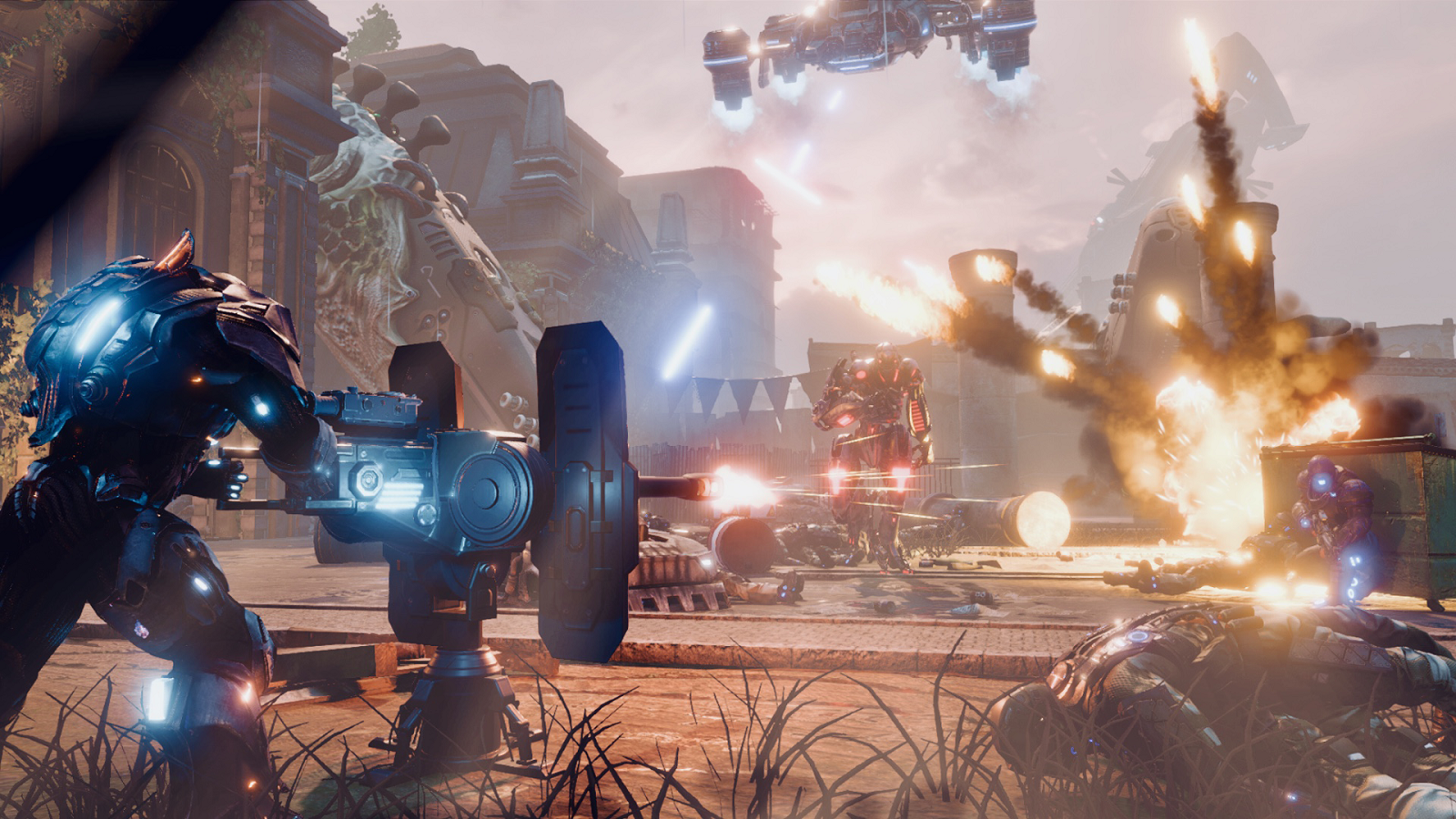 Today, E-Home Entertainment Development announced that its third-person shooter Gene Rain will be released on July 24. Previously released on PlayStation 4, the game will put players in control of a squad that must stop gene-altering rain from continuing its endless waves of killing humans for years.

At a time of incredible technological advancements, the majority of human population has failed to adapt to the new rules of the world. In the hope of aiding humanity, the veteran of science and technology, Dr. Bill Feynman, created a genetic spraying agent to change the genetic structure of human beings, to make everyone’s IQ equal. Spread throughout the world by wind towers, the Gene Rain proved fatal to many and kicked off the fight between those in support of the Gene Rain and those rebelling against it and the new order.

Gene Rain puts players in charge of the Death Squad, who were formed to put a stop to the Gene Rain era. Controlling four characters LiYing (human), Salman (robot) and Alex (half human half robot) – players aim to close the wind towers over four main game scenes – the ruined city, the quiet town, the deep canyon, and the dark city. Utilising nine different guns, three of which can be upgraded, players fight different types of enemies driven by an intricate AI tree that allows for unique behavioral patterns. Players find themselves amidst intense bullet storms and explosions wreaking havoc on their surroundings, making Gene Rain a truly intense TPS experience.