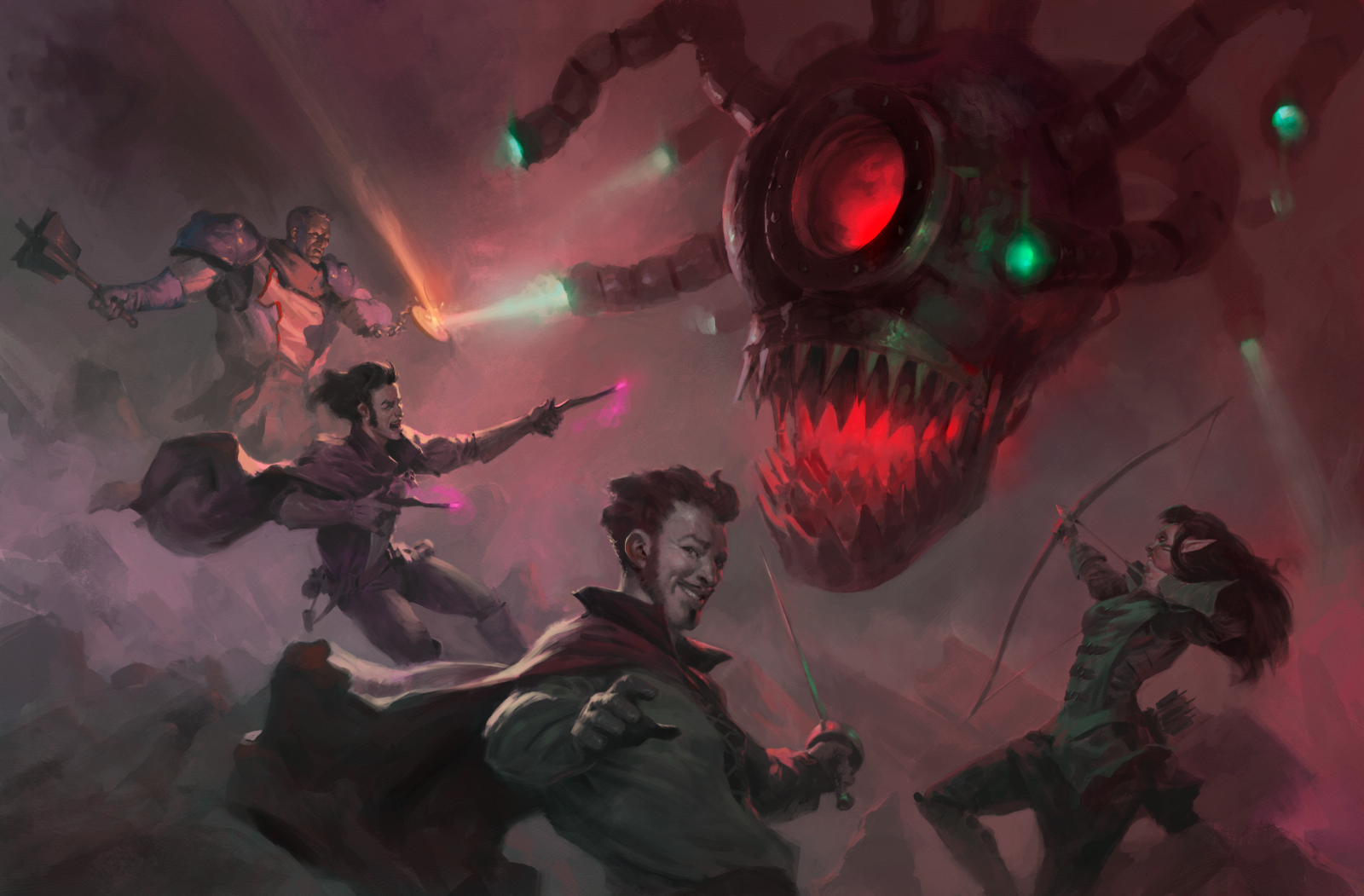 Today, Penny Arcade announced the release date for their upcoming D&D sourcebook based on Acquisitions Incorporated. This sourcebook is a hilarious mix of elements from the D&D party that grew from podcast format to live shows, comics, and more.

For the past decade, the renowned retrieval company known as Acquisitions Incorporated has shared their (mis)adventures with hundreds of thousands of attendees at PAX and viewers on Twitch. Dungeon Master Jeremy Crawford (Lead Rules Designer of Dungeons & Dragons) does his best to shepherd the mischief of Penny Arcade and PAX co-founders Jerry Holkins (Omin Dran, Cleric) and Mike Krahulik (Jim Darkmagic, Wizard) as well as a rotating cast of celebrity guests including author Patrick Rothfuss (Viari, Rogue) and gaming icon Morgan Webb (Môrgæn, Ranger).

Now, with the 224-page sourcebook, Dungeon Masters and players alike can experience the uproarious exploits of Acquisitions Incorporated in their own game. New spells, a new race, and introducing character positions mean it’s easier than ever to join the company and take part of this universe. Want to jump in headfirst? The book also includes an adventure module so players can get started right away.