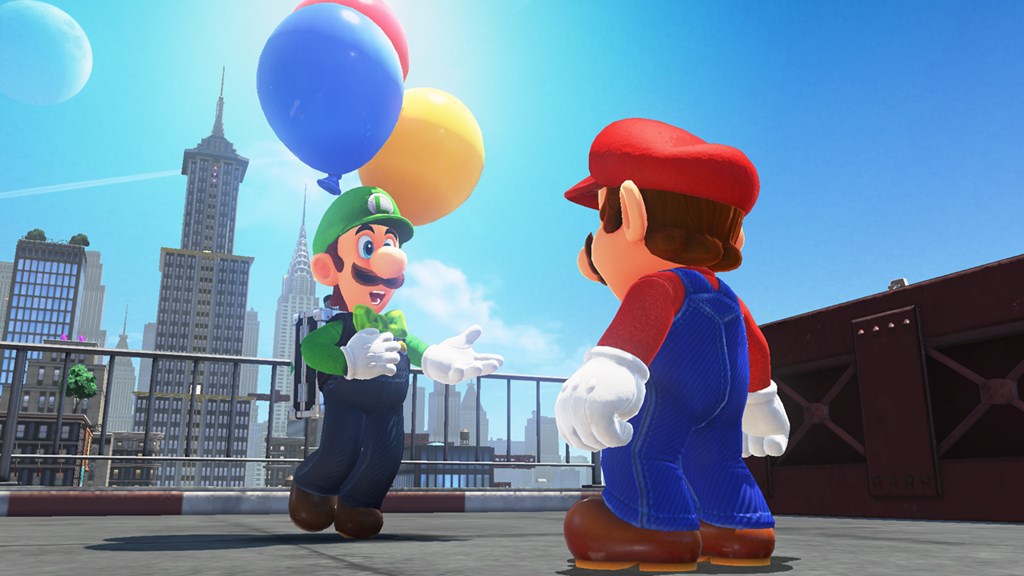 Today’s torrent of Nintendo announcements has boded well for the Switch, but it seems 2017 isn’t done yet! Nintendo also has revealed some new DLC for last year’s highly acclaimed titles Super Mario Odyssey, Mario + Rabbids Kingdom Battle, and Pokkén Tournament DX which will be released by this spring. So dust off those cartridges and let’s-a go!

Super Mario Odyssey gets a new balloon mode as free DLC this February, as well as an appearance form a well-known little brother, and more snapshot filters so you can grab the perfect in-game selfie:

A new mini-game called Balloon World is coming to one of the highest-rated games of all time. Once players download the free update and complete the main story, Balloon World will become available. In “Hide It” mode, players have a certain amount of time to hide a balloon. In “Find It” mode, players have the same amount of time to locate balloons hidden by other players from around the world. Players can move up the rankings by finding hidden balloons and becoming expert hiders. The free update will be released in February with new Snapshot Mode filters and new outfits.

A new hero swings into action! Donkey Kong is headed to the game as a playable character, complete with an exclusive new storyline and world to explore. The DLC pack will release in spring and will be available for purchase individually, or as part of the Season Pass or Gold Edition of the game.

The Battle Pack is now available for purchase in Nintendo eShop on Nintendo Switch and includes two Waves of Battle Pokémon and Avatar items. Wave 1 of the Battle Pack contains Battle Pokémon Aegislash and a new Support Pokémon Set featuring Mega Rayquaza and Mimikyu. Aegislash can change between two formes, and players can wield them both. Wave 2 includes the new Battle Pokémon Blastoise and a new Support Pokémon Set featuring Mew and Celebi. Wave 1 will be available Jan. 31, and Wave 2 is scheduled for Mar. 23.

Both Pokkén Tournament DX and Mario + Rabbids Kingdom Battle scored 90s in our reviews, with Super Mario Odyssey getting the prestigious 100. Stay tuned for more news here on Gaming Trend.