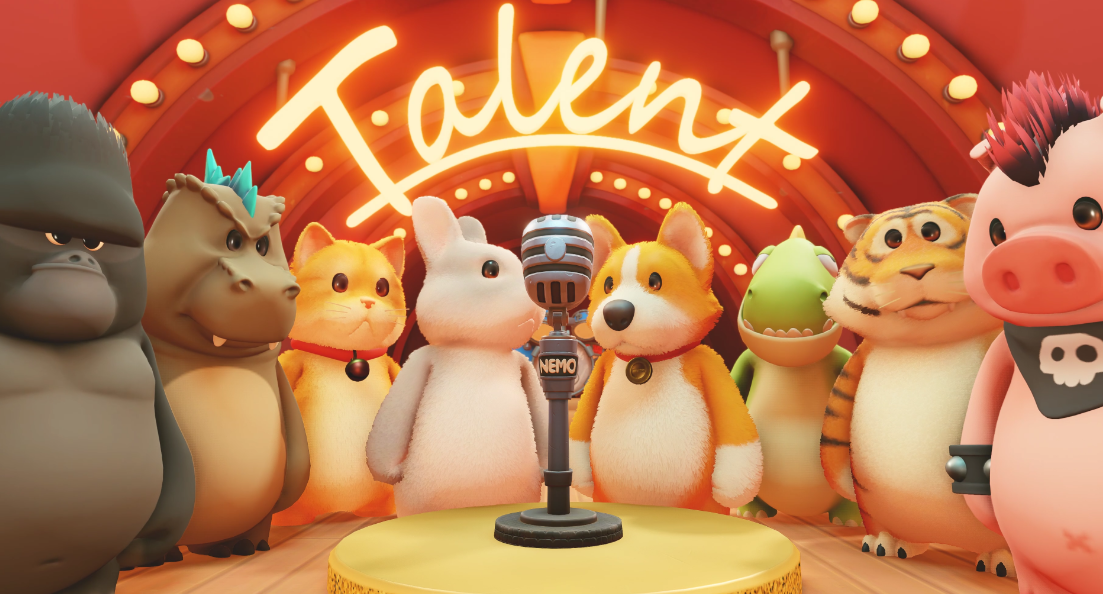 Players choose their animal and compete in multiple game modes to be the last one standing. In the developer, Recreate Games’ own words:

Party Animals is a physics-based multiplayer game where you’ll face off against your friends as one of several fuzzy fighters as you brawl across multiple modes and maps using a variety of hilarious, over the top weapons. Grab a plunger or a lollipop and get ready to party like an animal!

Our team was inspired to create Party Animals because we couldn’t find a game we could easily jump into and play with our extended family of mostly inexperienced gamers. Adorable animals, easy to pick up mechanics, and colorful graphics helped make the game more appealing and accessible. At the same time, we want to ensure the game is challenging for more experienced players, with competitive elements and modes that require skilled teamwork to master.

You’ll meet several characters in the game, including a corgi, Nemo, who is based on my dog in real life. Nemo joins a lineup of animals that includes a cat, unicorn, gorilla, and many, many more. We look forward to introducing you to the entire crew in the coming months.

The game will be available on Xbox Series X|S and Xbox One and on day one through Xbox Game Pass.