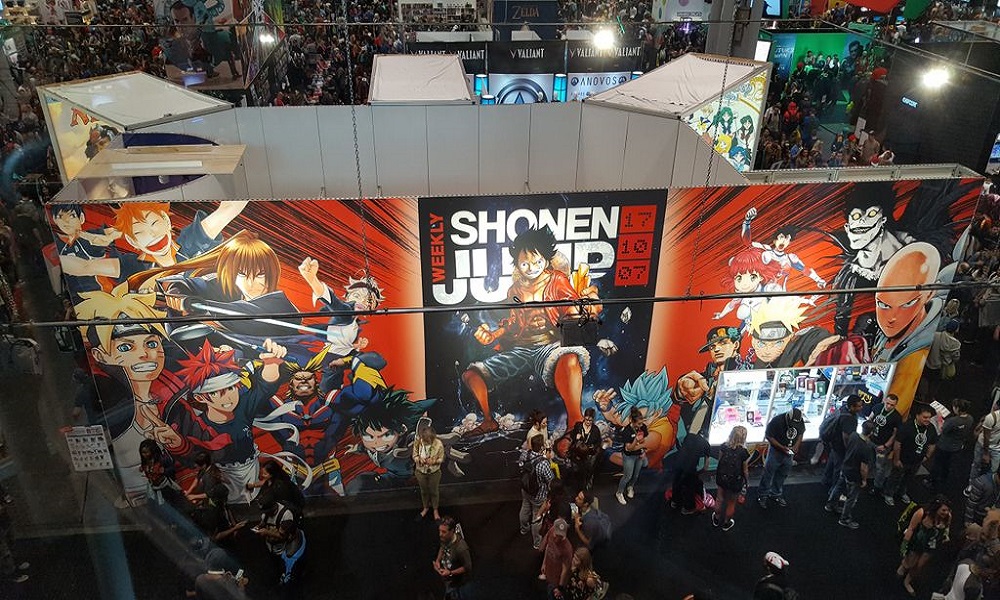 Last weekend at New York Comic Con, Viz Media released details regarding its new acquisitions to release a variety of books stateside next year. From new One Piece art books to a re-release of 20th Century Boys and its sequel, the new books are sure to please manga fans of all ages.

SLEEPY PRINCESS IN THE DEMON CASTLE, Vol. 1
Rated ‘T’ for Teens · Debuts Summer 2018
Sshhh! Princess Syalis is trying to get a good night’s sleep. Some shut-eye. Forty winks. Catch some Z’s. Long ago in olden times when people and demons lived together in—well, disharmony, really – a demon king kidnaps a human princess and imprisons her in his castle. Bereft, the princess’s subjects beat their chests in anguish…until a hero arises to spearhead Project Rescue Our Princess! While waiting for her knight in shining armor, what’s an imprisoned princess to do …? Teddy-bear guards with bat wings are all very well, but her dungeon cell is bo-o-o-ring! So, she decides to wile away the long hours by sleeping. Now if only she could get comfortable…and didn’t suffer from insomnia…

20TH CENTURY BOYS: THE PERFECT EDITION
Rated ‘T+’ for Older Teens · Debuts Fall 2018
The PERFECT EDITION presents a 2-in-1 bind-up of Naoki Urasawa’s two-time Eisner award winning manga series.
Humanity, having faced extinction at the end of the 20th century, would not have entered the new millennium if it weren’t for them. In 1969, during their youth, they created a symbol. In 1997, as the coming disaster slowly starts to unfold, that symbol returns. This is the story of a group of boys who try to save the world.

21ST CENTURY BOYS: THE PERFECT EDITION
Rated ‘T+’ for Older Teens
War is over. The Friend is dead. Mankind no longer faces the threat of extinction. Peace has finally come to Tokyo… Or has it? The mystery still remains. Nobody knows who the Friend was and where he came from. The only clue is hidden deep within the memories – the memories of the hero Kenji. It is time to open Pandora’s Box to discover what is left at the bottom.

ONE PIECE COLOR WALK: EAST BLUE TO SKYPIEA
Debuts Summer 2018
Color images and special illustrations from the world’s most popular manga, ONE PIECE! This compendium of the first three Color Walk art books features 300+ pages of beautiful color art and conversations between creator Eiichiro Oda and other famous manga artists.

AMIGURUMI: SAN-X CROCHET PATTERNS
Debuts Summer 2018
Featuring Rilakkuma, Sentimental Circus and more!
Amigurumi are cute crocheted stuffed animals from Japan. Combine amigurumi with San-X and you get the most adorable crocheted characters! This book of patterns with full-color photographs will show you how to make characters like Rilakkuma and friends, Tarepanda, Sumikko Gurashi and more, plus their accessories.

More details, including North American covers, will be released in the coming months For more Viz goodness on Gaming Trend, check out Elisha’s review of Assassination Classroom volume 18, and stay tuned for more news.