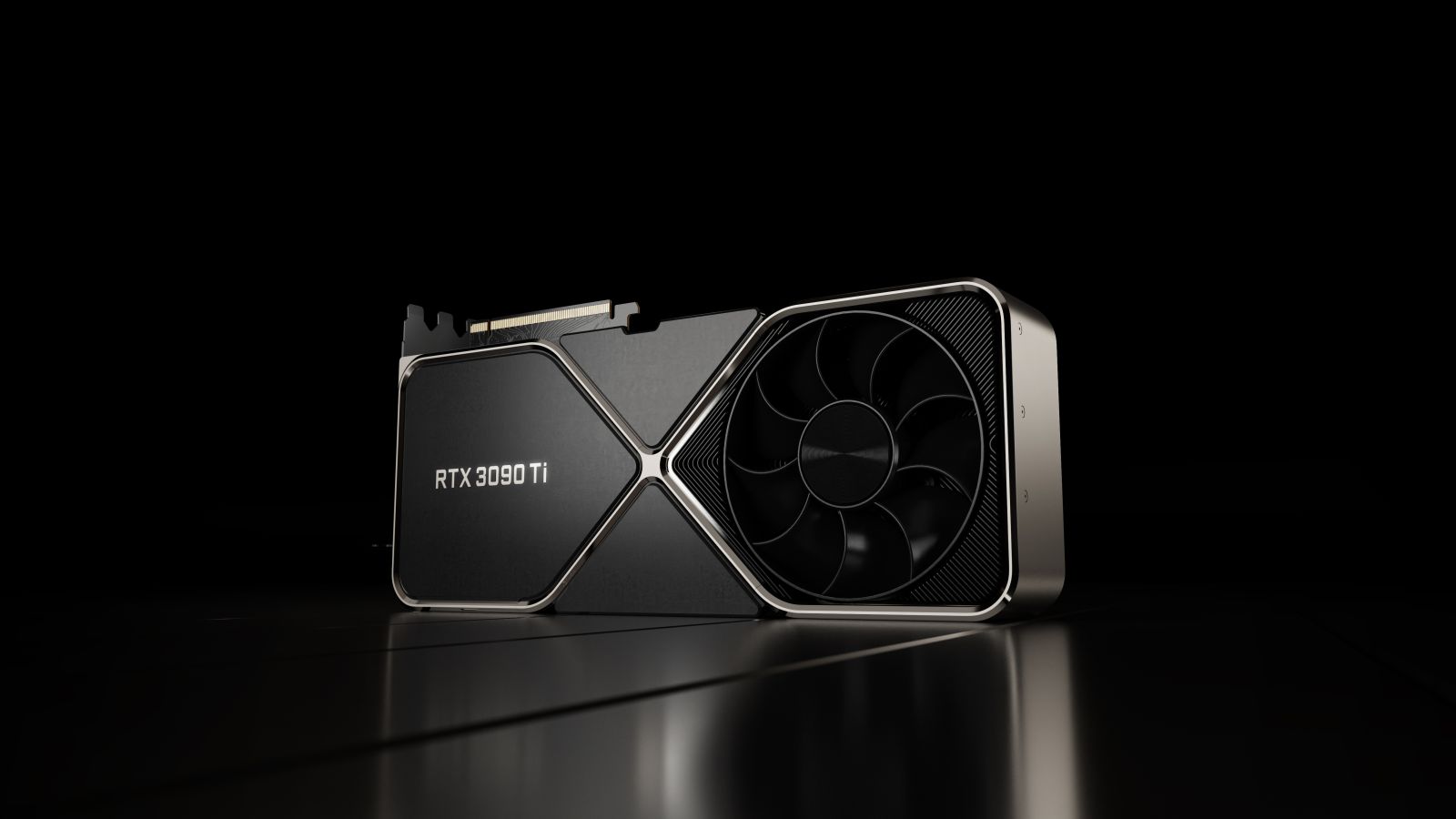 There’s power, and then there’s power.  The GeForce RTX 3090 was already insanely powerful, but progress doesn’t stand still.  Pushing the envelope even harder, NVIDIA sets their horizon well beyond where we stand today, with enough power to handle not only 4K gaming, but 8K and massive workloads as well.  Let’s dig into the specifics on the GeForce RTX 3090 Ti — their brand new card, available immediately.

First and foremost, the numbers on the RTX 3090 Ti are absolutely staggering.  Full to bursting, this card ships with a record-breaking 10,752 CUDA  cores, up from 10496 on the 3090, and 10,240 on the 3080 Ti.  Similarly, it has 78 RT cores, and 320 Tensor cores, pushing 40 TFLOPs of floating point shading power. What’s interesting here is that the 3090 had 82 RT cores, but only managed just over 35 TFLOPs with it — clearly NVIDIA is squeezing the hardware for every ounce of power.    Like its predecessor, it also has 24GB of GDDR6X — the fastest memory anywhere, and by a very wide margin.  What can you do with all this power?  Well, quite a bit, really — especially if you are an AI engineer, developer, videographer, or content creator.

Last year we saw NVIDIA debut DOOM running at 8K resolution, with the help of DLSS.  Clearly they have this target in mind as they’ve teamed up with companies like Black Magic to optimize programs like DaVinci Resolve to integrate REDCODE Raw, allowing the processing of 8K RAW photography and videography.  Given that Black Magic’s own 6K and 8K cameras are getting dangerously close to affordable for the average content creator, this card will be a must-have to process that massive a file.  Similarly, Blender, Maya, Cinama4D, and other programs have received similar updates to take full advantage.  As we see the rise of Unreal Engine 5, and it’s ability to deliver incredibly detailed scenes complete with real-time lighting at 4K and high framerate, this card is a developer’s dream.

Let’s be honest here — just like the RTX 3090 before it, it’s unlikely you’ll hit the limits of this card anytime soon.  You’ll also need complimentary hardware to truly take advantage of what it has to offer.  That said, the card will support single-cable 8K connectivity to your TV or monitor, supports 8K capture with HDR, and AV1 decoding all in hardware right out of the box.  NVIDIA is claiming this newest card will be 64% faster than the RTX 2080 Ti, 52% faster than the TITAN RTX and 9% faster than the previous RTX 3090, respectively for gaming.  If we can get our hands on one, we’ll check those numbers.

The GeForce RTX 3090 Ti will debut at $1999 USD and will be available by the time you read this, with the Founder’s Edition being exclusive to Best Buy Online.  Similar cards like the PNY card mentioned elsewhere in our news will also be available immediately.