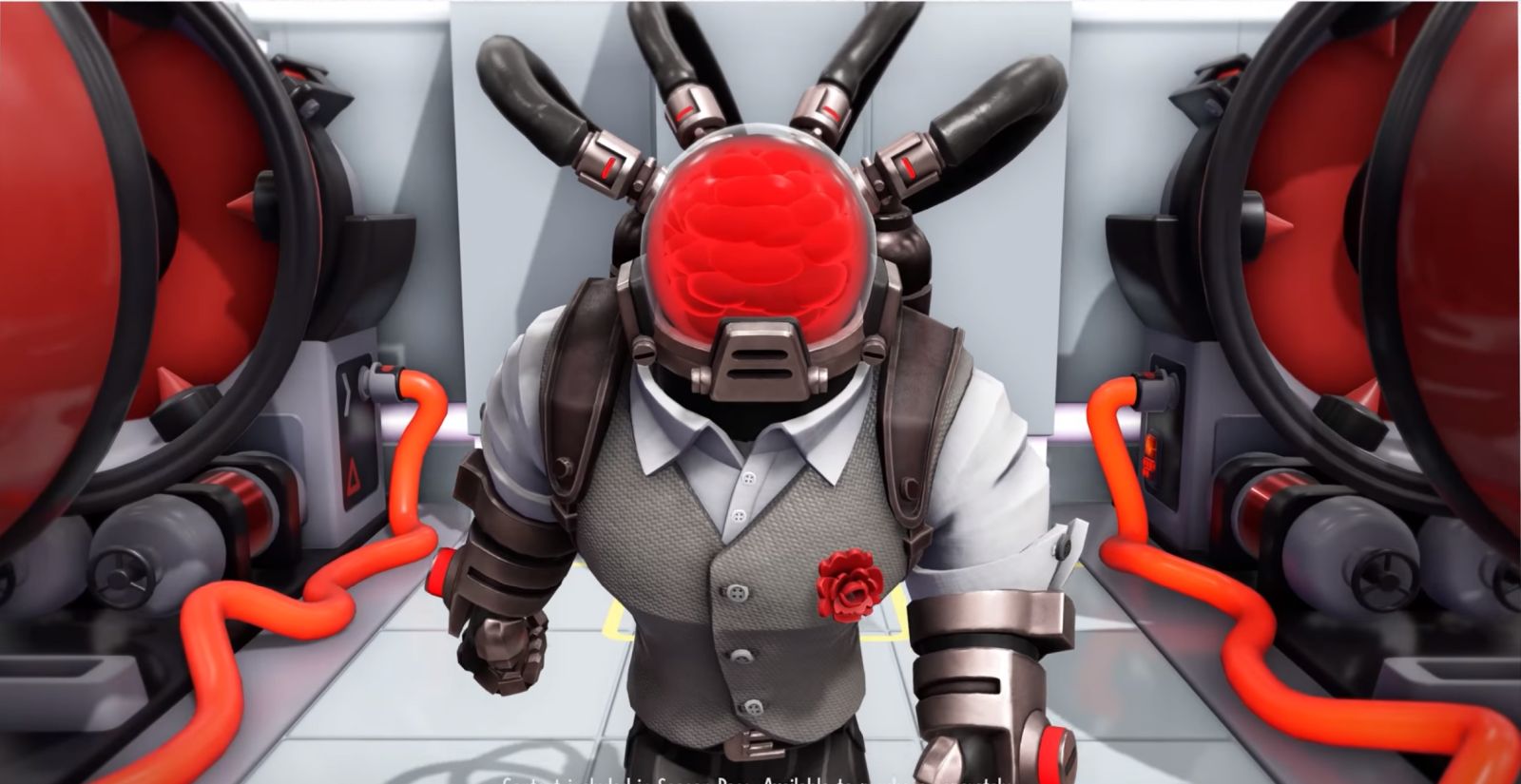 How’s your evil lair coming?  Having trouble with pesky do-gooders bothering your well-planned super base?  Pit of sharks not slowing them down?  How about a fresh new henchman and some goodies to keep those pesky good guys at bay.   Introducing….ESPECTRO!

Behind the red mist of his headgear lies a twisted mind fixed on power, all with the singular aim of your annihilation. Not only can he charge up devastating attacks, Espectro can also use forbidden technology to create clones of himself. He must be stopped, but more than that, his incredible abilities must be harnessed for your own…

Out today, The Cabal Pack introduces Espectro as a brand new acquirable henchman, along with accompanying Side Story objectives and plenty more: In full, the pack includes:

If you picked up the Season Pass, you’ve already got Espectro headed your way, but if not you can nab this super spy for $4.99.  The Cabal Pack will be followed by a lair items pack, another henchman, two minions, and even a new campaign pack.  It’s not the only thing the team is working on, though — they’ve heard our feedback and are working hard on balancing, bugs, and new bits and bobs.

Patch V.1.3.0 has also been made available for Evil Genius 2 this week. It addresses core areas of feedback from the Evil Genius 2 community, ranging from progression issues to game pace, and as a result the length of the campaign can be significantly shorter for those geniuses who want to play more aggressively.

The update covers a wide range of balancing adjustments and features bug fixes too. You can find the full patch notes here.

You can read our review of Evil Genius 2 here.  TLDR?  It’s awesome.