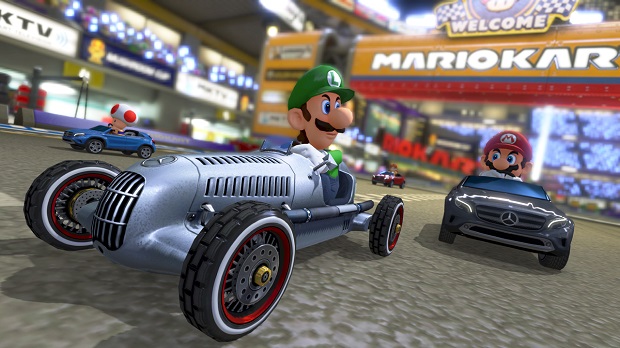 Nintendo announced multiple new pieces of content that will be coming to Mario Kart 8 during its Nintendo Direct earlier today.

Second, as previously rumored, new costumes are coming to Mii characters in Mario Kart 8 by way of updated Amiibo support. Nine Amiibo figures will now be compatible with the kart racer, including the following: Mega Man, Pac-Man, Sonic, Toad, Wario, Villager, Rosalina, Olimar, and Bowser. Using any of these figures will unlock costumes for Mii characters based on the figure you use.

Lastly, Mario Kart 8 will be getting a new 200cc class on the same day as the Animal Crossing DLC. This mode will be the fastest available to choose from, and will be supported on all courses the game has to offer.

For more on Mario Kart 8, check out Gaming Trend’s review.