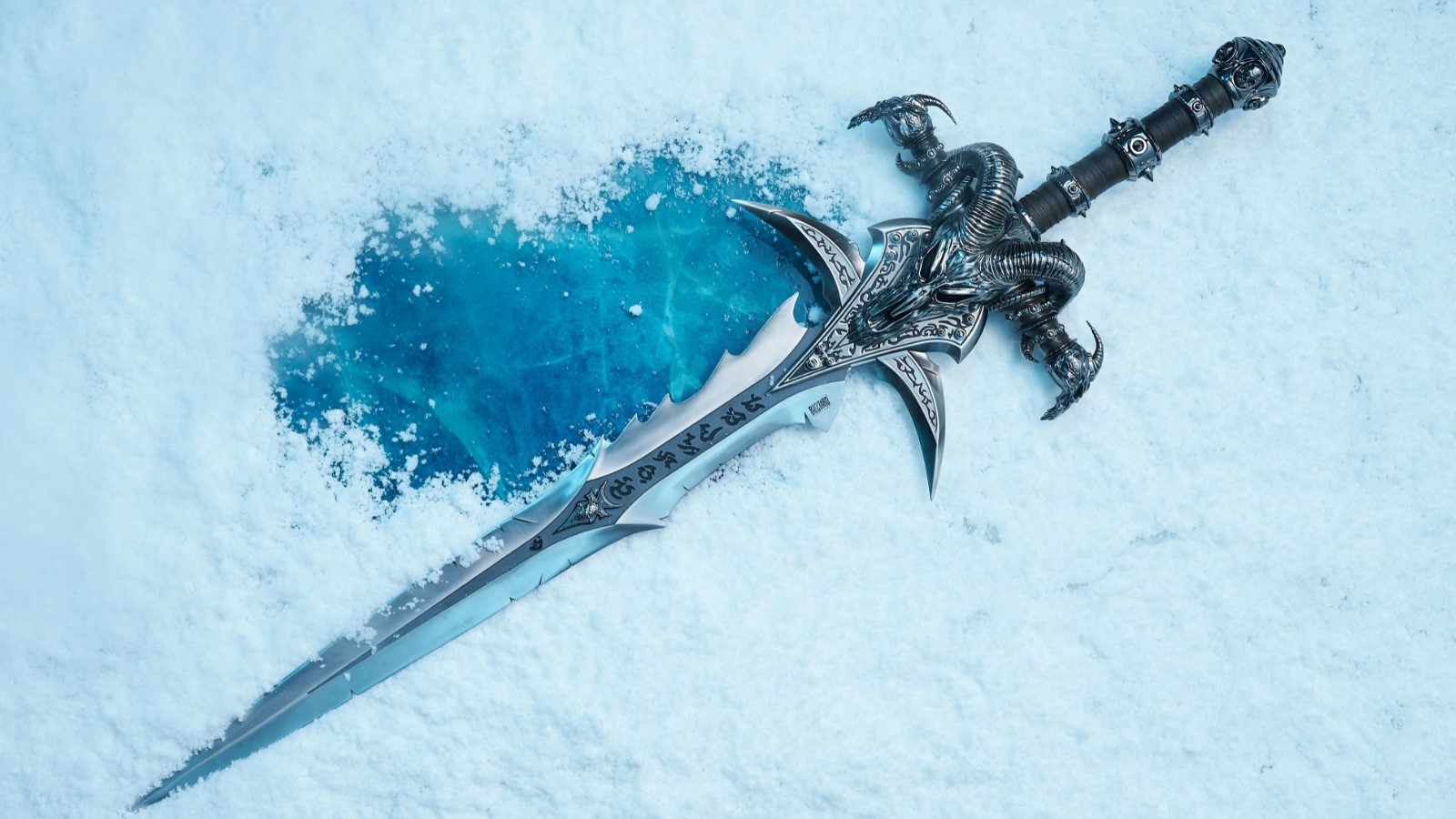 New World of Warcraft Wrath of the Lich King products have been announced, including a replica of the Lich King’s cursed runeblade, the Frostmourne, along with a 2xLP vinyl set, clothing items, a premium statue, and more. You can learn more about the new products and where to purchase each below:

Avid World of Warcraft® players are familiar with the Lich King’s mighty sword, which will cross over into our world soon!

Coming on the heels of the newly released World of Warcraft®: Wrath of the Lich King Classic™, Blizzard® Entertainment has announced that a brand-new, 1:1 scale replica of the Lich King’s cursed runeblade, Frostmourne, is now available for pre-order on the Blizzard Gear Store for US $1,500.

This premium, one-of-a-kind sword replica is fashioned with a lost wax casting with engraving, milling finishing, and manual polishing. Additionally, fans can pre-order a separate wall mount (US $200) for displaying the famed sword. Please see below for a full product description and images of the Frostmourne replica. 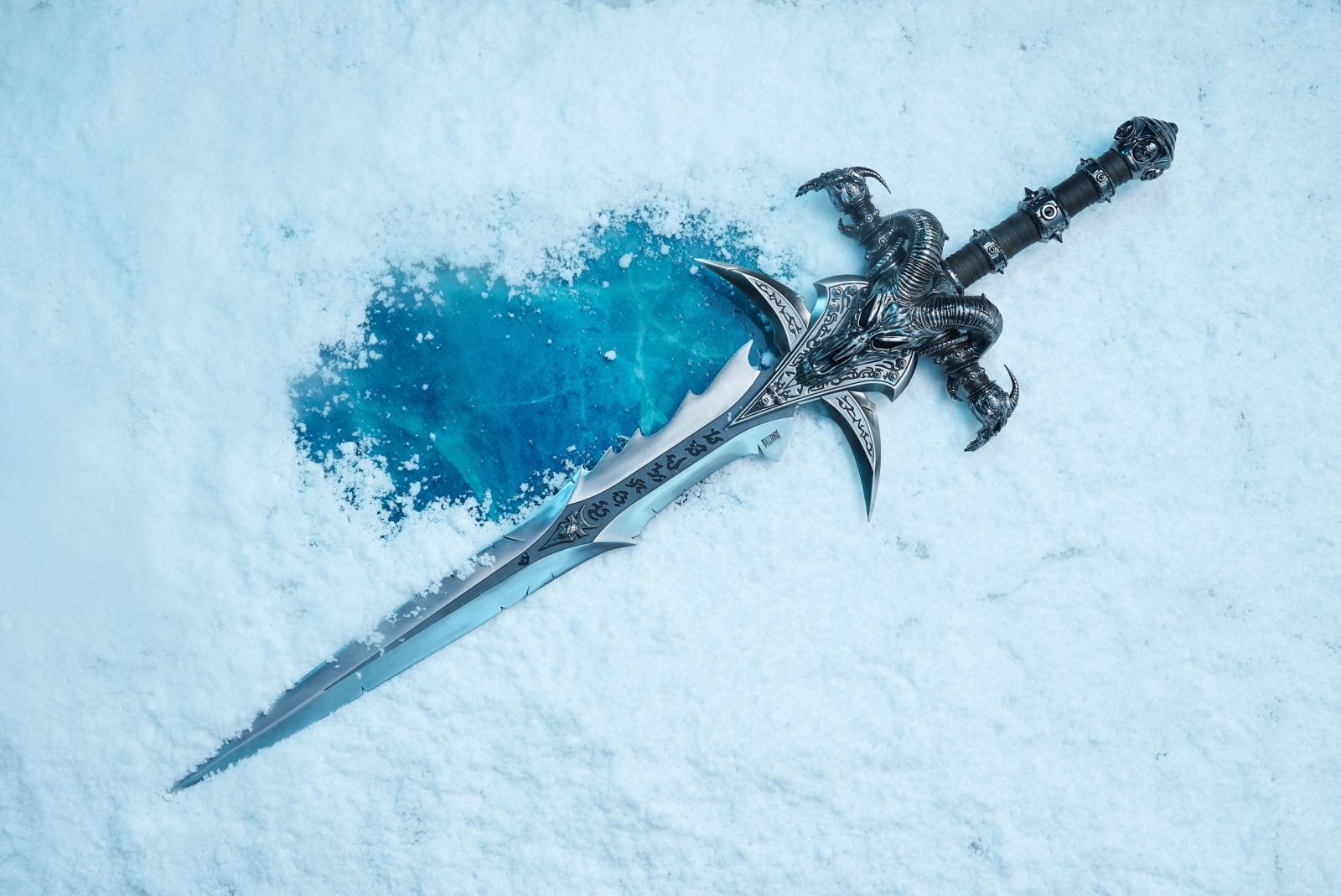 Fans are also encouraged to check out a range of other new and popular products celebrating World of Warcraft: Wrath of the Lich King Classic, including:

World of Warcraft: Wrath of the Lich King 2xLP Vinyl Set (by iam8bit – available for pre-order) 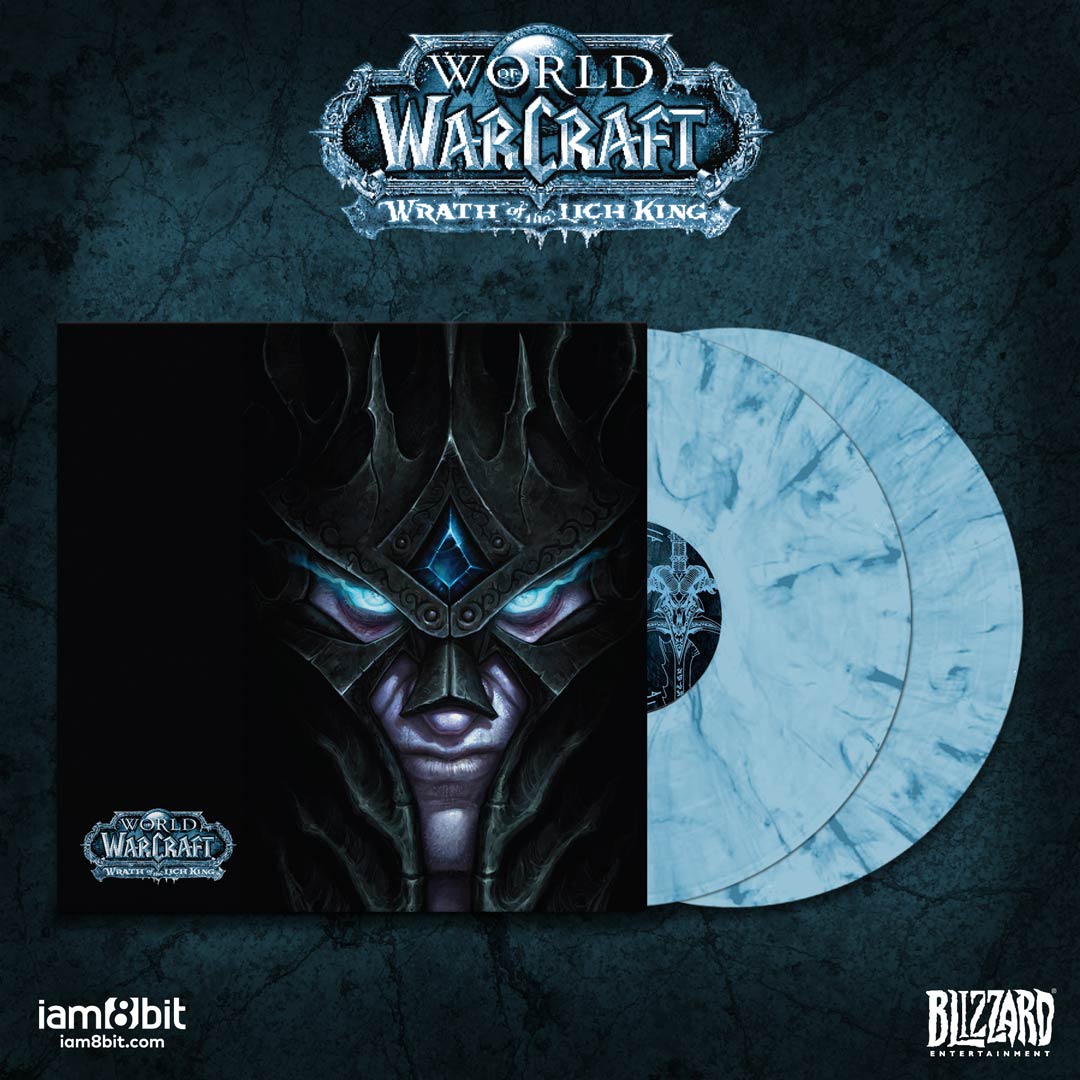 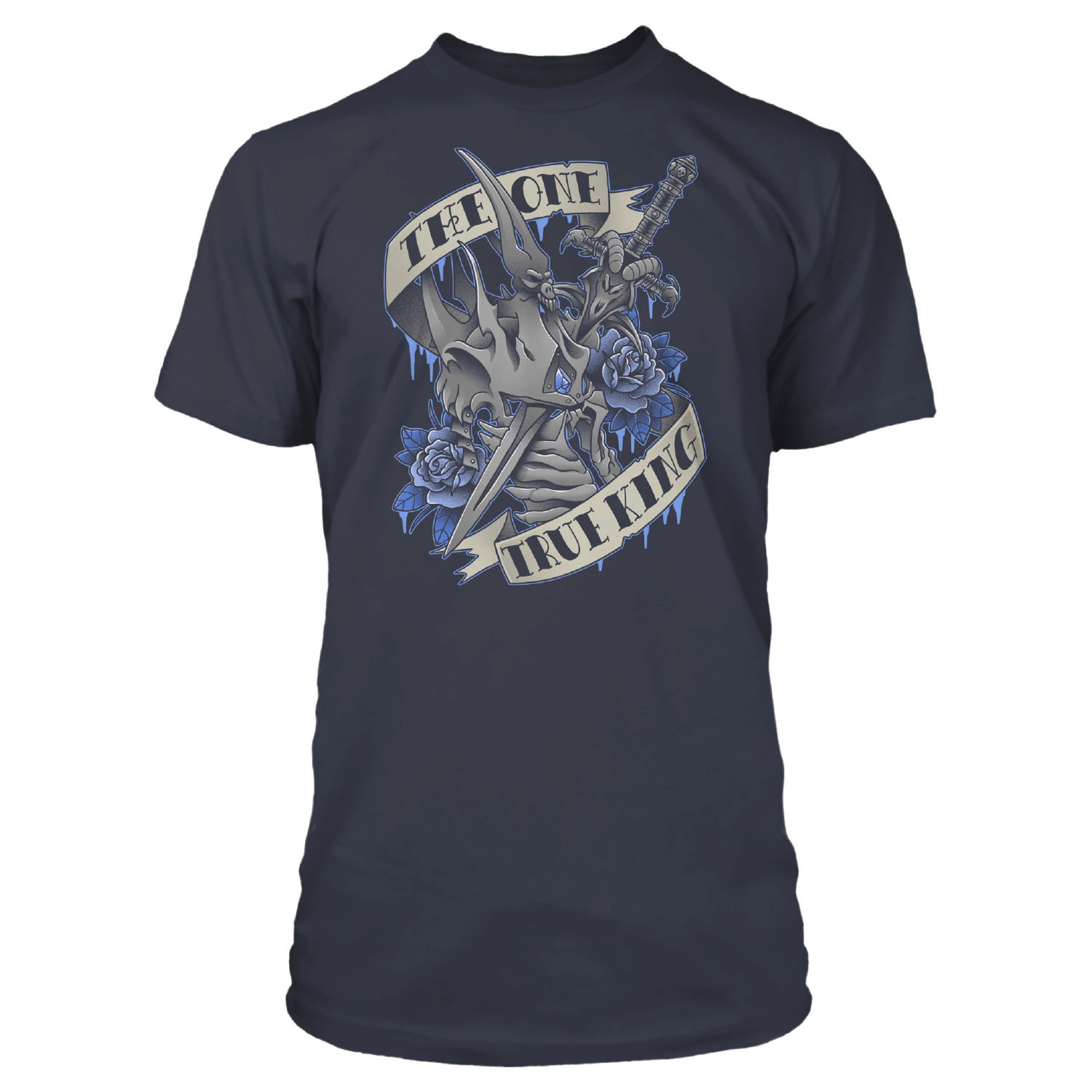 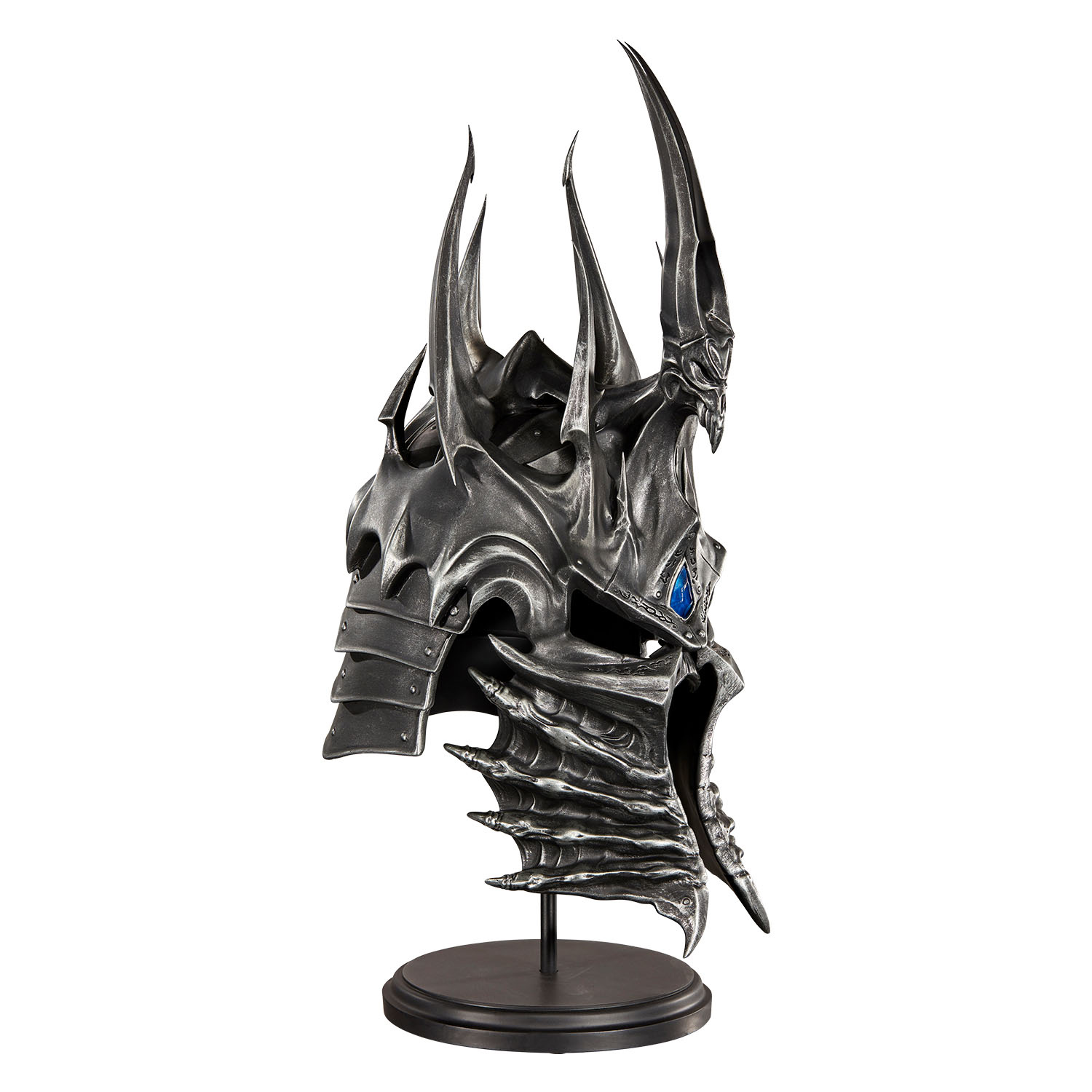 Plus, other popular recent releases and pre-orders, such as the Lich King Arthas Menethil 26” Premium Statue, Arthas 19” Replica Helm, Lich King “The One True King” Navy T-Shirt (by J!NX), and more on the Blizzard Gear Store!