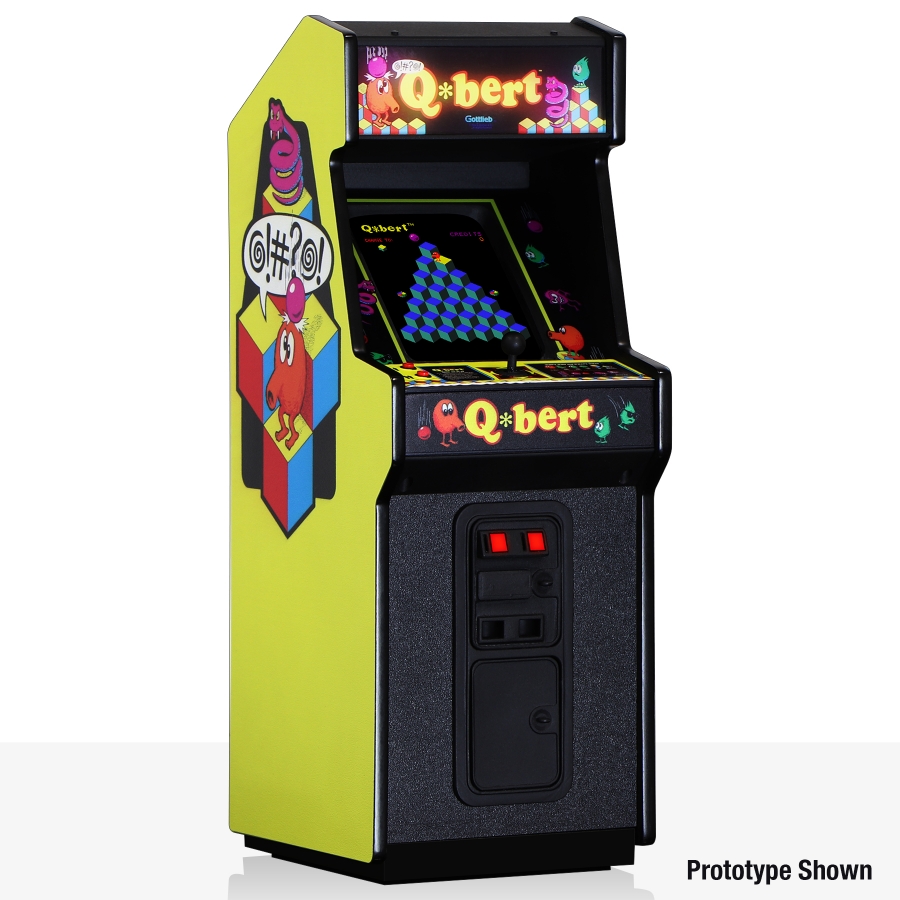 New Wave Toys recently announced the latest addition to their amazingly detailed small-scale playable arcade RepliCades, the iconic Q*Bert! Set for release during Q4 of 2021, you can pre-order now for $129.99!

For those unaware, New Wave Toys has gained a sizeable reputation in the arcade collectibles field for their stunningly accurate 1/6th scale arcades, which tend to sell out quickly. I own their recent Dragon’s Lair replica and it is an impeccable recreation of the original machine, fully playable, and the center piece of my game room. I can’t wait to add this latest release to my collection!

Today, New Wave has revealed that the next classic game in its line of premium miniature arcade cabinets is none other than Q*bert. Q*bert X RepliCade is a faithful 1/6-scale arcade cabinet recreation capturing the essence of the Gottleib’s 1982 sensation, from its diagonally mounted four-way joystick to a fully-functional mini knocker coil that thumps when Q*bert falls off the pyramid. The fully-playable collectible is now available on NewWaveToys.com for the limited-time pre-order price of $129.99. Collectors can also pre-order a special Q*bert X RepliCade: Warren Davis Edition for $149.99, a limited-edition premium version that recreates the game designer’s personal prototype cabinet.

Both versions of the mini reproduction have been crafted with the meticulous attention to detail that New Wave consistently delivers. Players can experience the challenge of Warren Davis’ default gameplay settings or dive into the DIP switches and adjust the game to their liking. For those who are looking for an even tougher Q*bert experience, the mini cabinet also plays the previously unreleased sequel, Faster Harder More Challenging Q*bert.

Arcade lovers can enjoy the game on the RepliCade’s vertically-oriented 4:3 aspect ratio LCD or connect the cabinet to an HD television for big-screen, plug-and-play thrills. Either way, it’s the same Q*bert action that helped make the character an ’80s arcade legend.

Pre-orders for both editions are now live at NewWaveToys.com and estimated to ship in Q4 2021.

Warren Davis Edition — includes everything mentioned above in addition to: 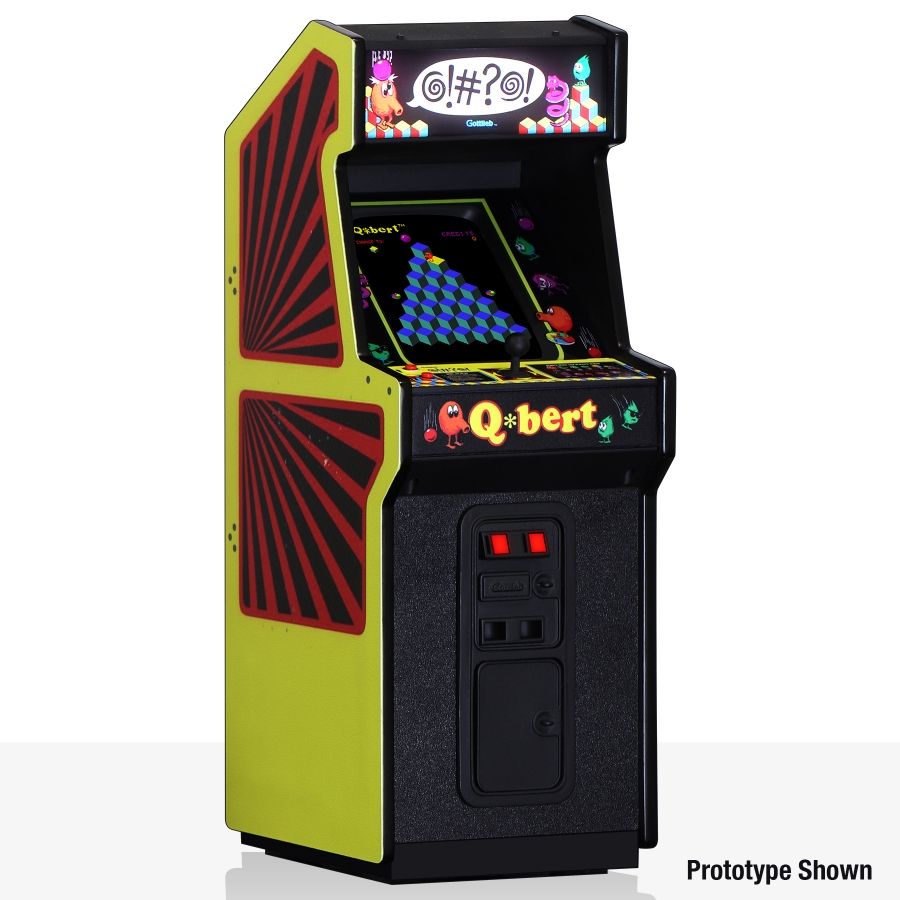 Released in 1982 by Gottleib, Q*bert quickly became an arcade sensation. Players were drawn to the titular character and its unusual gameplay, which had players bounding around a pyramid of cubes to change each block’s color. All the while, Q*bert was chased by enemies including Coily the snake. The character’s oddball personality — supplemented by nonsensical synthesized audio “swearing” — made him a natural fit for lunchboxes, clothing, and even a starring role on CBS’  Saturday Supercade animated series. Decades later, he appeared in cameos in films including Pixels and Wreck-It Ralph.