A new career for Warhammer: Vermintide 2 just released and players can now take the reins of a Warrior Priest. You can check out the announcement trailer above and below you can read an interview with Mårten Stormdal and Markus Olsén about the new class:

The Warrior Priest is a new career for Victor Saltzpyre and is the fourth career released to Vermintide 2. Saltzpyre will get up close and personal with enemies when he takes on the role of a Warrior Priest of Sigmar. Powered by his normal fearless and sassy behavior, Saltzpyre shines extra bright when throwing around a mighty hammer infused with Sigmar’s powers.

“We are happy to launch the fourth new career to Warhammer: Vermintide 2, and this time it’s Victor Saltzpyre that gets the spotlight with the Warrior Priest of Sigmar.” says Martin Wahlund, CEO Fatshark.

The Warrior Priest of Sigmar includes a new talent tree, new weapon types, new abilities, and a new Warrior Priest skin amongst other things. The DLC hits Steam and Xbox today and will be available for Playstation in January 2022.

The Warrior Priest is the fourth new career for the five heroes launched so far. Previously Fatshark has released the Grail Knight for Markus Kruber, Bardin Goreksson’s Outcast Engineer, and Kerillian’s Sister of the Thorn. Now it’s time for Victor Saltzpyre to get the spotlight.

The Warrior Priest of Sigmar is probably the most requested career there is, and for a good reason.

Tell us about the Warrior Priest.
Warrior Priests have been a central part of Warhammer for a very long time and who would do it better than our own Sigmarite, Victor Saltzpyre. Warrior Priests are the armoured fist of the cult of Sigmar, members of the order of the silver hammer, they are tasked with protecting the Empire from any enemy, within or without. They may join or even take command of armies in the field, or wander the lands, protecting the borders and help out at temples they pass by talking to initiates or even preaching at the Throng.

Some priests aren’t only courageous fighters but are especially blessed and can call upon interventions and miracles from Sigmar himself to aid the pure of heart in the war against the enemies of the Empire. 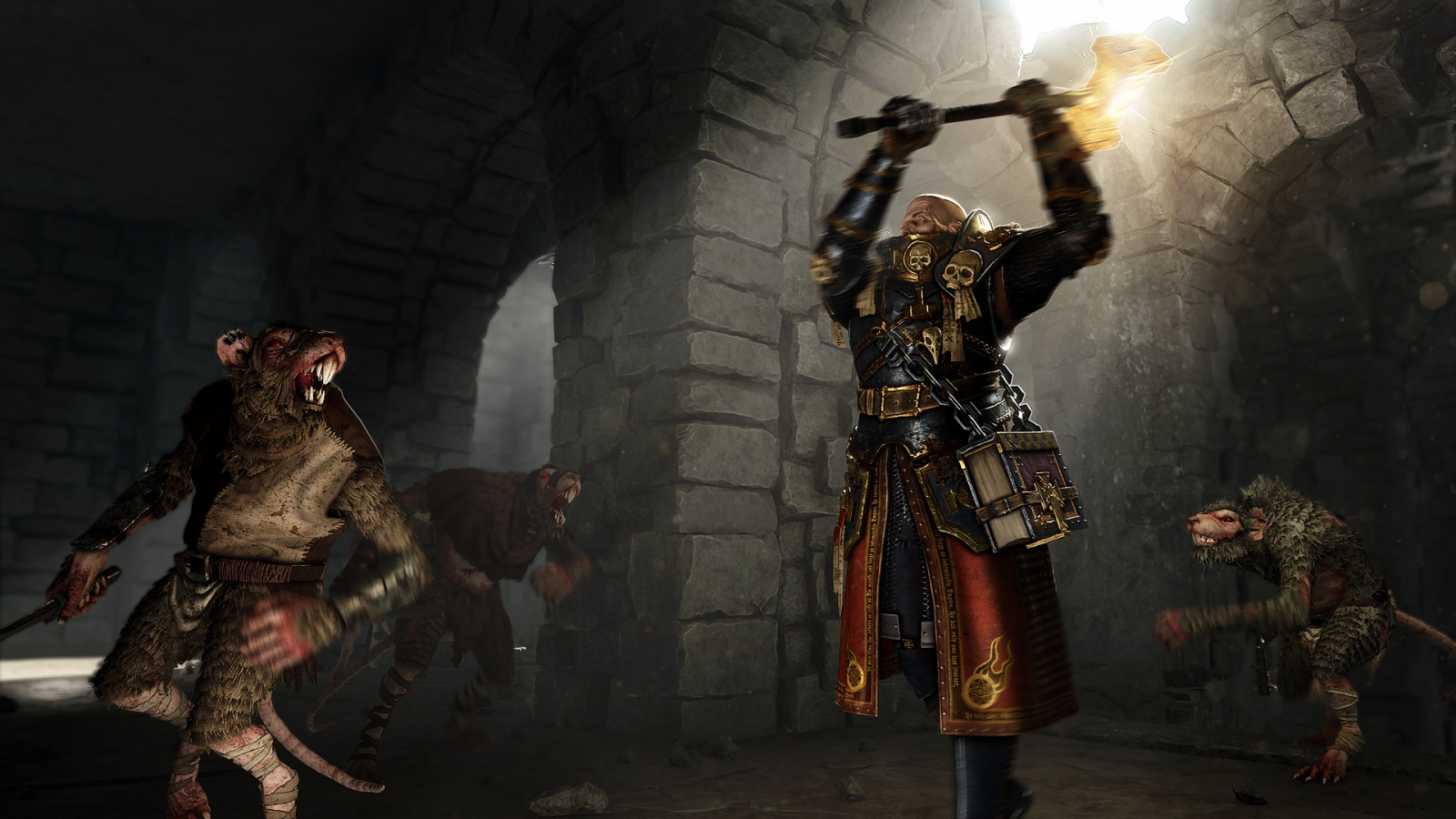 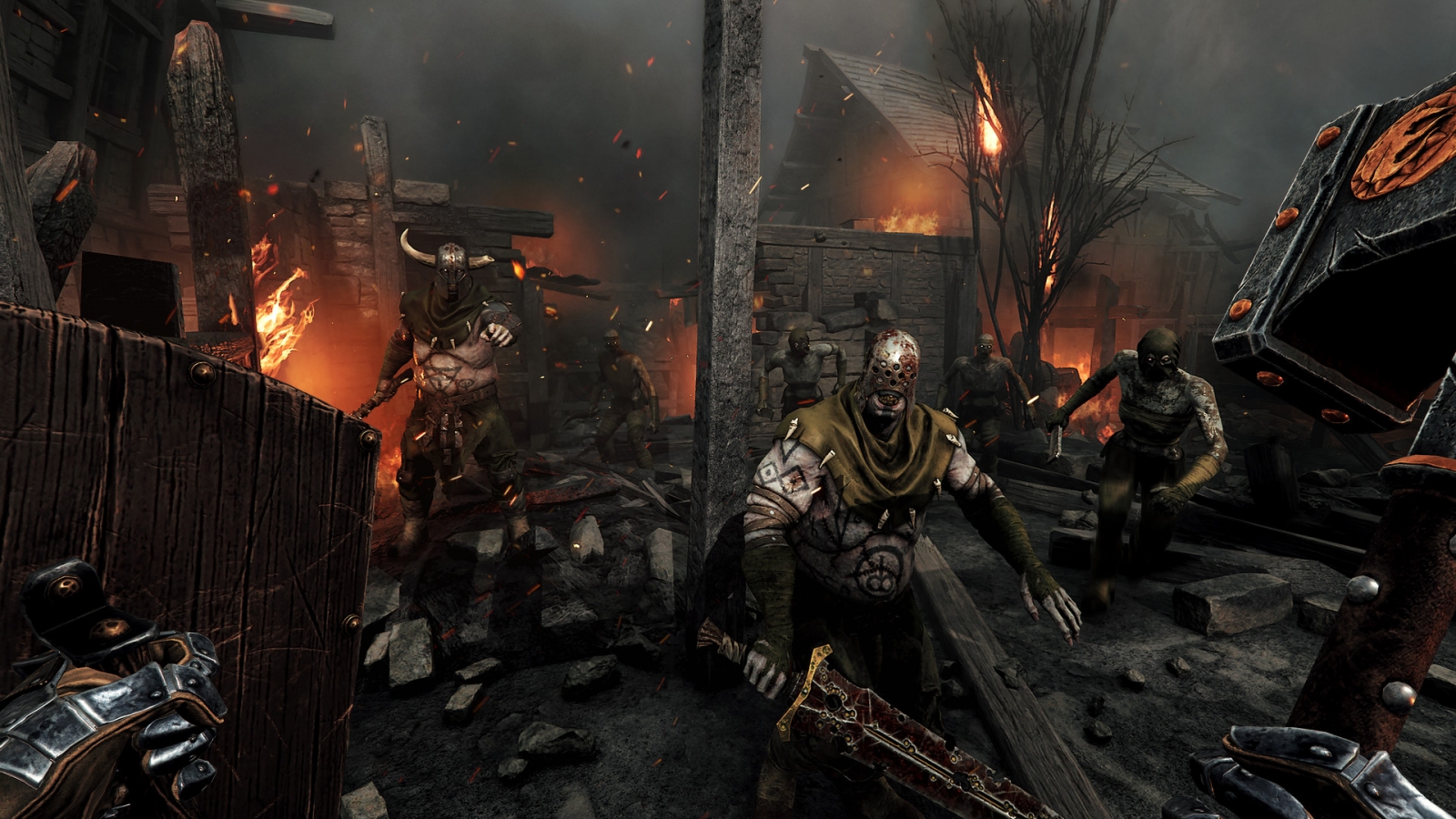 What is unique with the Warrior Priest?
The Warrior Priest of Sigmar, like the Slayer and Grail Knight before him, will not have traditional ranged weaponry available. He relies on his damage mitigating armor and skills coupled with hard hitting hammers to get the job done. His Career Skill is a protective shield that can be put on himself or his party members. This is the first time we’ve made the Career Skill a beneficial skill in this way and it makes him a very strong frontliner and supporting character.

How do you use the Warrior Priest career best?
The Warrior Priest of Sigmar has an affinity for smashing Chaos Warriors into the ground. And he’s also an excellent choice for carrying Skaven Grimoires around since he’s unaffected by their curse among other things. In any party he can have a strong impact when faced with danger by placing his protective shield on someone in the front. He can also shield allies who’ve been incapacitated to buy them time or free them. The nature of most hammers and especially coupled with his talent tree will make him great at controlling the enemies by staggering them. He also has a few talent options that enable him to heal allies in dire situations.

There is a new unique character skin and a recolored option as well. New weapon skins, paintings and more are included.. everything you need to make your Warrior Priest of Sigmar unique.

Now, we all know that there are five characters, and that means that one has not gotten a new career. Anything you can tell us about the next career or when it’s going to be released. Maybe what hero will get the next career?
A lot of players might have figured out by now who will get the next career, but let’s leave it at that. If you want to know more on who, what career, and when it will arrive you can always follow our social media and subscribe to our newsletter. Marketing will give us ice-cream for that answer – maybe even two scoops.

Stay tuned to Gaming Trend for more info on Warhammer: Vermintide 2 and for all your gaming, tech, and entertainment news!