Today, during Ubisoft Forward, Ubisoft announced that Tom Clancy’s Ghost Recon Breakpoint will release the latest Title Update 2.1.0 on July 15 on PlayStation 4 computer entertainment system, Xbox One and Windows PC, as well as on UPLAY+, the Ubisoft subscription service and Stadia. The update will be free for all players, providing the opportunity to play with AI teammates, and features a limited-time event dubbed Resistance, and more. Watch the announcement trailer for the Resistance live event here.

The addition of AI teammates to Tom Clancy’s Ghost Recon Breakpoint will offer new possibilities for solo players, who will be able to activate or deactivate them via the menu at any time, depending on whether they prefer to be backed up by their squad or play as a lone-wolf operator. Ghost Recon Breakpoint’s AI Teammates will retain gameplay features and abilities present with teammates in Tom Clancy’s Ghost Recon Wildlands, including the ability to execute given orders, the sync shot and the possibility to get revived. Additionally, it will now be possible to fully customize their physical attributes and gear. Players will also be able to pick their AI teammates’ main weapon, affecting the way they engage enemies in the world.

Starting July 16, all players will be able to take part in the new live event: Resistance!  Nomad will support the Outcasts during their counterattack on Sentinel forces and assist them in their efforts to save prisoners, attack Sentinel outposts and stop convoys looking for survivors. By completing the live event’s missions, players will have a direct impact on the presence of rebels throughout Auroa. This will create an opportunity for the Outcasts to initiate faction warfare between them and Sentinel forces, or with the Wolves. Players will unlock 14 exclusive rewards upon completing missions during the live event July 16–29. All main missions will still be available for all players after the end of the event. 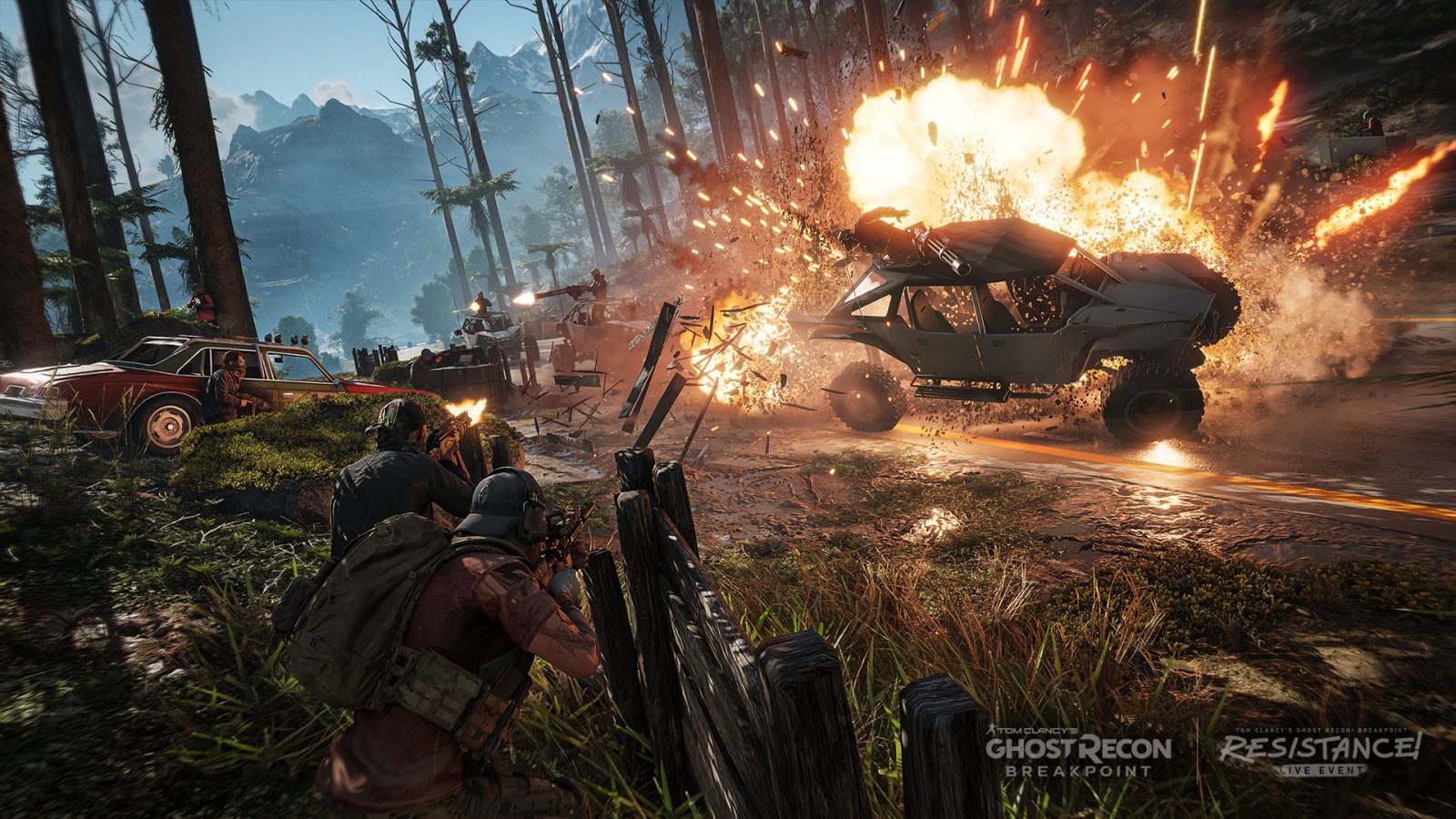 The update will also introduce new Ghost War PvP content including the observer mode and item drop functionality, as well as a wealth of improvements based on community requests, including enhancements to the Gunsmith.

The addition of AI teammates in Title Update 2.1.0 follows a series of core game updates that have massively improved and changed Tom Clancy’s Ghost Recon Breakpoint since launch. In particular, the release of the immersive Ghost Experience earlier this year allowed players to fully customize their experience, allowing them to remove gear levels and tiered loot. The game will continue to evolve throughout Year 1 with the upcoming launch of Episode 3 later this year. 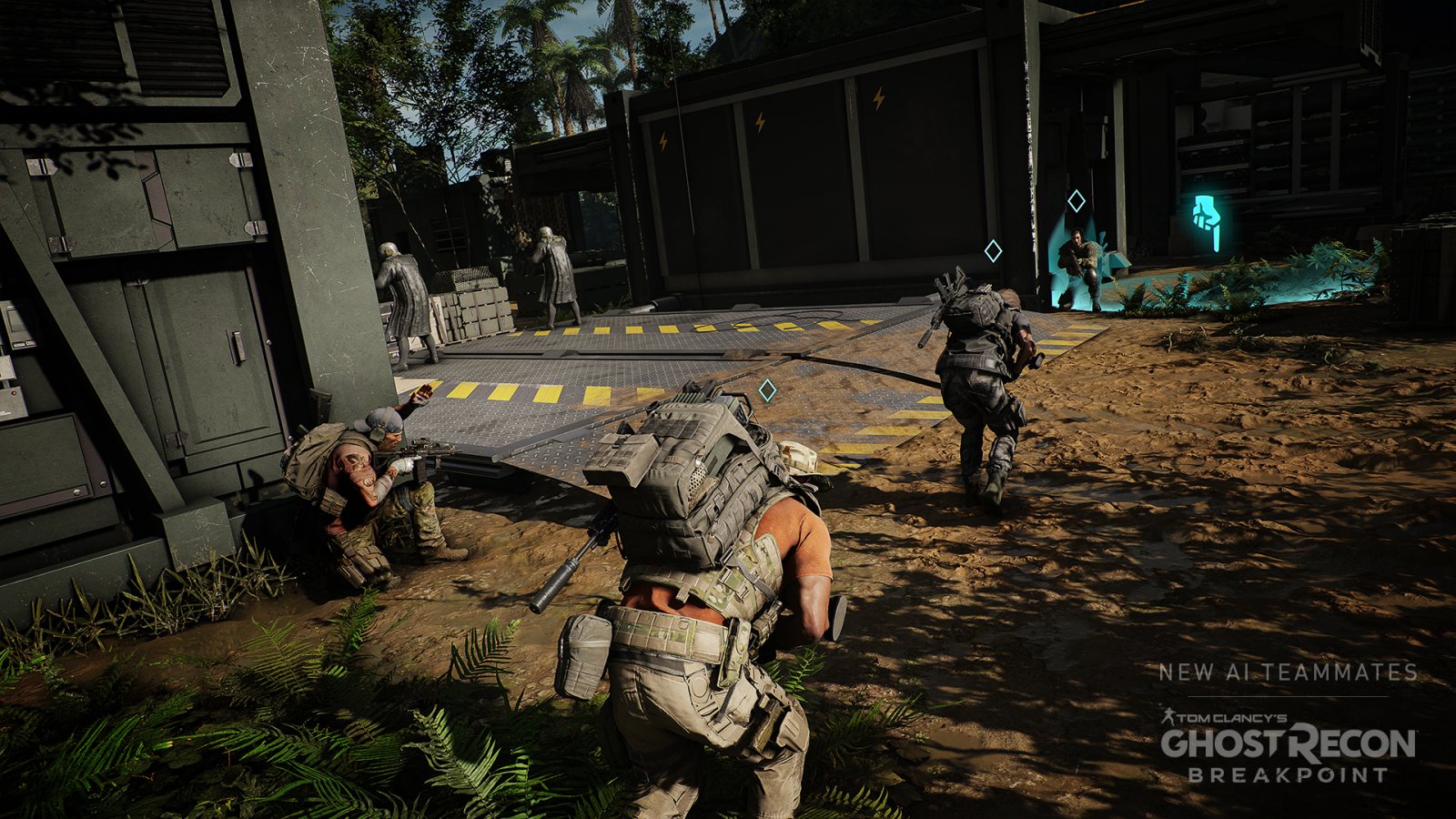 Players will be able to experience all these changes as Tom Clancy’s Ghost Recon Breakpoint will be free to try July 16–19. All players will have full access to the base game’s content for the duration of the free weekend and will be able to play co-op with anyone who owns the game.

In conjunction with the free weekend, standard and Gold Edition versions of the game will be discounted on the Ubisoft Store for a limited time. Additionally, players who purchase the game during the free weekend will see all their progress carried over. Thanks to the friend pass, Tom Clancy’s Ghost Recon Breakpoint players on Windows PC (Uplay & Epic), PlayStation 4 and Xbox One are able to invite up to three friends who do not own the game to join their co-op session

If you missed it, check out our review on Tom Clancy’s Ghost Recon Breakpoint here. Otherwise, check out the trailers above, and stay tuned for more news and reviews here on Gaming Trend.