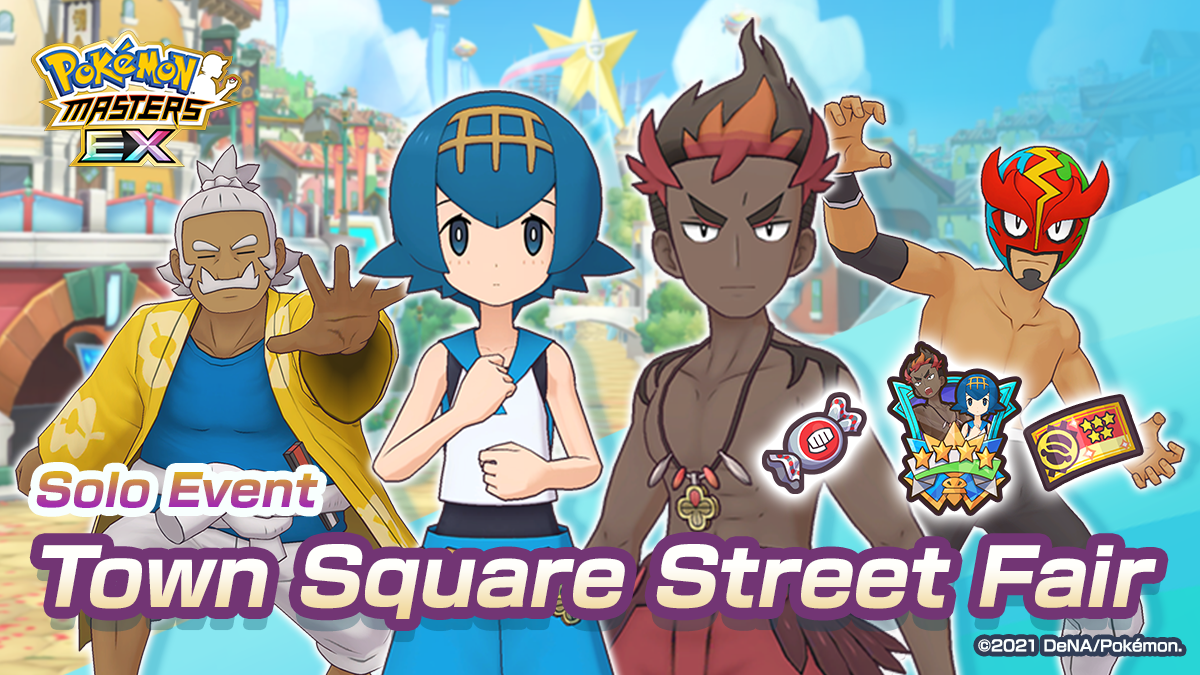 DeNA Co., Ltd. and The Pokemon Company recently announced four new Alolan sync pairs coming to Pokemon Masters EX, which will be available until next week.

According to DeNA Co., Ltd. and The Pokemon Company,

A story event called “Town Square Street Fair” will feature these sync pairs as they enjoy a Pasio street fair, interacting and battling against other Trainers like Korrina, Fantina, and Silver. Players that participate in the event will be able to earn in-game rewards, such as 5★-Guaranteed Scout Tickets (up to eight). Players that log-in to the game every day during the event, available from now until June 29 at 10:59 p.m. Pacific Time for players who have completed Chapter 1 of the Main Story, can also earn up to 1,000 Gems.

All pairs have a 6★EX Potential and are available on the sync pair spotlight scout from now until June 30 at 10:59 p.m. PST. 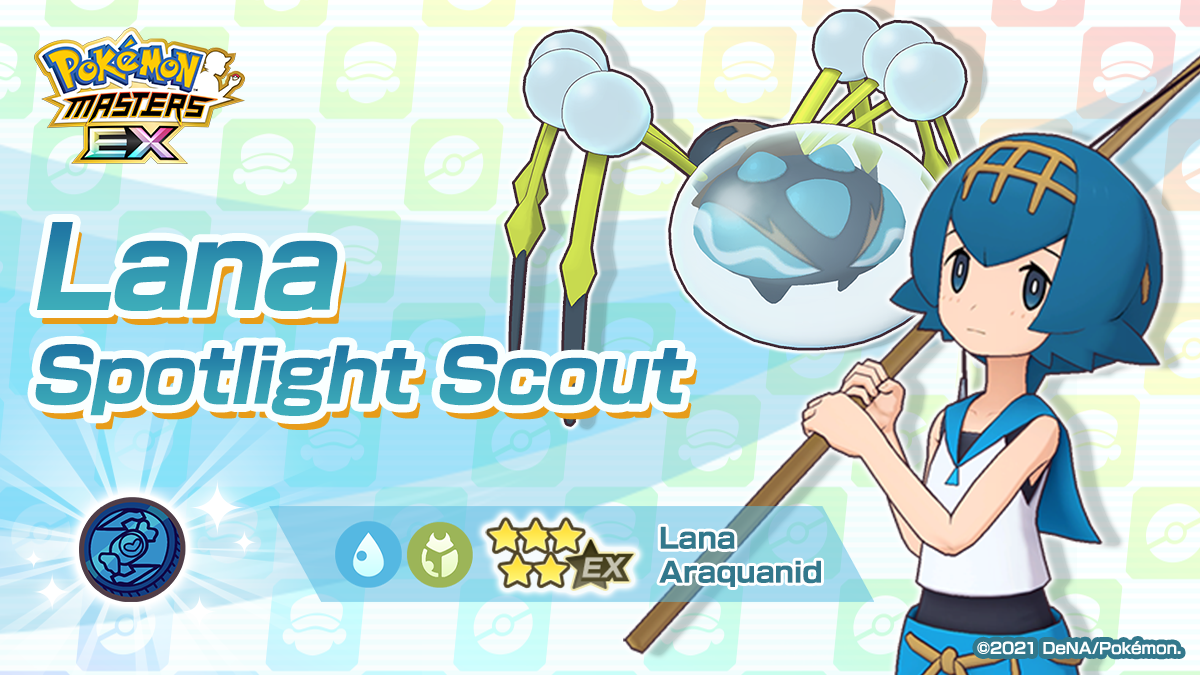 Lana and Araquanid: Water-type sync pair. Can use moves like Wide Guard that have them take a defensive posture and nullify moves that target the team. 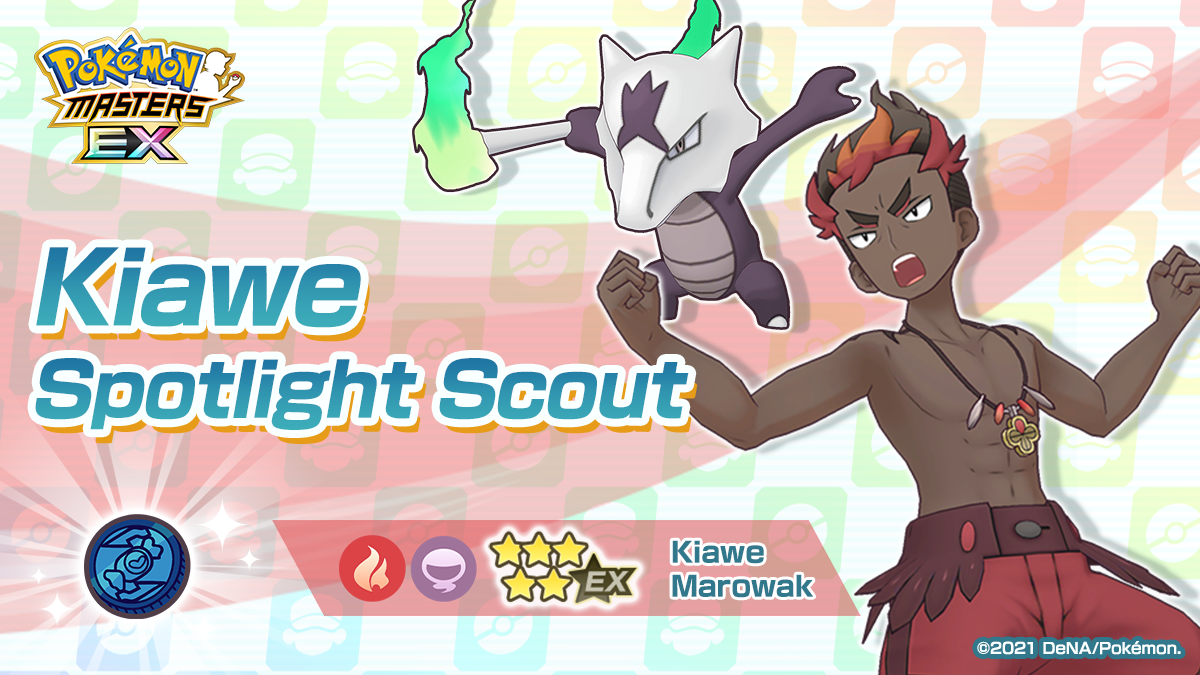 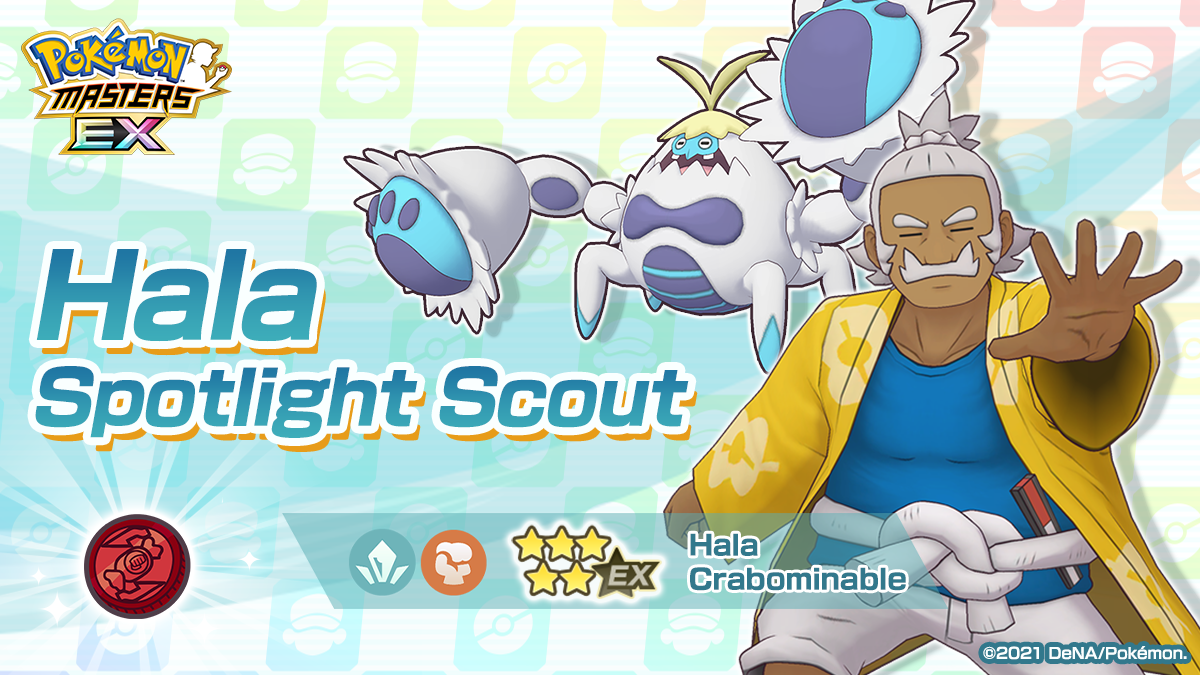 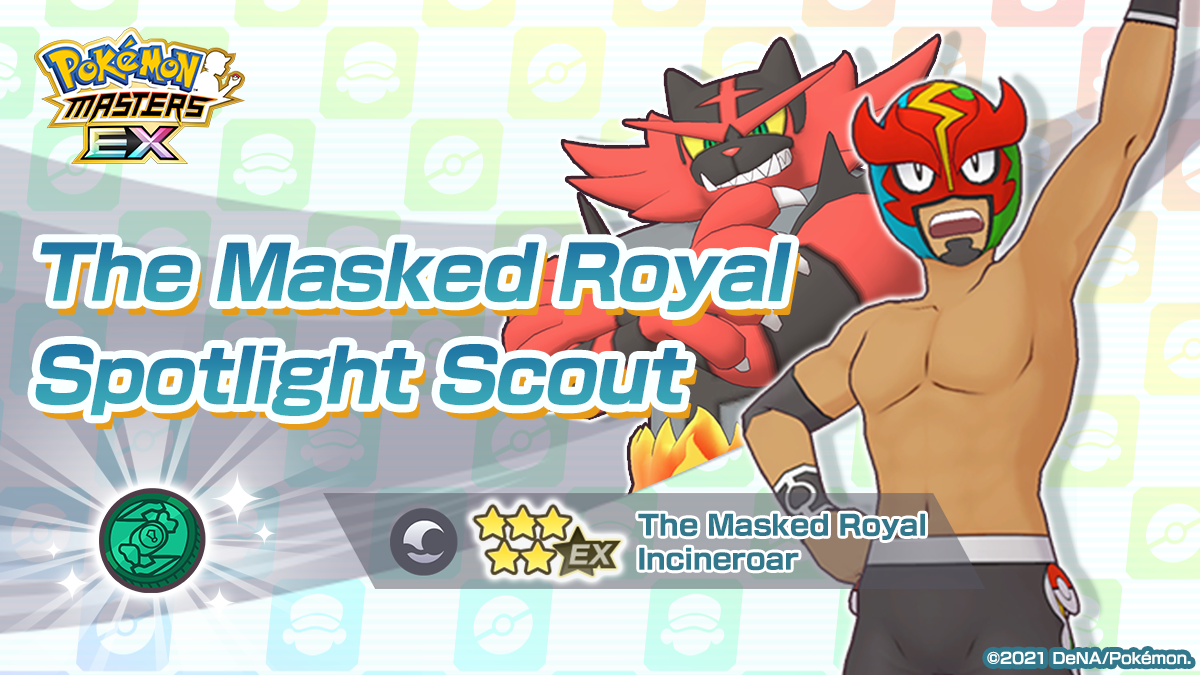 The Masked Royal & Incineroar: Dark-Type sync pair. Passive skill lowers all opponents’ Attack. Can use moves, like Brutal Swing, that attack all opponents at once.

There’s also a new addition to the main story, with  Chapter 29 being added.

In this new story chapter, the semifinals of the Pokémon Masters League (PML) have finally arrived, pitting the player character’s team of sync pairs against Lear’s. A highlight of this story is the conversations between Lear, Rachel, and Sawyer that show the bonds the three of them share.