A newly released Hogwarts Legacy video provides a look at the game’s vast open world, a deep dive into combat mechanics, and the first look at the Room of Requirement. Hogwarts Legacy is set to release on February 10th, 2023 on PC, Xbox Series X|S, and PlayStation 5, with previous gen versions coming later in 2023. You can check out the gameplay showcase above and read below for more details:

Warner Bros. Games and Avalanche Software today unveiled new gameplay videos for Hogwarts Legacy, the upcoming open-world, action role-playing-game launching February 10, 2023. The gameplay videos provide a look at the open world outside Hogwarts Castle via broom flight, a deeper look at combat in the Dark Arts Battle Arena and personalization in the Room of Requirement.

In the first section of gameplay, the player, a student at Hogwarts School of Witchcraft and Wizardry in the late 1800s, mounts their broom flying low over the open world. Flying above the Scottish Highlands, the player lands to explore a hamlet which provides an opportunity to meet different witches and wizards while also participating in quest opportunities. The player then mounts an Onyx Hippogriff (a Hippogriff variant exclusive to pre-orders) to traverse the landscape as it changes to winter and the land is covered by snow. 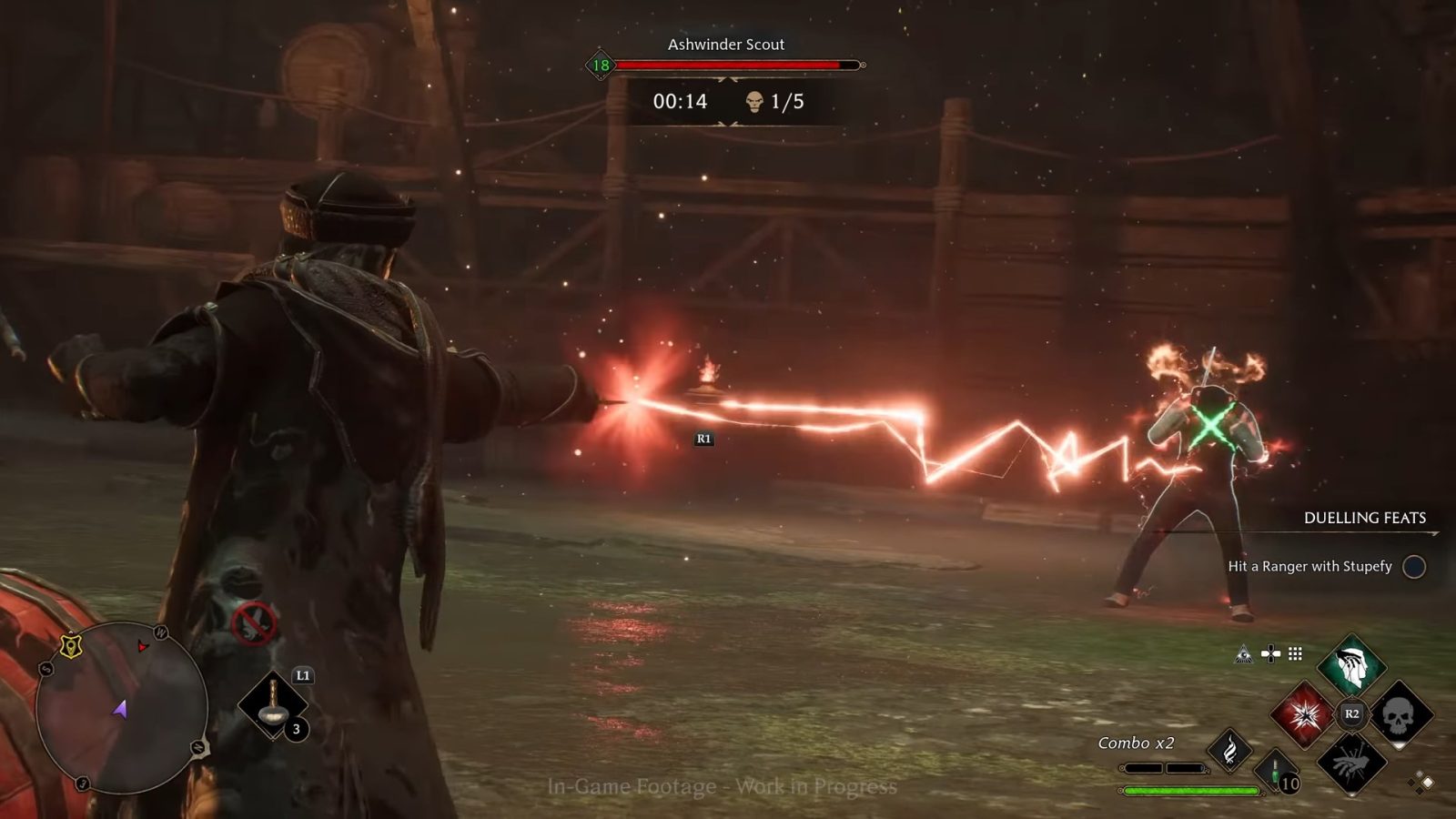 In a deeper dive of the combat, the player, wearing the Dark Arts cosmetic set, walks through the Forbidden Forest before riding a Thestral to the Dark Arts Battle Arena. The Dark Arts Cosmetic Set, Thestral Mount, and Dark Arts Battle Arena are available exclusively in the Hogwarts Legacy Deluxe Edition or for purchase in-game in the Dark Arts Pack. The player immediately casts an Avada Kedavra spell to show the enemy’s health bar instantly go to zero. Tools such as potions and plants from the Room of Requirement can be brought with the player into combat to help defeat enemies more efficiently.

In the final video, the player visits the Room of Requirement. The entire space can be personalized and the architecture can be changed as the player conjures objects into the space. Conjurations can be found at Tomes and Scrolls in Hogsmeade or rewarded for completing various activities throughout the game. Utility items like planting pots and brewing stations can also be customized. Over the course of gameplay, the player will be able to conjure the Loom which can be used to customize and add magical properties to their gear. And finally, the player walks to the Vivarium where beasts are cared for. A Graphorn, Niffler, Kneazle and Mooncalf are revealed. By petting and feeding a beast, they will give the player the magical ingredients needed to customize and upgrade their gear. A toy chest is also available to play with the beasts and the beasts can be given individual names.