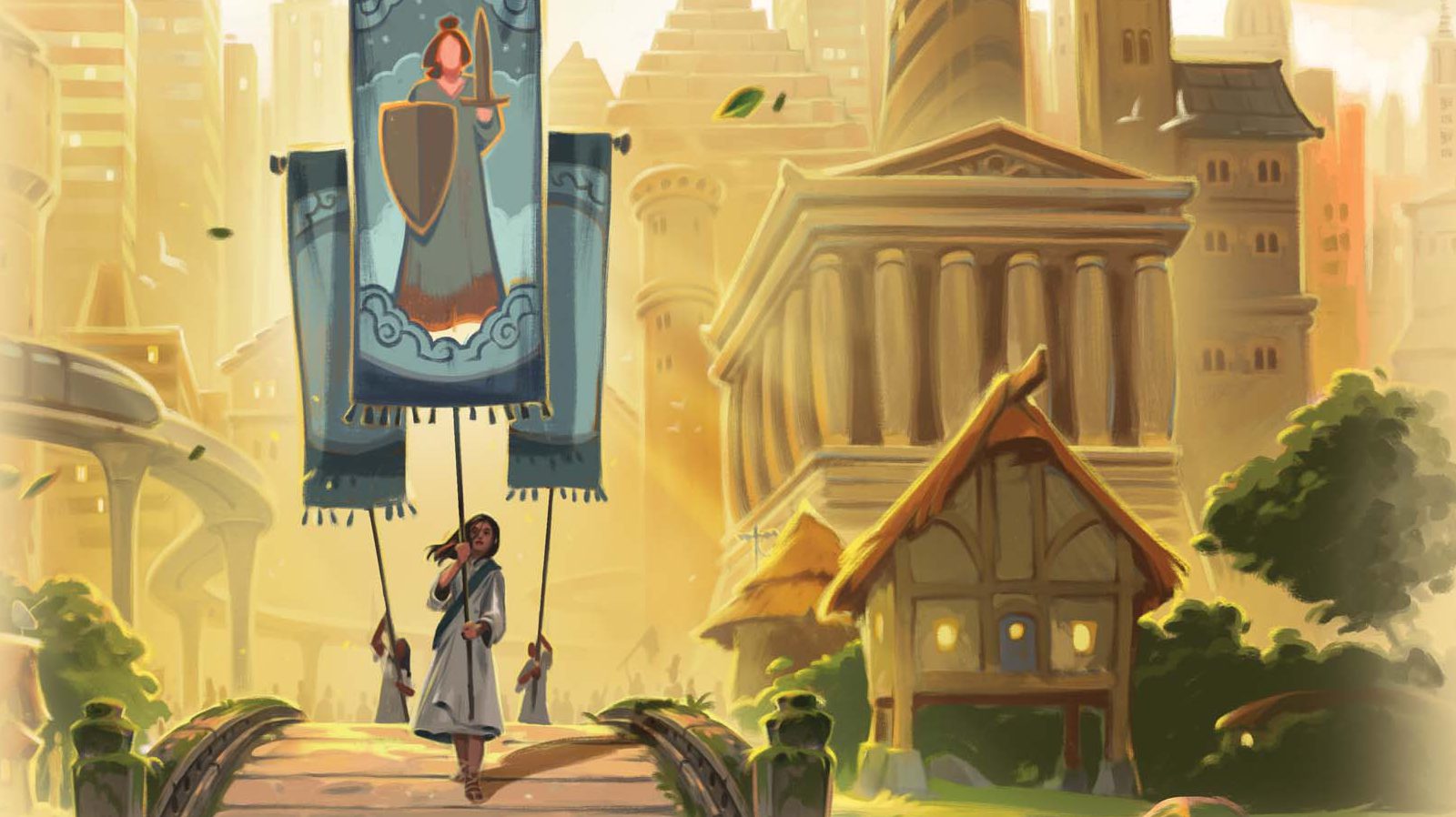 Jamey Stegmaier, the celebrated designer of recent era classics such as Scythe and Viticulture, has unveiled his next title: Tapestry. Known only as “Codename Clay” up until this point, Tapestry was announced this morning via Stonemaier’s August update. From the newly launched webpage:

Create the civilization with the most storied history, starting at the beginning of humankind and reaching into the future. The paths you choose will vary greatly from real-world events or people—your civilization is unique!

In Tapestry, you start from nothing and advance on any of the 4 advancement tracks (science, technology, exploration, and military) to earn progressively better
benefits. You can focus on a specific track or take a more balanced approach. You will also improve your income, build your capital city, leverage your asymmetric abilities, earn victory points, and gain tapestry cards that will tell the story of your civilization.

If you like A Feast for Odin, Mombasa, and Russian Railroads, we think you will enjoy creating your own unique civilization in Tapestry.

Other than it being a two hour game for 1-5 players (Automa rules are very likely), there is very little in the way of details at this time, but more will be revealed over the course of the next two weeks via the webpage, Facebook, and BoardGameGeek. Tapestry will be available for direct pre-order in early September.