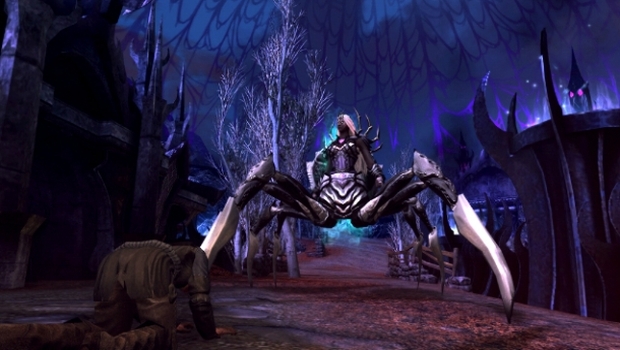 MMOs have always fascinated me.  While I’m traditionally a solo-RPG player, the expansive nature of MMOs speaks to me on a level I can’t ignore.  The other thing that fascinates me is just how fast some players can ratchet through levels.   While I take my time and explore every facet of the world, some players are busy rocketing to level 60.   This is true in Neverwinter as well.   Well, the folks at Cryptic are aware of this phenomenon as well and have planned accordingly.   Today I’ve got a sweet video of the Whispering Caverns – the highest-level adventure zone currently available, and also the land of the Drow.  Here’s a bit about it:

The zone is situated in the Underdark, where players will travel through passages, an underground labyrinth of forgotten tunnels, rough-hewn caves, giant underground cities, and even strange alien environments. There will be many new and fierce monsters along the way.Could this be the gateway to long-lost Gauntlgrym itself?

Illithids!  Cool.   Yep…I’m geeked out on Neverwinter.   The game is in Open Beta, so I don’t have to sit here and describe it – try it for yourself!   Jump in our Massively Multiplayer section and join the conversation!