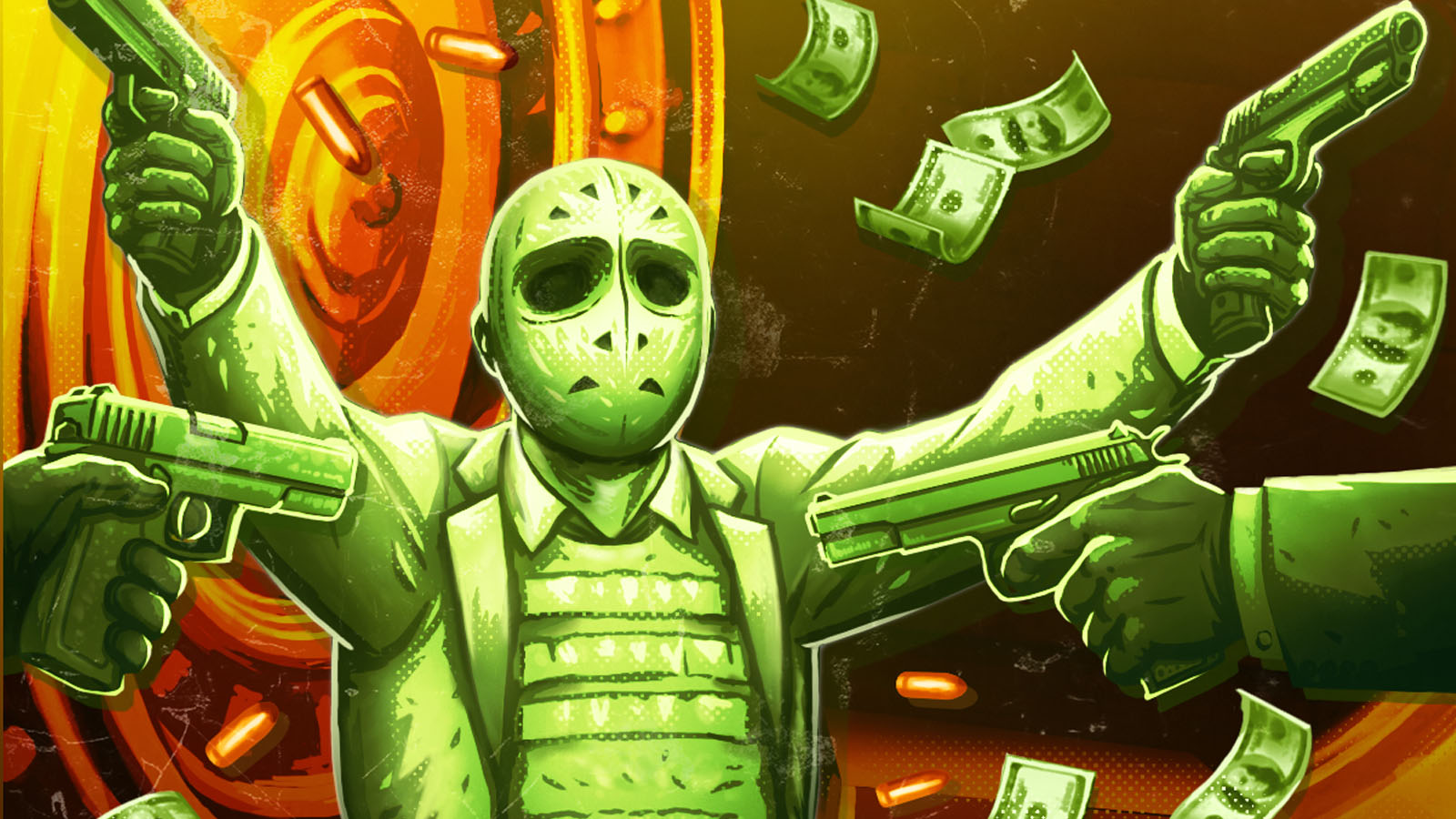 Atlas Games will soon release their newest social deduction game, Never Bring a Knife. This game aims to bring something new and different to the social deduction genre with less talking and more shooting. It is scheduled to release on January 17, 2020 with an MSRP of 17.95.

It was the critical moment in the heist of a lifetime when you found out the gang was compromised. Now it’s undercover cops and hardened criminals in a desperate shootout…and no one knows who’s who.

As bullets fly, your job is simple but dangerous as hell: Find out who’s on your team by figuring out who’s shooting who, keep your head down to avoid catching a bullet, and don’t tip your hand no matter what side you’re on.

If you love misdirection, fast gameplay, and modern action movies this is the game for you. 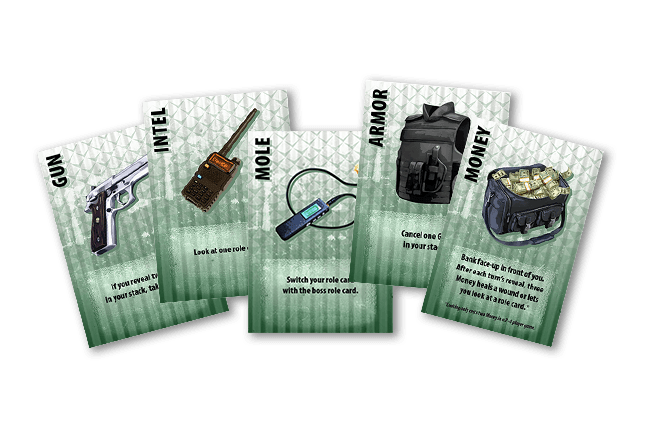 In Never Bring a Knife, everyone gets a secret role: Hardened Criminal or Undercover Cop. Everyone also knows one other player’s role.

Each round, players take turns until everyone has played four cards, and everyone has had four cards played on them. Guns deal wounds (but only when they come in pairs), Armor cancels Guns, Intel can check hidden roles, and more. And every round, Money talks — you can spend yours to gather info and heal wounds.

Any player with three wounds at the end of a round falls. If that happens, the game ends. Everyone on that team loses, and their opponents win. So you can’t win without protecting your friends, and your opponents are only as strong as their weakest link.

Pre-order the game on their website if it looks like the game for you and your group, and stay tuned to Gaming Trend for all your tabletop news.